With CO2 Boost, Marshes Can Rise to Meet Flood Risks

In the race to keep their verdure heads above rising seas, marshes that protect coastal regions from floods, storms and erosion harbor the botanical equivalents of nitro boosters: rapid growth fueled by climate-changing pollution.

The same greenhouse gas that’s doing most to warm the planet and uplift its seas can also work as a fertilizer. New research suggests that rising levels of heat-trapping carbon dioxide in the atmosphere could help communities of marsh plants grow quickly enough to keep up with changes that would otherwise inundate them. 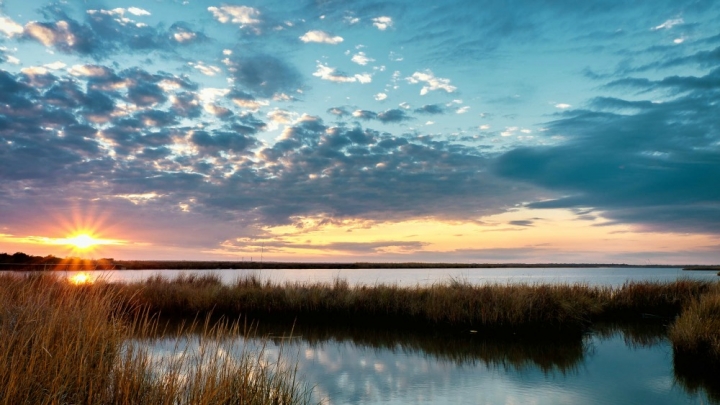 “The fertilization effect from increased carbon dioxide in the atmosphere definitely enhances marsh-plant biomass functioning,” said Katherine Ratliff, a PhD candidate at Duke University who led modeling-based research published this month in Proceedings of the National Academy of Sciences.

The findings suggest that mud shortages — not growth rates — could be the greatest challenges for marshes as they strive to grow quickly enough to keep up with rising seas. Sea levels have risen 8 inches since the late 1800s, with several more feet expected this century. The fostering of coastal ecosystems is considered a key defense strategy against future flooding.

The team of Duke researchers concluded that even moderately high potential levels of greenhouse gas pollution, which would be expected to submerge 40 percent of the common types of marshes studied by century’s end, could provide enough of a growth boost to protect all them from drowning.

That extra growth would reduce coastal flooding, while also helping to suck carbon dioxide back out of the atmosphere.

The rate of growth of marsh plants isn’t the only factor affecting how fast an entire marsh will grow, however. While marsh plants seem capable of taking care of themselves as carbon dioxide levels and sea levels rise in unison, other human-controlled changes could yet sink the ecosystems.

For a marsh to grow, its plants must grow while also producing and capturing mud. Bigger plants grow bigger root systems, sluice off more mud-forming detritus, and they are also more effective at trapping mud. But their ability to trap mud is only effective when it’s washing past them.

Channeling and dredging projects can remove mud from ecosystems and dump it on land or out at sea. Dams and levees can trap mud upstream, preventing it from reaching marshes. And flood control projects can prevent dirt from washing into rivers and down to reach marshes. Such problems are vividly evident in coastal Louisiana, where they are driving the loss of 16 square miles of land every year.

The loss of flows of mud is occurring at the same time that demand for it by marshes is increasing, as they struggle to build themselves up to cope with rising seas.

“These marshes tend to be resilient landforms,” Duke’s Ratliff said. “But if we don’t allow them the simple sediment they need to survive, they’re definitely going to be threatened.” 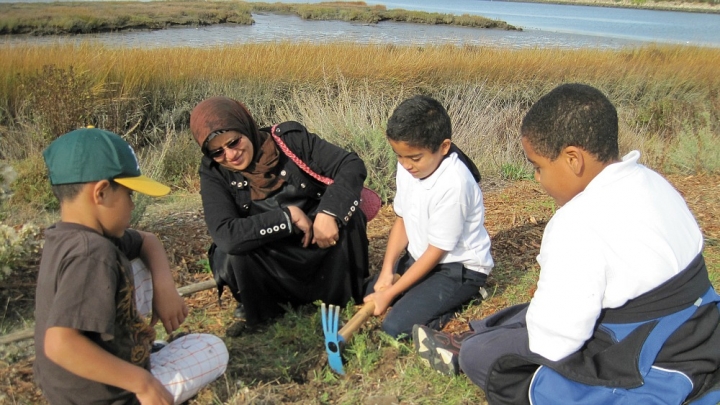 Grenier said the research adds to evidence that restored shoreline marshes, which are already fostering rising levels of wildlife, could remain permanent fixtures of Bay Area landscapes in the decades and centuries ahead. “It’s a great example of why we need to not give up on marshes,” she said.

But Grenier also said the findings add urgency to efforts to increase mud supply for marshes.

You May Also Like:
What Happened to the Polar Vortex?
More Than 50,000 Wind Turbines Now Twirl Across U.S.
Florida’s Record Warm 2015 an Outlier in U.S. East
North Carolina, Georgia Growing New Crop of Solar Farms