Climate ‘Models’ for Every Month of 2014

Climate science has an image problem. Attacks and mischaracterizations have plagued climate scientists to a larger degree than scientists in many other fields and obfuscated the goals of their work, which is to provide an accurate understanding of the world around us and what it will look like in the future.

Computer models are one of the main tools of climate scientists, who use them to simulate the Earth's climate system, but they recently served as an unlikely source of inspiration for a creative science outreach project at Columbia University that scientists hope will show the public the diverse research that goes into climate science and the real-life personalities behind it. 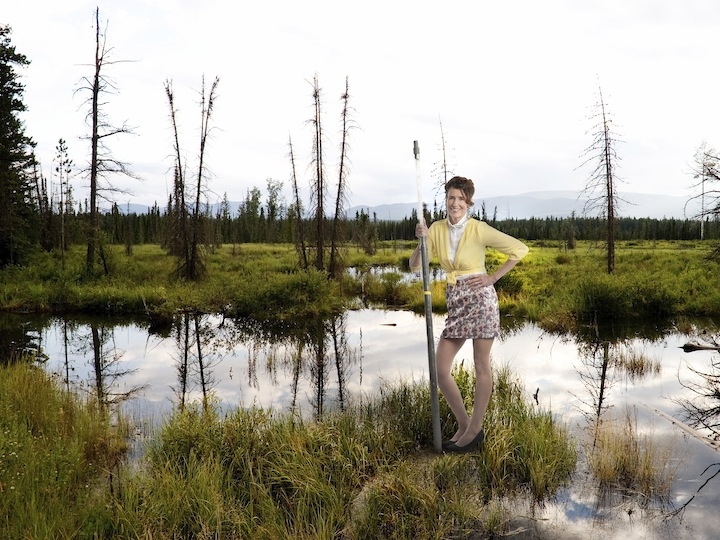 Dorothy Peteet stands in a bog with the equipment needed to take a sediment core. “You get stretched when you do something this out of the ordinary. I like stretching,” she said about being involved with the Climate Models project.
Credit: Charlie Naebeck

While computer models provide some of climate scientists' insights, the term also struck Francesco Fiondella, the communications officer at the International Research Institute for Climate and Society, as the perfect lead-in to create a scientist fashion calendar with scientists as models. Thus, the idea of the Climate Models calendar was born.

With the help of Rebecca Fowler, a science writer at Lamont-Doherty Earth Observatory, Fiondella rallied 13 scientists from Lamont and IRI to show some of their work while working for the camera. Each month of the calendar, which is being funded through Kickstarter with sponsorship from the Robert Rauschenberg Foundation and Awesome NYC, features one of the scientists doing their best fashion model impression against backdrops that showcase their different scientific disciplines.

Pinup calendars provided inspiration, but the goal of Climate Models isn’t just to play up a good (or perhaps groan-inducing) pun or to muscle firefighters and swimsuit models out of the calendar business.

“It’s a joke but with very serious ideals,” Fiondella said. The models also happen to be in on it.

“The juxtaposition is funny,” Dorothy Peteet, a Lamont researcher who studies sediment in marshes and bogs and October’s centerfold, said. “We need different ways to talk to the public. It (the calendar) catches your eye. If I were in my rain gear, nobody would look.” 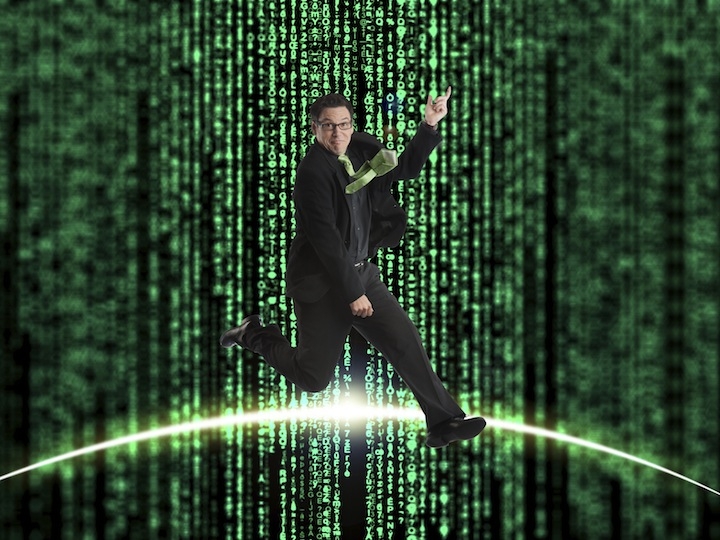 Jason Smerdon takes his star turn in front of the camera. “You can see how much fun we had doing the calendar,” he said.
Credit: Charlie Naebeck

The quirky images might solicit laughs and attract attention, but they’re also designed provide inspiration. “I have a 7-year-old son saying ‘I don’t like math.’ Showing scientists as role models . . . was definitely a motivation,” Fiondella said. “The calendar shows scientists who are at the top of their game, who are passionate about what they do, and who know how to have fun.”

Beyond inspiring math-averse children, the calendar also shows how broad a field climate science actually is. Computer models play a role in each of the 13 scientists’ work, but how they gather and use data, and the topics and regions they study are diverse.

Why Did You Want to be a Climate Model? from IRI on Vimeo.

While Peteet splits her time between her desk and taking sediment cores from bogs in upstate New York and Alaska, Jason Smerdon, a.k.a. Mr. March, spends most of his time at Lamont working on models and using others’ data to understand the past climate.

“There are thousands of scientists scattered across the globe working on climate,” he said. Though the calendar only captures a sliver of the field, he said it gives the public an avenue to start digging deeper and understanding the different types of research going on at Lamont, IRI, and other institutions.

At its most basic level, though, the calendar offers an introduction to the scientists themselves.

“This is letting people know who we are as individuals,” Lisa Goddard, IRI’s director who is featured in May, said while laughing about her love of shoes and wanting to wear a specific pair for the photoshoot.

Each scientist also helped choose a background for their picture, along with props, and their outfits. The calendar includes more about their research, reasons for getting into science, and some of their favorite climate charts for those who really want to geek out. Fiondella and Fowler provided an exclusive peek at one of the finished proofs in the image above (including a closer look at Goddard's shoes).

“It’s easy to hold up a few people and shoot the messenger,” said Smerdon, referring to the divisiveness that has sprung up around climate science. By showing the people behind the data, Smerdon said he hopes to humanize the people behind the research as a way to open up a greater dialogue with the public.

“A lot of the people I work with are people you’d want to have a beer with,” he said.

Fowler also hopes this gets the gears turning for other scientists interested in connecting with the public in non-traditional ways. “It doesn’t always have to be a blog post or a tweet or a podcast,” she said. “We should always be thinking of new and better ways to do things.”