Rising sea levels, extremes of weather and an increase in the frequency of droughts and floods will all play havoc with the world's energy systems as climate change takes hold, a new report has found. 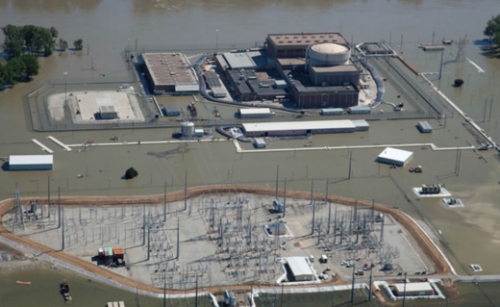 This power plant in Nebraska was not operational when the Missouri River flooded in 2011. If it was, the consequences could have been dire.
Credit: Nebraska Power

Energy companies are more often cited as part of the problem of climate change, generating the lion's share of the world's greenhouse gas emissions, amounting to around 40 percent of the total. But they will also suffer as global warming picks up pace, as generators – from nuclear reactors to coal-fired power plants – feel the brunt of the weather changes.

Many large plants are particularly at risk from droughts, because they need water to cool their facilities, and floods, because they lack protection from sudden storms. Electricity distribution networks are also likely to be affected.

The vulnerability of energy systems to natural shocks was shown starkly when the Fukushima nuclear plant in Japan had to be closed down following the 2011 tsunami, which prompted governments around the world to review their nuclear policies.

The World Energy Council (WEC), which compiled the study along with Cambridge University and the European Climate Foundation, urged generators to examine their vulnerability to climate change, saying that with suitable adaptations – such as protecting power plants from water shortages and building resilience into power networks – the worst of the problems could be avoided.

Christoph Frei, secretary general of WEC, said governments must play a key role in ensuring the world's vital infrastructure is protected: “Climate change is certain to impact the energy sector. We need robust and transparent policy frameworks to unlock the long-term investments that are urgently needed to deliver the future we want. Leadership will be required at all levels.”

Despite efforts to increase energy efficiency, the amount of energy used globally is still set to rise. But the effects of this could be mitigated if companies invest in renewable and low-carbon forms of energy, such as wind farms and nuclear power. 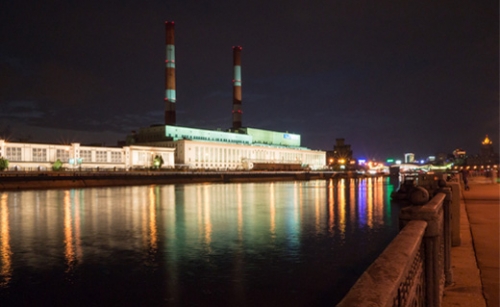 Power plants and electricity distribution networks are particularly vulnerable to droughts and floods, like this one in Moscow.
Credit: Kishjar/Flickr

Another key focus must be energy distribution networks – grids – according to the report, as new technology can be used to make grids “smarter”, saving energy by distributing energy from generators to users in more intelligent ways than has been the case with existing grid infrastructure technology, much of which is now decades old.

“The time has come to get real about the challenges facing the energy sector,” Frei said.

Hundreds of billions of pounds will be needed to invest around the globe in making energy systems more resilient in the coming decade, but most of this is money that must be spent anyway, just to keep the current systems going. If that investment is directed towards lower carbon fuels and greater efficiency, this could cut carbon dioxide emissions in the longer term, the study found. Switching to low-carbon energy would also reduce air pollution and bring health benefits, the authors said.

However, there is little sign so far that energy companies around the world have taken up this message. Fossil fuels continue to dominate new investments in energy generation capacity, according to the International Energy Agency. Attempts to create a global price on carbon emissions, that could help to reverse this trend, have largely foundered.

The report, released at the Asian Clean Energy Forum on Wednesday in Manila, was based on the latest findings of the Intergovernmental Panel on Climate Change, which predicted that the effects of climate change would become vastly more apparent in the coming decades, if no, or inadequate, action was taken to reduce greenhouse gas emissions.