LONDON – Such losses, says Ceres, a U.S.-based non-profit organization which promotes environmentally sustainable business practices, are set to rise considerably in the years ahead as a result of climate change, imposing an ever bigger burden on the U.S. taxpayer.

Federal and state disaster relief payouts last year alone are estimated to have cost every person in the U.S. more than $300. 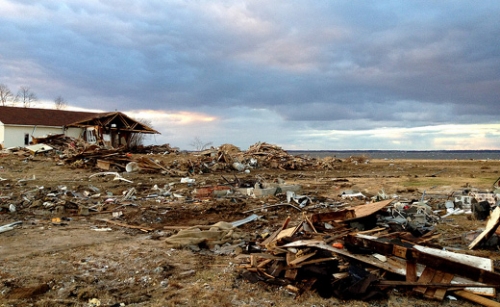 Last year in the U.S. more than $100 billion in financial losses was caused by extreme weather events, mainly Hurricane Sandy on the eastern seaboard and the severe drought which hit more than 70 percent of the country.
Credit: Wavian/Flickr

Yet according to a new report by Ceres, Inaction on climate change: the cost to taxpayers, the U.S. administration, its agencies and state bodies are still not facing up to the grave financial implications of a warming world.

“Part of the reason for our collective shortsightedness is that the issue of climate change, and what to do about it, has become politicized in the U.S.,” it says.

The report says there have been at least 200 weather-related natural catastrophes annually in North America in recent years, compared to around 50 a year in the early 1980s.

“As the frequency and severity of extreme weather events intensify with the effects of climate change, our federal and state disaster relief and insurance programs will become increasingly unsustainable as losses from such events increase”, says Ceres.

The biggest financial losses are caused by flooding, with a national flood insurance program paying out billions annually. But for years the program has been subsidizing insurance policies and underpricing its premiums in high-risk areas such as coastal regions and floodplains. As a result it’s effectively bankrupt, with debts of $30 billion owed to the taxpayer – and no realistic way of repaying.

Other factors are adding to the program’s woes. Sea levels along much of the eastern seaboard of the U.S. are rising between three and four times faster than the global average, says the report. Yet more and more people are settling in coastal regions in such areas as Florida and North Carolina, and property values are increasing.

According to the National Oceanic and Atmospheric Administration (NOAA), the coastal population of the U.S. increased by 39 percent between 1970 and 2010 and is likely to increase by another 8 percent by 2020. More people, in more expensive housing means more exposure to loss for the insurers. 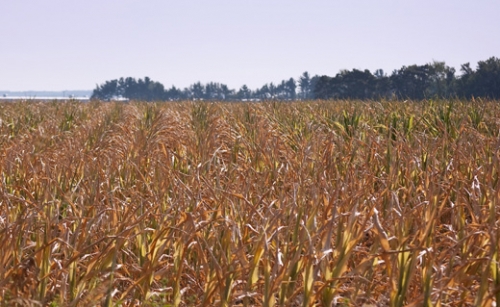 The report says there have been at least 200 weather-related natural catastrophes annually in North America in recent years, compared to around 50 a year in the early 1980s.
Credit: WxMom/Flickr

Ceres calls for the widespread application of new laws removing government insurance subsidies and for the phasing in of premium rates which better reflect climate change associated risks.

“Ultimately, however, individuals must understand the consequences of choosing to build in or to remain in an area that is highly vulnerable to flood risk.”

Building regulations should be tightened, with more solid homes being built in areas exposed to storms and hurricanes and less building taking place on floodplains.

A federal crop insurance program, the main source of funds for farmers affected by climate-related disasters, is “heavily subsidized, unnecessarily expensive to taxpayers and provides no incentive to farmers to use crop production methods that decrease crop loss and increase resiliency to extreme weather events.”

In 2012, due in large part to the drought and heat wave, the program paid out a record $17 billion.

Meanwhile taxpayer-funded federal and state wildfire protection payouts have tripled over the last 20 years due to longer and more severe wildfire seasons caused – says the report – by global warming. Increased population density in areas close to forests has also led to more payouts.

Overall policy must change, says Ceres, not only to take into account risks associated with climate change but also to better prevent and reduce damage from extreme weather events. One dollar spent on prevention saves four dollars in damages, says the report.

“Continuing to ignore these escalating risks may be more comfortable than confronting the challenges of climate change, but inaction is the far riskier and more expensive path.”