Climate Change Is Getting Its Own Museum

Miranda Massie is on a mission to create an institution from scratch. It will cost many millions of dollars and years to build, but when done, it will help define the next 200 years of human existence.

So what exactly is at the core of this mission? A museum based in New York City that chronicles the global and local impacts of climate change, the possible solutions and the connections that exist between every visitor to the museum and the world around them. 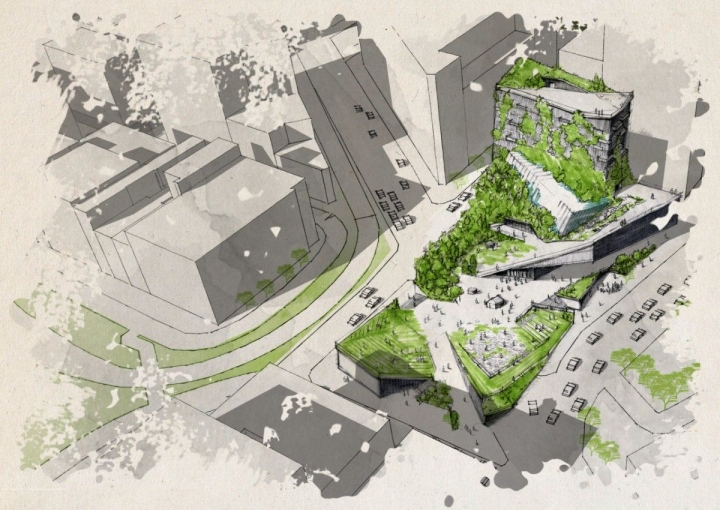 “The ambition of the museum is to be a lab and a hub of climate awareness by making things concrete and giving people a shared space,” Massie said. “It’s critical to building people’s confidence that what they do and say and think about climate can matter.”

Massie is a lawyer by trade, but she now runs the Climate Museum Launch Project, an idea that came to her in the wake of Sandy’s floodwaters in 2012. What started as a vision in her head has since been sketched by architects, approved by the New York Board of Regents and is about to see its first round of seed funding this fall.

The goal is to turn those architecture renderings into a real museum in the next six years. When finished, it would be the first museum in the U.S. to solely address climate change and it’s only peer globally would be the tiny, curiously-named Jockey Club Museum of Climate Change in Hong Kong.

Getting a museum turned from sketches to an actual building in six years is no small task. But the real hurdle is designing the exhibits inside its walls in a way that brings people together rather than dividing them. Curators at major science museums across the country have grappled with that reality for years.

“When we engage our audiences in tough issues, we do not want to engage in debate,” David Rabkin, the director for current science and technology at Boston’s Museum of Science, said. “Debate is exactly what we do not stand for.”

It’s been a challenge for the museum to design a climate change exhibit that leaves the debate gridlock behind and instead gets audiences to think critically about the issue and the various solutions. So much of a challenge, in fact, that museum hasn’t yet built one.

“We’ve figured out pieces programmatically, but we haven’t figured out how to do it in an exhibit,” he said. “It’s why this museum doesn’t have a permanent exhibit on climate change. We want to figure out something different and effective, how to actually not just preach to the choir but create an exhibit experience that can teach a very broad segment of the population to think for themselves.”

How the climate museum sidesteps those pitfalls is something Massie thinks about all the time. There are more than a few good things going for the project. For one, museums are some of the most powerful places on the cultural map.

“People like museums,” Naomi Oreskes, a science historian at Harvard, said. “They go on their days off with their children, they pay money. Most people aren’t reading Science Times or getting PhDs in atmospheric chemistry.” 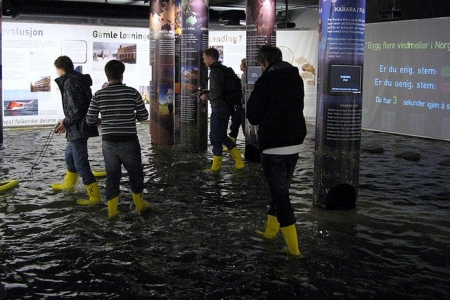 American museums get about 850 million visits annually, nearly double the attendance of all major league sporting events and theme parks combined, according to the American Alliance of Museums. Massie expects that the museum could add another million visitors to that total once it’s up and running.

Part of what keeps people returning to museums are powerful exhibits. The Museum of Science aims to create iconic, emotionally resonant moments for visitors whether it’s by having scientists give public talks or just having cool exhibits. Rabkin rattled off a few in particular including their Van de Graaff generator, which incidentally is vividly seared into this Boston-raised science writer’s childhood memories.

Rabkin also mentioned a climate exhibit at Norway’s Teknisk Museum that had visitors remove their shoes and put on boots before wading through six inches of water that covered the exhibit floor, giving visitors a glimpse of sea level rise.

“That’s an incredibly creative way to open people’s mind and put them in a different place and set stage for some kind of different thinking and learning,” he said.

Massie wants the museum to cover the science in an interesting way, but more importantly, she wants it to be a place that celebrates solutions and the power of individuals.

“We want the legacy to be that the museum helped put climate at the center of our shared culture and ethics and public life. It’s not just the province of elected officials or scientists, it’s the province of all of us,” she said.

She wants to build feedbacks into the museum, whether it be an app users can use to share their climate solutions with other visitors or connecting visitors through live video to people in other parts of the world that are on the frontlines of climate change.

For better or worse, the museum isn’t going to become irrelevant anytime soon. Even if all carbon emissions stopped tomorrow, the planet will still face massive changes for centuries due to all the extra carbon dioxide that’s already piled up in the atmosphere.

“This is an institution for the next 200 years,” Massie said. “We need a climate-engaged public as soon as possible. Even if we get everything done we need to get done in Paris and make fantastic progress, we’ll still need institutions like the museum for the long haul.”