Climate Change Gets Up Close and Personal

If you’ve ever wondered how much little things really matter, consider the mountain pine beetle. Roughly the size of a grain of rice, the glossy black insect lives only about a year, but a female beetle can travel as far as 30 miles to find a pine tree, where its larvae can hatch and eat the inside of the bark. A throng of beetles can ravage a pine as tall as an eight-story building, as the tree first oozes sap, then its needles turn rusty red. In the past decade, in the pine forests that bristle across the U.S. West and Southwest, from Alaska to southern California, millions of acres of pines have died in one of the worst pine beetle epidemics anyone has ever seen. 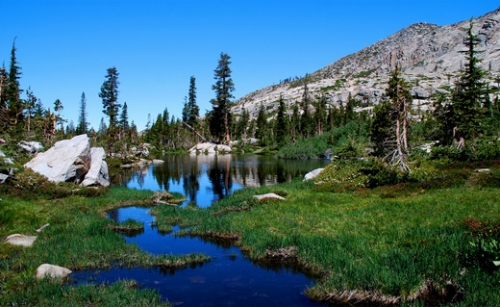 Foresters have suspected for more than two decades that an explosion of insects was in the cards, based on predictions for global warming.
Credit: Jose Antonia Galloso/Flickr

Foresters have suspected for more than two decades that an explosion of insects was in the cards, based on predictions for global warming. Warmer weather can give beetles and other insects a chance to expand into new territory in frigid northern climes and at high altitudes. As early as 1991, managers with the U.S. Forest Service began discussing how to prepare for more widespread pest epidemics. But global predictions for climate change, though consistent on large-scale trends, weren’t specific enough to discern the variations in temperature and terrain (such as at different elevations along a mountain slope) that can make a difference to beetles. Global climate models divide the planet into a giant grid and lump anything the size of Yellowstone National Park into a pixel or two. “The stuff that will end up mattering to beetles, a lot of that is going to be lost on the scale of those models,” says James Powell, a mathematics professor at Utah State University who uses mathematical simulations to predict how changes in climate affect plants and insects.

The results help answer practical questions — such as how drought might spread across Africa or how bad Lyme disease could become in Maine as warmer winters let deer ticks march north.

In the past several years, advances in both climate science and supercomputing have begun offering people like Powell a more intricate picture of the future: models of climate change that zoom in to hyperlocal scales. In 2011, the University of Idaho unveiled a model that estimated future climate for areas as small as 2-and-a-half miles over the entire continental United States. When combined with years’ worth of field data on trees and temperatures gathered from a range of sites from southern California to northern Washington, this is enough information for Powell and his collaborator, U.S. Forest Service entomologist Barbara Bentz, to begin mapping the places where pine beetles may expand across the West. They will give the results to forest and park managers so they can start planning how to respond to future beetle attacks.

Such small-scale models are now being used around the world to predict in great detail how climate change will affect the basics of life. It’s a process called “downscaling” — a rapidly emerging area of research. Scientists begin with one or more of the dozens of global climate models and real-world data on weather and topography. They use complex computer simulations, statistical calculations or both to pinpoint their predictions to the realm of the particular. The results help answer practical questions — such as how drought might spread across Africa, how bad Lyme disease could become in Maine as warmer winters let deer ticks march north, or how often the Columbia River will flood by the middle or end of this century.

“Much of the attention is actually turning away from basic research to the more applied side,” says Robert Oglesby, a climate scientist at the University of Nebraska–Lincoln. “What are the impacts of these climate changes going to be, using high-resolution climate model downscaling?”

This spring, Oglesby and another UNL climate scientist, Clinton Rowe, released the results from downscaled models that dealt at a resolution of two-and-a-half miles with Guatemala’s jagged mountain terrain. The consequences of climate change are especially dire in a country already prone to mudslides and violent coastal storms and with a large population living in poverty. But Guatemala’s topography is so uneven it is tough to visualize the full impact with the big brushstrokes of a global climate model.

With funding from the InterAmerican Development Bank and the Guatemalan government, Oglesby and Rowe are training scientists in Guatemala to use the new predictions to reckon with specific questions, such as how climate change might affect floods, farming or hydroelectric power.

In the scenarios in which greenhouse gas emissions remain high, insects and drought ravage large areas of forest, turning them into shrubs and grassland by about 2100, says Hansen.

This type of research responds to a growing demand for more and more detailed information about climate change. In the U.S., for example, the Obama administration has required all federal agencies to write plans for adapting to warming temperatures and worsening storms, floods and other disasters.

Downscaled models can also bring into focus, in sometimes shockingly vivid detail, the consequences of releasing too much carbon dioxide. In September, NASA unveiled climate projections for the U.S. at an even closer range — a half-mile resolution — based on the newest global models from the Intergovernmental Panel on Climate Change, the leading international body of climate scientists. Andrew Hansen at Montana State University is using NASA’s data to estimate what might happen to public lands, such as Yellowstone, Grand Teton and Glacier national parks in the northern Rockies. In the scenarios in which greenhouse gas emissions remain high, insects and drought ravage large areas of forest, turning them into shrubs and grassland by about 2100, says Hansen. Without the cover of trees, mountain snowpack dwindles, which starves the West’s water sources. “It’s pretty dramatic. The northern Rockies are the water tower of the West,” he says. 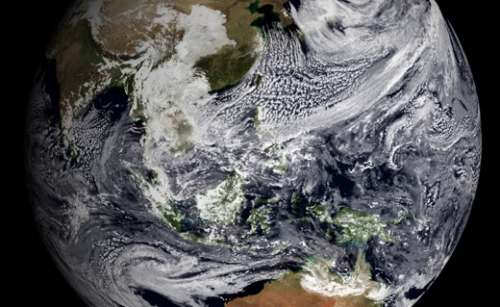 While global climate models portray an unequivocal picture of a warming planet, there’s more uncertainty at the small scale. For instance, the U.S. Southwest is almost certainly getting drier. But can researchers make a reliable prediction about a single square mile in, say, Pasadena that’s clear and reliable enough for the local water district to start preparing for what’s coming?

“It certainly is worth exploring those fine spatial scales, like a kilometer, but we have to figure out what we know and don’t know,” says William Gutowski, professor of meteorology at Iowa State University. Gutowski is part of a group of scientists who, five years ago, formed a collaboration called the Coordinated Regional Climate Downscaling Experiment, a project of the World Climate Research Program. The scientists, who hail from research institutions in places as far-ranging as Korea, Australia and Italy, are trying to bring together the independent work on downscaling that’s happening around the world and find out which methods generate the most reliable results. They are also developing downscaled predictions for every region of the globe at the same scale, about 31 miles, that are accessible to scientists worldwide, including those in developing countries who may not have access to the same supercomputing technology as researchers elsewhere.

Square mile by square mile, the researchers are mapping how summer days will swelter in Los Angeles’s inland neighborhoods and snow will fall less frequently on slopes in the San Gabriel Mountains.

At the University of California, Los Angeles’s Department of Atmospheric and Oceanic Sciences, scientist Alex Hall leads a team that has pioneered a downscaling method he believes cuts out some of the uncertainty at small scales. Instead of relying on just one global climate model, as some downscaling methods do, the UCLA approach combines computer simulations and statistics to pull together results from 32 models. Hall’s team is now producing local climate predictions for Los Angeles with funding from, among other sources, the city and the American Recovery and Reinvestment Act of 2009. Square mile by square mile, the researchers are mapping how summer days will swelter in Los Angeles’s inland neighborhoods and snow will fall less frequently on slopes in the San Gabriel Mountains.

“By getting down to the neighborhood level, we’re going to help people understand what climate change means for them, their home, their family,” he says.