Living in Ames, Iowa, Steven Cannon is no stranger to the Midwestern potluck. Instead of a potato-chip-capped casserole, however, Cannon serves up “potato beans” fried in duck fat or simmered in south Indian spices. Either way, he says the smooth-textured starch, hinting of boiled peanut flavor, is always a hit. 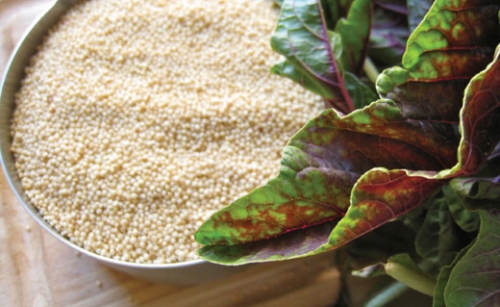 The potato bean, also called groundnut, is one of 20,000 wild legumes that go uncultivated. That doesn’t stop Cannon, a research geneticist at the U.S. Department of Agriculture Agricultural Research Service in Ames, and colleagues from trying to secure these high-protein tubers a spot on dinner tables.

Cannon has grown almost 60 wild varieties of the plant in the experimental fields near his office, identifying a handful that yield as well as sweet potatoes — even during last summer’s notorious heat wave. Most people would consider them weeds. But the cold, harsh reality is that in a hotter, drier climate, today’s weeds may be tomorrow’s dinner. From potato beans to lupine, dinner menus in 2050 could look decidedly different from those today, if these edibles get a fair taste.

Currently, only 30 crops provide 95 percent of calories consumed worldwide, yet some 7,000 plant species have been used as food crops throughout history. Variously called orphan, neglected or underutilized species, these potential crops have an added bonus — they are often climate hardy.

“In addition to breeding more robust varieties of corn, soybean and wheat, we should also domesticate species already adapted for extremes,” Cannon told a crowd at the International Plant and Animal Genome conference in San Diego in January.

Unfortunately, making the leap from field to table isn’t a straightforward affair. “Lack of demand is one of the biggest hurdles for an underutilized species,” says Michael Hermann, global coordinator of Crops for the Future, a Malaysia-based organization focused on agricultural diversification.

People are becoming more adventurous, conscientious eaters, however — spurred in part by the locavore and slow food movements as well as the increasing prevalence of food-focused TV shows. “Compared to the past, people have a greater curiosity about food,” says Stefano Padulosi, an underutilized-crop advocate working at Biodiversity International, a research-for-development organization headquartered in Rome. 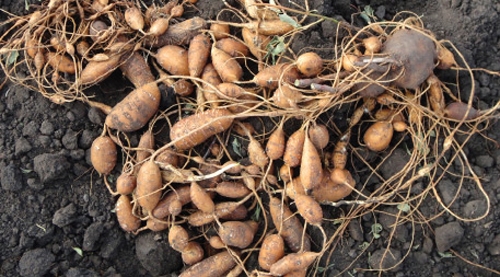 Potato beans may get a seat at dinner tables in the future as climate change makes people look to underutilized plant species that are already climate hardy.
Credit: USDA via Ensia

A growing number of chefs are capitalizing on that curiosity; some are even looking to cultivate tastes for overlooked foods. For example, John Farais is a Marin County chef passionate about food native to the Americas. “What’s more local than Native?” his website reads. Under the name Indigenous Edibles, Farais showcases his culinary creations as a private chef and cooking class instructor and, recently, at the Guest Chef experimental restaurant in Oakland, Calif.

“The concept is simple — the larger your portfolio of biodiversity, the better your position to absorb the shocks, from climate or price swings.”

Farais favors foods such as the prickly pear fruit, a high-protein grain called amaranth, madrone berries and mesquite bean pods. “To increase the availability of native species, we must eat the foods, creating a demand for them,” he says.

It may not be coincidence that this trend toward natives is taking hold in a region where drought is likely to become the new normal. Chef Janos Wilder, named top chef in the Southwest in 2000 by the James Beard Foundation, serves mesquite flour and prickly pear cactus at his famed Downtown Kitchen in Tucson, Ariz. — menu items also found at the Desert Rain Café in Sells, Ariz. The café has an added goal, however — to “reinvigorate culture and health on the Tohono O’odham Nation,” Native Americans residing in the Sonoran Desert.

The rising popularity of mesquite — whose bean pods are milled to make a nutritious flour — is due, at least in part, to Desert Harvesters, a Tucson-based grassroots organization that promotes the multiple benefits of indigenous foods. Mesquite is a prime example of a sustainability trifecta, trumpeting cultural, climate and food-security advantages. 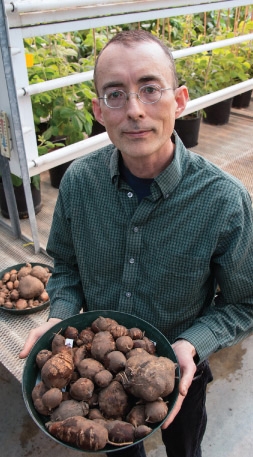 Steven Cannon with a bowl of potato beans.  A growing number of chefs are capitalizing on that curiosity; some are even looking to cultivate tastes for overlooked foods.
Credit: USDA via Ensia

While empowering people to produce their own food, Desert Harvesters blurs the lines between cropped and wild plants in their region. “We collect in the wild if the plants are in great abundance, and we plant them in urban environments,” says Desert Harvesters volunteer Amy Valdés Schwemm, adding that the public realizes the need to explore native plants that can withstand expected climate extremes.

“Climate change is really opening minds,” says Padulosi. When regions realize that a 2-degree temperature increase will dramatically impact cultivation of wheat or rice, they are obliged to look at diversification strategies, he adds. “The concept is simple — the larger your portfolio of biodiversity, the better your position to absorb the shocks, from climate or price swings,” he says.

Though Schwemm works to promote the sustainable use of native plants, she notes that demand is growing faster than production. Demand can be a tricky thing to spark without it spiraling out of control. Take quinoa, a highly nutritious grain grown in the arid mountains of Bolivia and Peru. Health consciousness in western cultures caused demand for this high-protein, traditional Incan food to skyrocket in recent years, ironically endangering the fragile ecosystems in which it grows so well.

But quinoa’s boom proves that the rediscovery of cultural traditions as well as nutritional attributes, often advocated by champions such as celebrity chefs, can do more than research and development to promote a minor crop, says Hermann.

Having done the research, Cannon says the next step is to pass on his first surplus tubers to interested chefs. He’s not alone in taking that step. Alex Wenger, a college student studying sustainability at Goddard College and an experimental farmer in Lancaster County, Pa., discovered potato bean last year and is working with local chefs to develop recipes. “The effect chefs have on popular food culture is immense,” he says. “They are the ones who will create a demand for new foods and incentive for farmers to plant them.”