LONDON — One of Africa's driest regions — the Sahel — could turn greener if the planet warms more than 2 degrees Celsius and triggers more frequent heavy rainfall, scientists said on Wednesday.

The Sahel stretches coast to coast from Mauritania and Mali in the west to Sudan and Eritrea in the east, and skirts the southern edge of the Sahara desert. It is home to more than 100 million people. 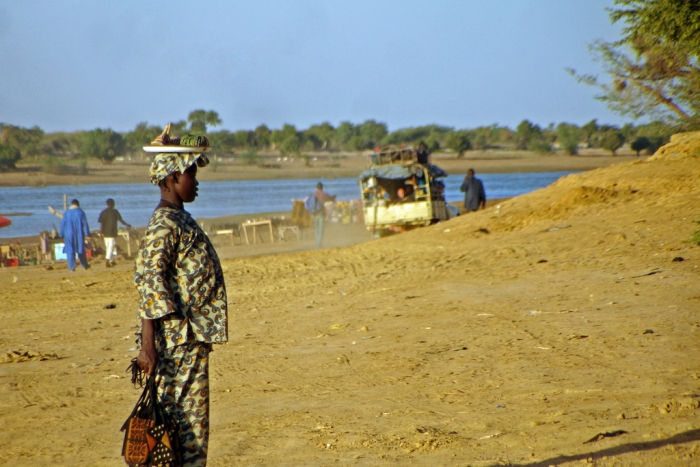 The road to Djenne, on the Bani River in Mali. The Sahel region could turn greener if the planet warms more than 2 degrees Celsius.
Credit: Carsten ten Brink/flickr

But if greenhouse gas emissions continue unabated, the resulting global warming — of more than 2 degrees Celsius above pre-industrial levels — could change major weather patterns in the Sahel, and in many different parts of the world, scientists say.

Some weather models predict a small increase in rainfall for the Sahel, but there is a risk that the entire weather pattern will change by the end of the century, researchers at the Potsdam Institute for Climate Impact Research (PIK) said.

“The sheer size of the possible change is mindboggling — this is one of the very few elements in the Earth system that we might witness tipping soon,” said co-author Anders Levermann from PIK and the Lamont-Doherty Earth Observatory of New York's Columbia University.

If the Sahel becomes much rainier, it will mean more water for agriculture, industry and domestic use. But in the first few years of the transition, people are likely to experience very erratic weather — extreme droughts followed by destructive floods, the researchers said.

This level of unpredictability makes it very hard for people to plan for coming changes, they said.

“The enormous change that we might see would clearly pose a huge adaptation challenge to the Sahel,” said Levermann.

“More than 100 million people are potentially affected that already now are confronted with a (multitude) of instabilities, including war,” he said.

The region faces a range of conflicts, including some driven by groups such as Boko Haram and al Qaeda in the Islamic Maghreb.

The researchers studied rainfall patterns in the months of July, August and September when the region receives most of its annual rain.

“There's a range of possible outcomes for societies in the Sahel which depend on the climate that eventually (develops)... and whether they are prepared for fluctuations,” lead author Jacob Schewe, from PIK, told the Thomson Reuters Foundation.

Climate change from burning fossil fuels “really has the power to shake things up”, he said.

“It is driving risks for crop yields in many regions and generally increases dangerous weather extremes around the globe,” he added.

The study was published on Wednesday in Earth System Dynamics, a journal of the European Geosciences Union.