Earth Day can serve as a reminder not only of the wonders of the natural world, but also of  the perils it faces in a changing climate, especially as bad news about global warming seems to come on a daily basis. There are encouraging trends, though, that show progress against the primary cause of climate change — greenhouse gas emissions from humans extracting and burning fossil energy.

So as Earth Day is celebrated the world over today, here are some big and small trends in energy that are playing a role in helping reducing those emissions: 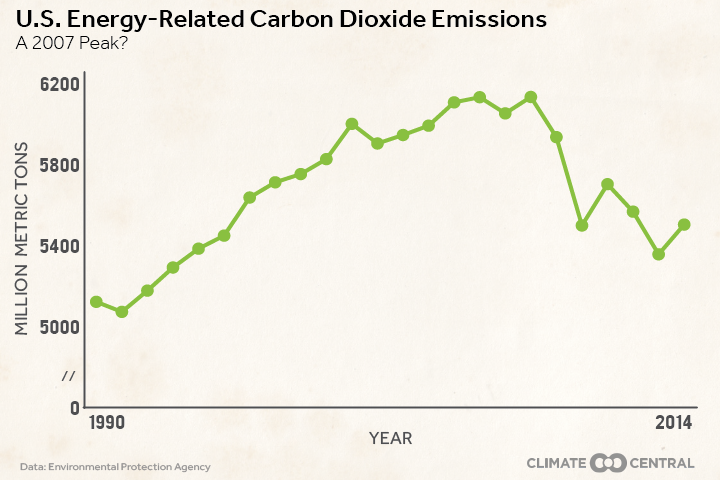 The Trend: CO2 emissions are decoupling from the economy

2014 was the year of decoupling. When U.S. GDP grew 2.4 percent between 2013 and 2014, greenhouse gas emissions increased only 0.7 percent. The previous year, emissions grew at about the same rate as the GDP — just over 2 percent.

In March, the International Energy Agency announced that decoupling is happening globally, too. The global economy grew in both 2013 and 2014, but energy-related CO2 emissions stayed the same.

Nobody knows for sure if decoupling will continue, but the fact that it happened at all last year shows that economies can grow as they embrace clean energy to halt a changing climate. 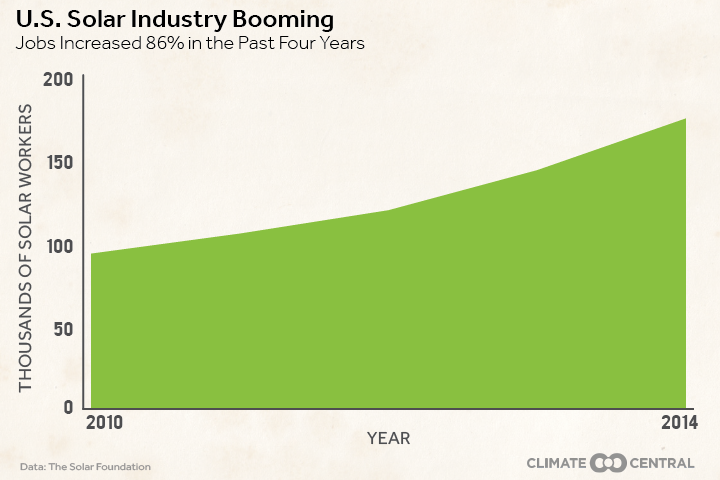 All the solar industry needs right now is a few good installers. Well, maybe more than a few.

The Solar Foundation’s National Solar Jobs Census released in March shows that employment in the industry leaped nearly 22 percent in 2014, adding 31,000 new jobs for a total of 174,000 workers nationwide. Likewise, the wind industry, after having a bad year in 2013, added 23,000 jobs last year, boosting wind industry employment to 73,000 jobs, according to the American Wind Energy Association.

Renewables industries, especially solar, are growing as prices for materials fall and solar installations become less expensive. Affordable solar being installed on rooftops across the country is expected to lead to even more jobs this year — 36,000 new employment opportunities in the solar industry. 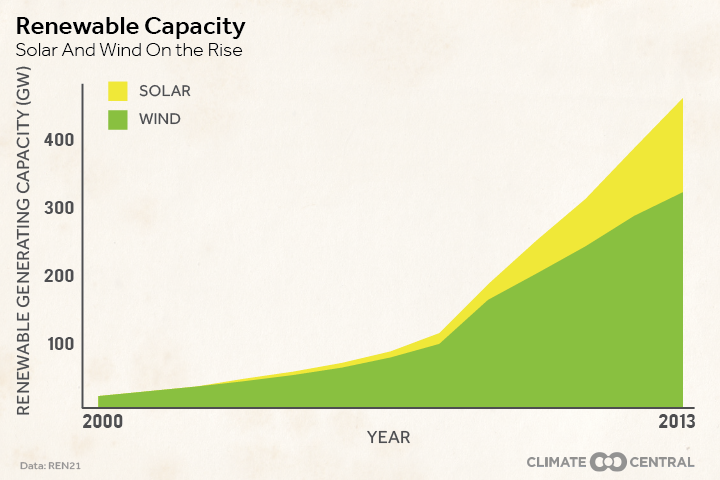 The Trend: Solar and wind generating capacity is up globally

The main way to address climate change? That would be cutting CO2 emissions, and wind and solar offer two of the clearest paths forward on that front.

The world had a combined 457 gigawatts (GW) of solar photovoltaic and wind generating capacity in 2013, up from a mere 17 GW in 2000, according to the most recent data from REN21, a renewable energy monitoring group. That’s only a fraction of the globe’s energy mix, but it’s a major increase. 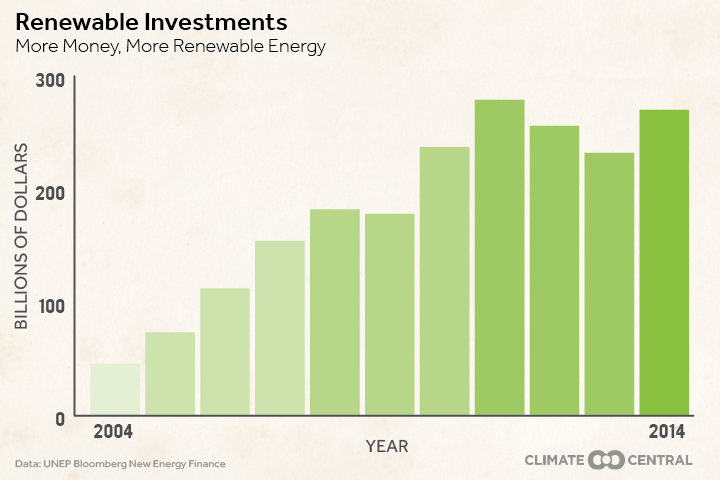 The Trend: Renewable investments have grown 600 percent since 2004

If less money is buying more renewables, then it’s doubly notable that investments in renewable energy have risen 600 percent since 2004.

Last year, $270 billion built 95 gigawatts of solar and wind power generation worldwide — more than ever had been built before. In comparison, in 2011, $279 billion in global renewables investments built wind and solar farms that were able to generate 70 gigawatts of renewable energy.

The rise in renewable investments is being hailed by some analysts as a “paradigm shift” with renewables starting to help stabilize CO2 emissions globally.

You May Also Like:
The State of the Earth in 4 Climate Trends
Since First Earth Day, U.S. Temps Have Been On the Rise
White House: Upgrade Grid to Withstand Climate Change
Expectations High For Climate-Changing Coolant Talks