California has adopted a new climate target that aims to reduce greenhouse gas emissions,  partly by expanding the use of wind, solar and other renewables.

But the expansion of clean energy in California isn’t meaningful without an emphasis on the energy efficiency of homes and other buildings, electrifying vehicles across much of the transportation system, and optimizing the electric power grid to handle renewables. 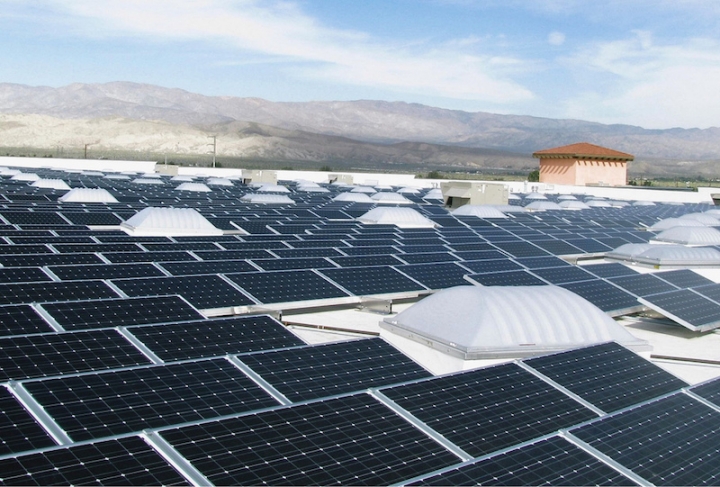 Solar panels on the roof of a Walmart in Palm Desert, Calif.
Credit: Walmart/flickr

Chris Busch, research director for San Francisco energy and environmental policy firm Energy Innovation, said that while renewables are crucial, they are among a mix of things California needs to be doing to meet its greenhouse gas emissions target, including switching electric power plant fuel from coal to natural gas, greater use of electricity, and more energy efficiency across all sectors.

Those other measures are important because without them, California could get all of its electricity from renewable resources yet still not meet its greenhouse gas emissions target because they wouldn’t be doing anything to slash emissions from the largest sources, California Public Utilities Commission President Michael Picker said.

The overall energy efficiency of those buildings would need to be doubled by 2030 and, in addition, half of all new water heaters and heating and air conditioning systems installed in homes would have to run on electricity, or many of those systems would have to operate on biogas from human and agricultural waste instead of natural gas, according to a report by E3, one of the California state government’s energy and climate consulting firms.

Electrifying vehicles across California may be a key to reducing the state’s overall greenhouse gas emissions partly because renewables will produce more and more of the state’s power supply and electric vehicles are more energy efficient than gasoline vehicles.

The difference in efficiency is dramatic. Roughly 80 percent of the electrical energy supplied to an electric vehicle is used to power the car. In a gasoline vehicle, about 20 percent of the energy in a tank of gasoline is used to move the car. The rest is burned off as heat, Stanford University civil and environmental engineering professor Mark Z. Jacobson said.

California may need up to 8 million zero-emission vehicles or plug-in hybrid electric vehicles to ply its highways by 2030 to meet its emissions target, according to the E3 report. California has a long way to go to scratch the surface of that goal, however. About 127,000 plug-in electric vehicles have been sold in the state since the beginning of 2011.

Electric vehicles may come with an added benefit: helping state power regulators solve one of the biggest problems with renewables — the inability of solar and wind to produce power when the sun isn’t shining or the wind isn’t blowing. 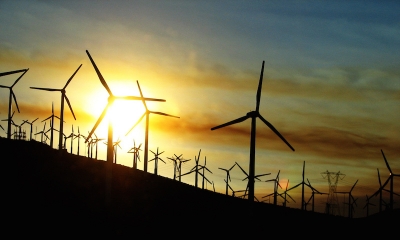 Picker said the power grid needs to be managed to take advantage of renewables 24 hours a day using energy storage technologies, and one of the ways to accomplish that is to use the batteries in electric vehicles as a giant fleet of solar power-storing batteries.

“What happens if we electrify the vehicle fleet? We’re going to create a new battery storage capacity for the entire state,” said David Roland-Holst, a University of California-Berkeley economics professor whose research focuses on studying how California can cut its greenhouse gas emissions.

If Californians charge their electric cars at work during the day using solar electricity from the grid, the electric vehicles’ battery packs could return the stored electricity to the grid when the cars are plugged in at home overnight, he said.

The bottom line for renewables in California is that they can’t reduce the state’s greenhouse gas emissions on their own, Picker said.

Greater electrification of transportation and improving power grid reliability as it handles more renewable are critical to meeting the state’s climate goals, he said.

Those measures will get the state to its goal of having 50 percent of its electricity supplied with renewables, Picker said. “One hundred percent is feasible, it just doesn’t get us the same kind of greenhouse gas reductions we need to meet our goals.”