The Canadian oil sands are one of the world’s largest sources of climate pollution and America’s biggest source of imported oil. And they may be about to go bust.

Canada’s oil sands, also known as tar sands, are the world’s fourth-largest reserve of crude oil. Mining them unleashes massive volumes of carbon dioxide into the atmosphere, easing the way for global warming to blow past 2°C (3.6°F) — levels considered “dangerous” under the Paris Climate Agreement. 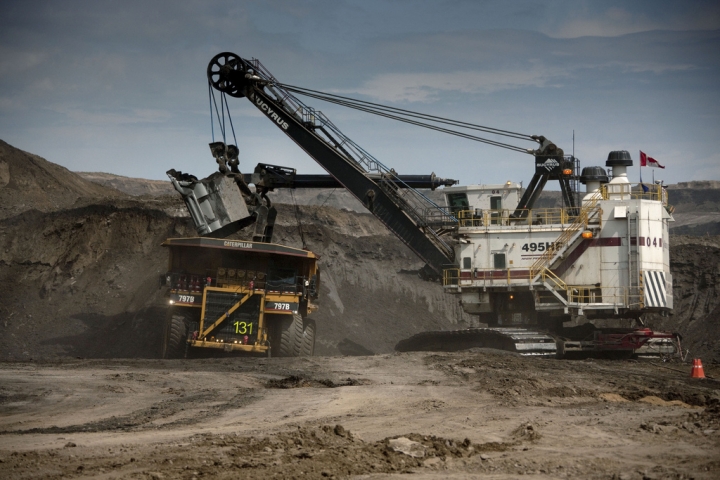 An oil sands digger at a mine in eastern Alberta.
Credit: Royal Dutch Shell/flickr

The future of the Canadian oil sands industry is clouded with uncertainty because of simple economics. In today’s marketplace, there is little confidence oil prices will rise high enough to keep the oil sands profitable. And, a flood of U.S. oil — one of the biggest reasons gasoline and crude oil have been cheap over the past two years — is sucking the life out of Canada’s oil industry.

“Frankly, for this reason, and because of longer-term trends toward cheaper renewables coupled with carbon pricing, the oil sands is likely a dead industry,” said Thomas Homer-Dixon, chair of global systems at the Balsillie School of International Affairs in Waterloo, Ontario.

And then there’s the Trump factor: President-elect Donald Trump is promising another renaissance for America’s oil industry, possibly flooding the market with even more U.S. oil.

Oil sands may not be a common household name, but they’re one of the dirtiest fossil fuels on earth. A thick and mucky clay-like substance laden with a hydrocarbon called bitumen, tar sands have to be strip-mined from the remote boreal forest of east-central Alberta before being sent thousands of miles to refineries that can handle them. The production and consumption of one barrel of tar sands crude releases 17 percent more carbon dioxide than a standard barrel of American oil, according to U.S. government statistics.

But the true climate cost of oil sands is potentially much greater because U.S. statistics don’t fully capture the carbon emissions involved in the mining and processing of oil sands, Homer-Dixon said.

The expansion of the oil sands industry in Alberta has led to significant deforestation in Canada’s boreal forests, which store vast amounts of atmospheric carbon and are threatened by climate change. More than two million acres of boreal forest have been lost or degraded because of oil sands mining.

Destruction of carbon-dense forests such as the boreal is a major contributor to climate change because the carbon stored in tree trunks and roots will eventually find its way back into the atmosphere after trees are cut down.

Strip-mining the boreal to extract the tar sands and processing the oil makes the sands much more damaging to the climate than conventional oil.

“I believe the carbon intensity of extraction and processing for the oil sands is about double that of conventional oil,” Homer-Dixon  said.

If all the oil sands were extracted in Alberta, the emissions would be equivalent to burning all the oil in Saudi Arabia — the world’s largest oil producer — and all the carbon contained in the oil would end up in the atmosphere, making climate change worse.

And with the controversial Keystone XL Pipeline under construction, Canada seemed poised to do just that. Keystone XL would have carried crude oil from Alberta’s tar sands mines to refineries in Texas. From there, it would have been consumed in the U.S. or shipped to ports around the world. 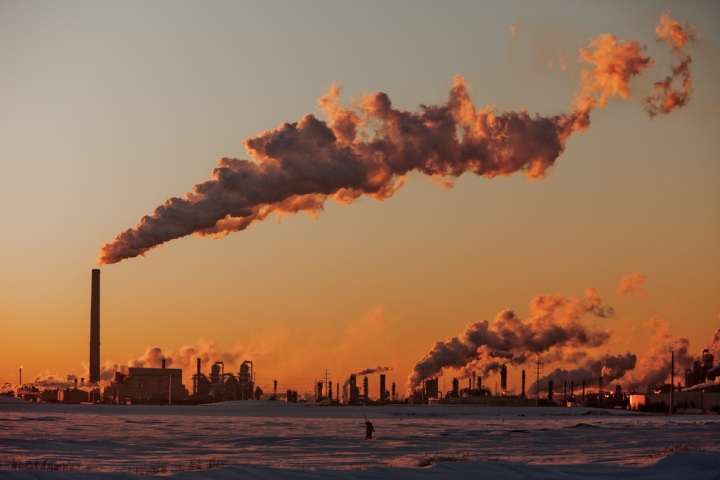 The Obama administration shelved the pipeline running through the U.S. in 2015 because it said that easing the way for polluting oil sands to reach refineries would make it more difficult for the U.S. to be a global leader on climate policy. At the time, Canada’s oil industry projected that oil sands would account for a 43 percent increase in Canadian crude oil production through 2030.

Worried about the damage expended oil sands development could do to the climate, more than 100 scientists called for a moratorium on new tar sands mines in 2015, saying that more mining would make it difficult to prevent global warming from exceeding 2°C.

But the scientists may not have needed a moratorium to slow oil sands extractions. Low crude oil prices may have stopped significant oil sands expansion all on their own.

The reason is simple: It’s really expensive to mine oil sands.

Oil prices need to be above $80 per barrel for oil sands mining to be profitable. Today, oil prices sit around $52, and there’s little confidence they’ll rise much higher despite Middle Eastern oil-producing countries’ recent agreement to cut their production to boost prices.

Carlos Murillo, an economist at the Conference Board of Canada, said those countries are unlikely to comply with that agreement, keeping oil prices from rising much higher.

Part of the reason is that Middle Eastern countries haven’t fully caught on to the idea that a lot of oil can be produced with fracking, said David Keith, a Harvard physicist and public policy professor.

Fracking is a method of drilling that allowed energy companies to access oil locked in solid shale rocks beneath North Dakota, Colorado, Texas and other places — oil that was once thought to be too expensive to drill.

Today, shale oil can flood the market — especially in the U.S. — when oil prices are $50 per barrel, Keith said. 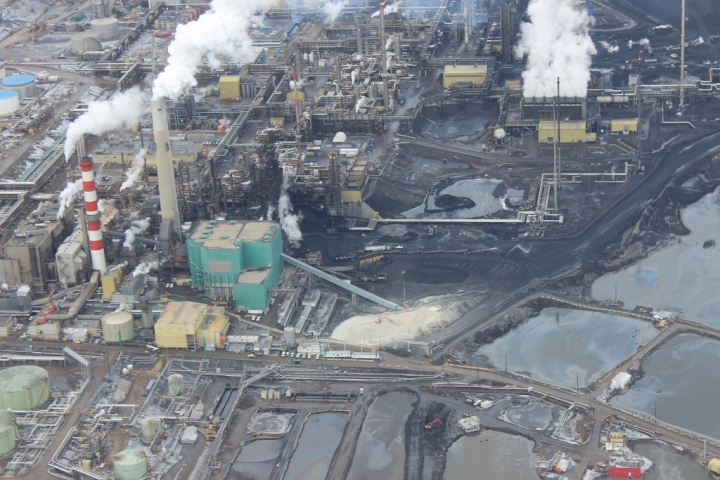 That means that almost no one is expecting big investments to flow into Canada’s oil sands, even though the Canadian government’s recent approval of two major oil sands pipelines — and Trump’s possible support of the Keystone XL Pipeline — could give the oil sands a boost in the coming years.

“In general, we don’t expect to see any new wave of investment that you saw in 2010,” when oil prices were rising rapidly toward $100 per barrel,  said Jackie Forrest, director of research for ARC Energy Research Institute in Calgary.

Oil sands growth isn’t guaranteed even if the Trump administration approves Keystone XL because there could be an undercurrent of nativism or protectionism in U.S. energy policy, said Warren Mabee, Canada Research Chair in Renewable Energy at Queens University in Kingston, Ontario.

“Recall that President-elect Trump has said that Keystone XL should be built, but that he wants a ‘piece’ of it,” Mabee said.

“What does this mean? New tariffs or taxes?” Mabee said. “It’s not clear that Canadian companies will benefit hugely from the new administration.”

Seventeen major oil sands projects were cancelled after oil prices crashed in 2014, as companies took major losses, Forrest said. Major investors in the oil sands have begun to leave, including Norway-based Statoil, which pulled out of the oil sands in December because it couldn’t make money there.

Oil sands companies were also hard hit by last year’s Fort McMurray wildfires, causing more than $3 billion in losses — the costliest natural disaster in Canada’s history. Suncor, one of the largest oil sands producers in Alberta, suffered a $735 million loss to its operations.

Though low oil prices will keep new investments away, some remaining oil sands projects that companies had invested in before the 2014 oil crash will soon become operational and boost Canadian oil production over the next few years, Forrest said.

“We’ll see half a million barrels of growth in oil sands through 2020,” she said. “After that, growth is less certain. Over 17 projects have been cancelled. We’re going to probably see a real slowdown in the rate of growth post-2020.”

Until the trajectory of oil prices and Trump administration policy on Keystone XL become more clear, the oil sands industry is holding its breath.

“A lot of players have left, and other production has been mothballed,” Homer-Dixon said. “The industry is in a holding pattern.”

You May Also Like:
Tar Sands Mining Makes Leap from Canada to Utah
Trump Nominees Should Answer These Climate Questions
East Antarctica is Melting From Above and Below