Amazon Rainforest is ‘at Higher Risk of Tree Loss’

LONDON – Researchers say the southern part of the Amazon rainforest is at a far higher risk of dieback than the models used in the most recent report by the Intergovernmental Panel on Climate Change (IPCC).

The research team, led by Professor Rong Fu of the University of Texas, say that this is because the forest is drying out much quicker than projected. 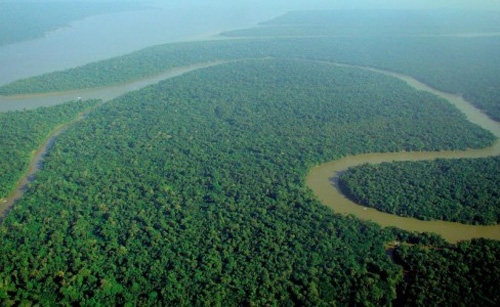 With dry seasons lasting longer in the southern Amazon, rainforests could suffer and, if damage is severe enough, massive amounts of carbon currently stored in plants and the soil could be released into the atmosphere.
Credit: Jubasi/Wikimedia Commons via Climate News Network

If the damage is severe enough, they say the loss of rainforest could cause the release of large volumes of carbon dioxide into the atmosphere, and could also disrupt plant and animal communities in one of the world’s most biodiversity-rich regions, as outlined in the Proceedings of the National Academy of Sciences.

The team used ground-based rainfall measurements from the past three decades. Findings showed that since 1979, the dry season in southern Amazonia lasted about a week longer in each decade.

At the same time, the annual fire seasons have become longer. The researchers say the most likely explanation for the increasingly longer dry seasons is global warming.

“The dry season over the southern Amazon is already marginal for maintaining rainforest,” says Professor Fu. “At some point, if it becomes too long, the rainforest will reach a tipping point.”

She says the length of the dry season is the most important climate factor controlling the southern Amazon rainforest. If it is too long, the forest will not survive.

A study published earlier this year suggested that rainforests worldwide might be able to withstand the impacts of climate change more successfully than thought.

The new results also contrast sharply with forecasts made by the models used by the IPCC: even under future scenarios in which greenhouse gases rise dramatically, those models project the southern Amazon dry season will be at most 10 days longer by the end of the century, and that the risk of climate change-induced rainforest dieback should therefore be relatively low.

Professor Fu and her colleagues say the water stored in the forest soil at the end of each wet season is all that the trees have to last them through the dry months. The longer that lasts – regardless of how wet the wet season was – the more stressed the trees become and the more susceptible they are to forest fires. 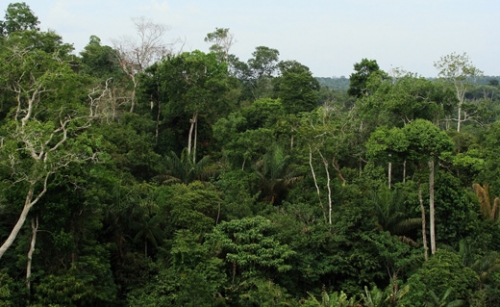 Findings from a recent study show that since 1979, the dry season in southern Amazonia has stretched about a week longer per decade.
Credit: Darren and Sandy Van Soye/flickr

They say the most likely explanation for the lengthening dry season in recent decades is human-caused greenhouse warming, which inhibits rainfall in two ways: It makes it harder for warm, dry air near the surface to rise and freely mix with cool, moist air above; and it blocks incursions by cold weather fronts from outside the tropics which could trigger rainfall.

The team says the IPCC’s climate models represent these processes poorly, which might explain why they project only a slightly longer Amazonian dry season.

The Amazon rainforest normally acts as a carbon sink, removing atmospheric carbon dioxide and storing it. But during a severe drought in 2005 it went into reverse, releasing 1 petagram of carbon (1 billion tons – about one-tenth of annual human emissions) to the atmosphere.

Fu and her colleagues estimate that if dry seasons continue to lengthen at just half the rate seen in recent decades, the 2005 Amazon drought could become the norm rather than the exception by the end of this century.

Some scientists think the combination of longer dry seasons, higher surface temperatures and more fragmented forests caused by deforestation could eventually convert much of southern Amazonia from rainforest to savanna.

Earlier studies have shown that human-caused deforestation in the Amazon can alter rainfall patterns. But the researchers did not see a strong sign of that in the pattern of increasing dry season length. That was most pronounced in the south-western Amazon, while the most intense deforestation occurred in the south-east.

Because the north western Amazon has much higher rainfall and a shorter dry season than the south, the researchers think it is much less vulnerable to climate change