LONDON — As the world swelters, so will energy demand rise: the heat extremes generated by climate change are likely to raise the global demand for air conditioning by 72 percent. So people will generate more heat and release more carbon dioxide just to stay cool as the thermometer soars.

Michael Sivak of the University of Michigan began asking questions earlier this year about whether air conditioning created more energy demand than central heating: he now reports in American Scientist that investment in air conditioning technology in the developing world could lead to an “unprecedented increase” in energy demand. 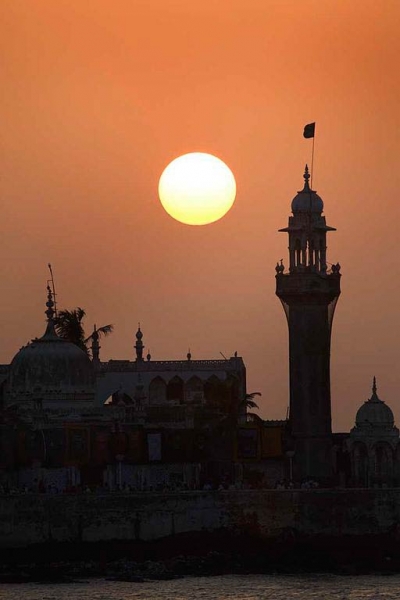 Heat and dust in Mumbai: The cost of keeping cool may be high
Credit: Steve Evans via Wikimedia Commons

Right now, the U.S. uses more energy to keep cool than all the other countries in the world combined. “But this distinction might not remain true for long,” he says. “Several developing countries rank both among the most populous and hottest areas of the world. As personal incomes rise in those countries, their use of air conditioning will likely go up.”

In just one Indian city, metropolitan Mumbai, he calculates there could be a potential demand for cooling that is about a quarter of the current demand of the entire U.S.

In all, 87 percent of U.S. households now have air conditioning and it takes 185 billion kilowatt hours of energy annually to keep American homes cool. But other countries have begun to turn down the thermostat. In 2010 alone, 50 million air conditioning units were sold in China. Air conditioning sales in India are growing at 20 percent a year.

Cooling is a complicated business. Humans have only to step into their own homes to raise indoor temperatures: body heat — along with the heat from cooking, refrigeration and other activities — stays within the four walls. If the outdoor temperature is 18°C (64.4°F) or more, then the surest way to keep the indoor temperature to an equable 21°C (70°F) is to install air conditioning.

Dr. Sivak used an index of the potential demand for cooling — a quantity called annual person cooling degree days — to calculate future demand and work out what energy usage would be if air conditioning became as prevalent in other countries as it is in the U.S.

Out of his top 25 countries, 14 were in Asia, seven in Africa and two each were in North and South America. The U.S. has the coolest climate of these 25 countries, even though it has the highest demand for cool indoor breezes.

Altogether, he reasoned, eight of the world’s nations have the potential to exceed U.S. air conditioning use: India would surpass the U.S. 14-fold if Indians adopted U.S. standards of cooling; China more than five times and the Indonesians three times.

Because 22 of the 25 countries are by World Bank definition low-income nations, demand is currently nowhere near its potential peak. But, he writes, future demand has the potential to exceed demand in the U.S. by a factor of 50.

The calculations are crude. They don’t factor in local variations in cloud cover, building design, available personal space, variations in energy efficiency or local difference in the tolerance of high temperatures.

But, Sivak warns, as affluence increases, and as global average temperatures rise, so will demand: “This trend will put additional strains not only on global energy resources but also on the environmental prospects of a warming planet.”