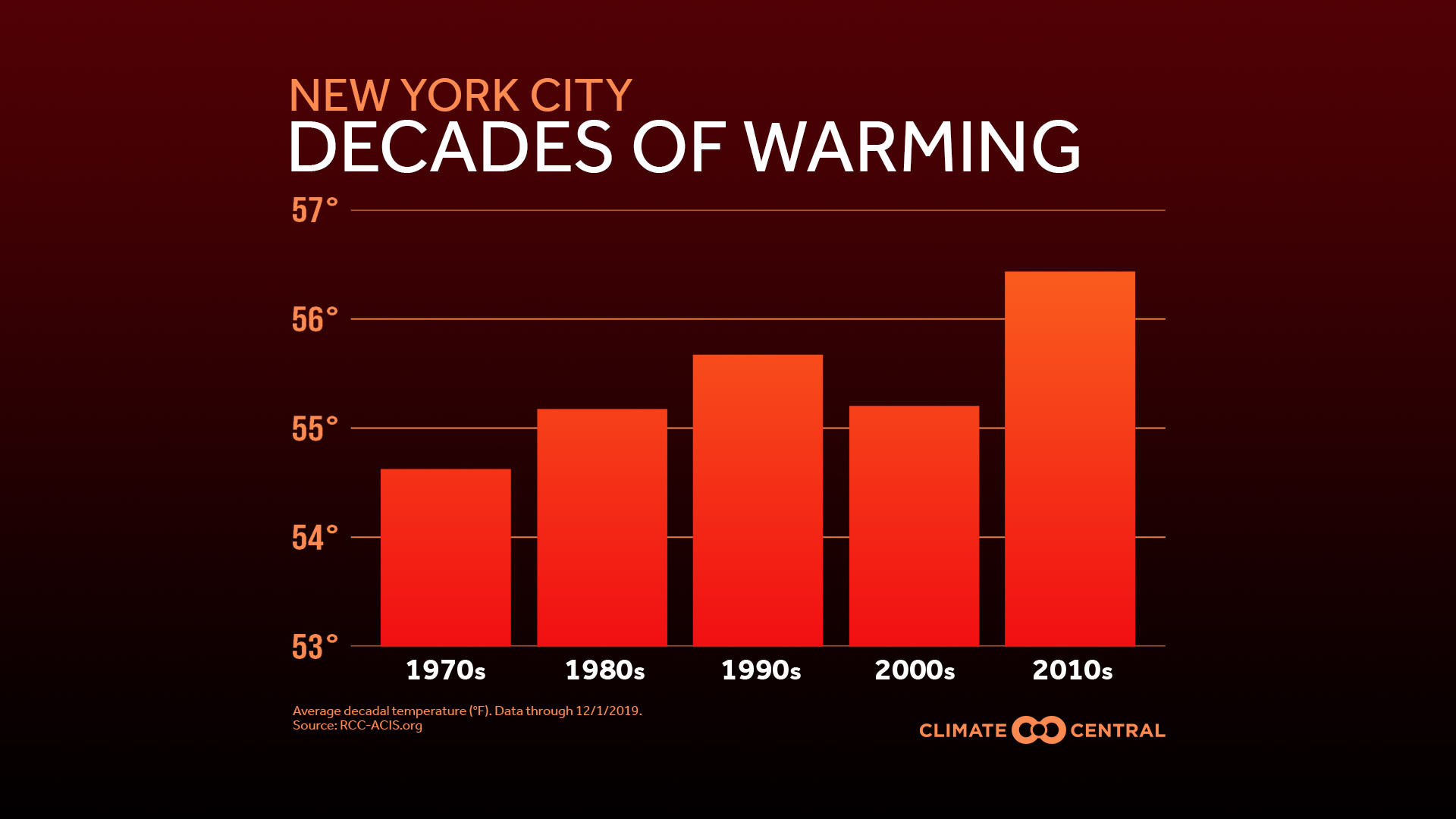 December has arrived—and with it, the last month of the 2010s. Though hindsight isn't quite 2020 yet, climate change has left plenty to remember over the past 10 years. This release covers warming temperatures by the decade, with clear trends at the local, national, and global scales.

Locally, the 2010s have been the warmest decade for 222 of the 244 cities analyzed. (We focus on the past five decades for consistent local data). In all but three cities (99%), the past decade has been warmer than the first (1970s in most cases). That difference is largest in the Southwest, led by Reno and Las Vegas, Nev.; El Paso, TX; and Phoenix and Tucson, Ariz. These results match our fastest-warming citiesreport and local records data—which include each station’s full period of record. And though urban heat islands may intensify local warming, they can’t explain all of it.

National and global trends are even stronger—as much as 0.5°F per decade. If this trend continues, it won’t take long to blow past the Paris Agreement’s limits of 1.5-2°C (2.9-3.8°F) above preindustrial levels. Global warming is already more than halfway there.

The warming has widespread impacts, affecting this decade like never before. Billion-dollar weather and climate disasters have cost the U.S. more than $700 billion (inflation-adjusted) in the 2010s, far eclipsing previous decades. Arctic sea ice seasons have been melting to record-low extents, most recently in October. Coral reefs suffered severe bleaching, which is now five times more common than 40 years ago. And as of last fall, five of eight hurricane basins had recorded their strongest storms in the 2010s. Behind these statistics are devastating consequences for humans and all life on Earth, as documented by the newest decade of reports from the IPCC, National Climate Assessment, and many others.

But recent years have shown signs of progress. Renewable energy and battery storage is now several times less expensive than a decade ago, and electric vehicle sales are setting records. In addition, more Americans are showing concern about climate change and consider it a high priority. Climate Matters has advanced that trend with your incredible support—having grown from one meteorologist in 2010 to nearly 800 today.