World Bank: Climate Change Will ‘Lead to Battles for Food’

By Larry Elliott, The Guardian

Battles over water and food will erupt within the next five to 10 years as a result of climate change, the president of the World Bank said as he urged those campaigning against global warming to learn the lessons of how protesters and scientists joined forces in the battle against HIV. 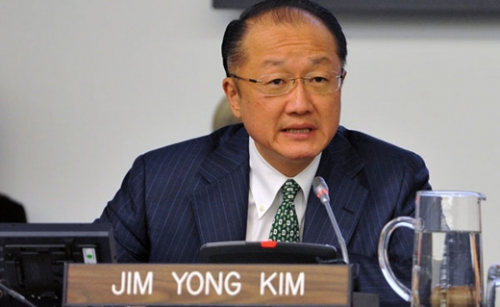 World Bank President Jim Yong Kim urges campaigners and scientists to work together to form a coherent plan in the fight against climate change.
Credit: EPA

Jim Yong Kim said it was possible to cap the rise in global temperatures at 2°C but that so far there had been a failure to replicate the “unbelievable” success of the 15-year-long coalition of activists and scientists to develop a treatment for HIV.

The bank's president – a doctor active in the campaign to develop drugs to treat HIV – said he had asked the climate change community: “Do we have a plan that's as good as the plan we had for HIV?” The answer, unfortunately, was no.

Interviewed ahead of next week's biannual World Bank meeting, Kim added: “They [the climate change community] kept saying, 'What do you mean a plan?' I said a plan that's equal to the challenge. A plan that will convince anyone who asks us that we're really serious about climate change, and that we have a plan that can actually keep us at less than 2°C warming. We still don't have one.

“We're trying to help and we find ourselves being more involved then I think anyone at the bank had predicted even a couple of years ago. We've got to put the plan together.”

Kim said there were four areas where the bank could help specifically in the fight against global warming: finding a stable price for carbon; removing fuel subsidies; investing in cleaner cities; and developing climate-smart agriculture. Improved access to clean water and sanitation was vital, he added, as he predicted that tension over resources would result from inaction over global warming.

“The water issue is critically related to climate change. People say that carbon is the currency of climate change. Water is the teeth. Fights over water and food are going to be the most significant direct impacts of climate change in the next five to 10 years. There's just no question about it.

“So getting serious about access to clean water, access to sanitation is a very important project. Water and sanitation has not had the same kind of champion that global health, and even education, have had.” 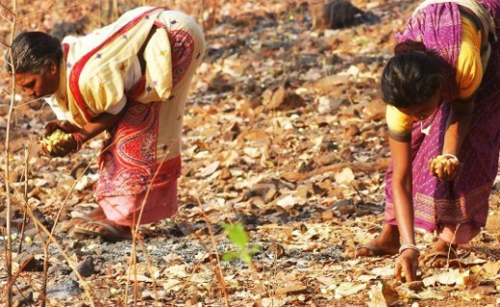 Improved access to clean water and sanitation was vital, said World Bank president Jim Yong Kim, as he predicted that tension over resources would result from inaction over global warming.
Credit: Chimalaya.org

The World Bank president admitted that his organization had made mistakes in the past, including a belief that people in poor countries should pay for healthcare. He warned that a failure to tackle inequality risked social unrest.

“There's now just overwhelming evidence that those user fees actually worsened health outcomes. There's no question about it. So did the bank get it wrong before? Yeah. I think the bank was ideological.”

The bank has almost doubled its lending capacity to $28 billion a year with the aim of eradicating extreme poverty by 2030 and spreading the benefits of prosperity to the poorest 40 percent in developing countries.

“What we have found is that because of smartphones and access to media, and because everybody knows how everyone else lives, you have no idea where the next huge social movement is going to erupt.

“It's going to erupt to a great extent because of these inequalities. So what I hear from heads of state is a much, much deeper understanding of the political dangers of very high levels of inequality,” he said.

“Now that we have good evidence that suggests that working on more inclusive growth strategies actually improves overall growth, that's our job.”

Kim said he was shaking up the bank's structure so that it could lend more effectively and to end a culture in which the organization’s staff did not talk to each other. Instead of being organized solely on a geographic basis, the bank will now pool its expertise across sectors such as health, education and transport so that ideas could be shared across national borders.

The bank's private-sector arm, the International Finance Corporation, will be encouraged to work with the public-sector arm.

Kim said the changes had come about because knowledge was not flowing through the organization.