São Paulo − Higher temperatures, drastic changes in rainfall, lower productivity, more blight and disease − these are just some of the expected consequences of climate change in Brazil if the projections of 345 scientists who make up the Brazilian Panel on Climate Change (PBMC) prove true.

They predict that if present trends in greenhouse gas emissions continue, average temperatures in Brazil will be 3º-6ºC higher by 2100 than they were at the end of the 20th century. 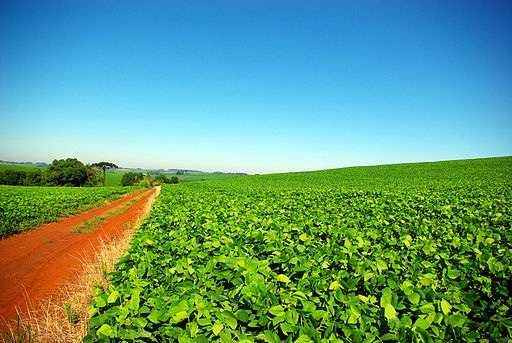 Future harvests of monoculture crops, such as soya beans, could be severely reduced in Brazil if farmers don’t adapt to climate change.
Credit: Tiago Fioreze via Climate News Network

The forecasts, based on research over the last six years, are contained in a report that provides the most complete diagnosis yet of the future tendencies of the Brazilian climate.

The report will be presented at Brazil’s first national conference on global climate change, to be held in São Paulo from September 9-13 and organized by the publicly-funded São Paulo Research Foundation (FAPESP). The data will then be included in the fifth report of the Intergovernmental Panel on Climate Change (IPCC), to be released two weeks later.

The changes in temperature and rainfall will not be confined to Brazil, the largest country in South America, but will also affect neighboring countries.

“With the exception of Chile’s central and southern coast, where the last decades have seen a cooling, there will be a rise in temperature in all the other regions of South America,” says Jose Marengo, a climate scientist at Brazil’s National Institute for Space Research (INPE), who uses regional climate models to develop projections for the future.

“There is a feeling that the seasons have become a bit crazy, with more frequent extremes of climate.”

Tornados, once a rare occurrence, will become more frequent. Big and medium-sized cities will become hotter, with altered rain patterns. Rainfall in the Amazon region and in the semi-arid caatinga area of the north-east could fall by 40 percent, whereas in the south and south-east it could increase by 30 percent.

For the cerrado savanna region of the central plateau, which has become a major cereal growing area, and the wetlands of the Pantanal, climate models also indicate significant changes, although the reliability of these projections is lower.

All these changes will have a dramatic effect on harvests in one of the world’s major food producing countries, but Brazil’s farmers have so far shown little awareness of the problems in store, and consequently have not begun to adapt to the changing climate. Monocultures continue to expand, advancing into the Amazon region and taking over the cerrado.

“We must act now to avoid a worsening situation,” warns Eduardo Assad, one of the PBMC researchers, who works for Embrapa, the Brazilian Agricultural Research Corporation.

Suggested measures include investing intensively in mixed agricultural systems, and abandoning the practice of monoculture. Farmers should also increase the biological fixation of nitrogen, reduce the use of pesticides (since 2008, Brazil has been the world’s biggest consumer), and increase the rotation of crops. 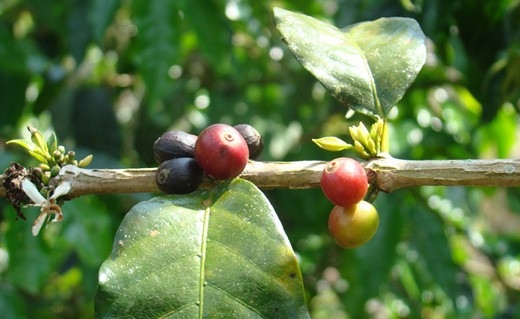 Need a cup of Joe? Since 2000, there has been a fall in productivity in some regions in Brazil, principally in coffee, soy and maize.
Credit: flickr/Global Crop Diversity Trust

“The knowledge to do all this already exists, but we need stronger government guidance [for farmers],” Assad warns. “We must increase productivity in the mid-west, south-east and south to avoid the destruction of the Amazon. The reorganisation of Brazil’s rural space is urgent.”

Antonio Magalhães, adviser to the government’s Center for Strategic Studies and Management in Science, Technology and Innovation (CGEE), also believes that agricultural, industrial and urban policies must be changed to include concerns with sustainability and extreme climate events such as rainstorms and droughts. “We must widen the debate and overcome institutional rigidity, resistances and short-term interests.”

Crop losses are already being noted. “Since 2000, we have seen a fall in productivity in some regions, principally in coffee, soy and maize,” Assad says.

Soy will be the most affected. By the end of 2013, Brazil is expected to overtake the US to become the world’s major producer, but that position will be hard to sustain if the expected effects of climate change kick in.

“Even if the amount of rain stays the same, soil humidity will fall, because the rise in average temperatures will increase evaporation,” Magalhães warns.

This will affect regions, such as the semi-arid north-east, where lack of water is a constant. The productivity of basic crops such as maize, beans, cotton, cassava and rice will suffer, leading to a drop in income in the region that is already Brazil’s most backward in terms of social indicators intensifying poverty.

The federal government’s successful poverty reduction program, Bolsa Familia, will not be enough to stop a renewal of migration from the rural area to the cities, worsening infrastructure problems related to housing, transport and sanitation.

The PBMC report foresees that climate change in Brazil will also bring an increase in fungal diseases and pests, caused by the rise of CO² levels in the air and ultraviolet B radiation. In addition to cereals, fruit crops such as banana, mango and grape will be hit.

The report also says that more, and more intense, episodes of flooding and drought could alter the volume of the rivers and affect the supply of water to dam reservoirs. Hydropower accounts for well over half of Brazil’s energy.

Biodiversity will be badly affected, including that of aquatic environments. Some biomes, characterized by a dominant vegetation, have already lost large areas because of intensive agriculture − the cerrado has lost 47 percent and the caatinga 44 percent − and it is now questionable whether their ecological equilibrium can be restored.

In the cities, where more than 85 percent of Brazilians now live, there will be a greater risk of mudslides and worse flooding, while many of the major cities − such as Rio, Salvador and Recife − are on the coast, and therefore subject to a possible rise in ocean levels.

The researchers want their report to be used to guide the drawing up and implementation of public policies for climate change adaptation and mitigation, as well as to help companies in their future planning.

The report, the first by the PBMC, also marks Brazil’s acceptance by the IPCC as a nation supplying projections on a planetary scale. This is because it has developed its own climate simulation model, the Brazilian Earth System Model (BESM) − the only country in the southern hemisphere to do so.

The establishment of the BESM has enabled the scientists to reconstruct recent occurrences of the El Niño climate phenomenon − caused by abnormal heating up of the surface waters of the equatorial Pacific, which affects the rainfall regime in a large part of the planet − and simulate the effects of future El Niños.

Author’s note: This report is based on articles by Carlos Fioravanti and Marcos Pivetta in the August edition of FAPESP’s research magazine.

Jan Rocha is a reporter in the Latin American bureau for Climate News Network. Climate News Network is a news service led by four veteran British environmental reporters and broadcasters. It delivers news and commentary about climate change for free to media outlets worldwide.