One of the biggest challenges facing utilities as they find more climate-friendly ways to produce electricity and integrate greenhouse gas-free solar and wind energy into the electric power grid is finding a way to keep the stream of electricity flowing when the wind stops blowing and the sun stops shining.

One of the answers to that is likely to be energy storage, which means using batteries or other technology such as flywheels to capture renewable energy and allow it to flow into the power grid as needed. 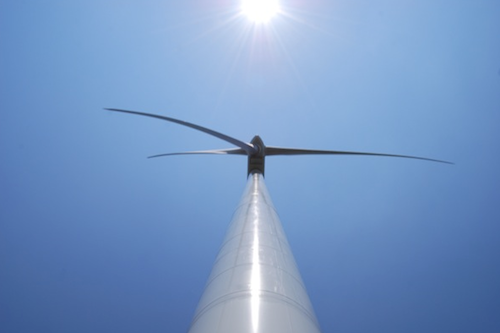 Speaking at the Bloomberg Future of Energy Summit in New York City on Wednesday, a panel of experts said renewables are driving the development of energy storage systems worldwide, but before they are able to catch on, they’ll have to overcome a public perception problem.

“The perception is that this stuff isn’t real,” said Jeff Gates, managing director of Duke Energy Commercial Transmission. “A whole generation of utilities people have grown up with the notion that it’s not reliable, too expensive and it’s 20 years away.”

But real projects are being built, he said.

The total capacity of storage projects expected to come online by the end of the decade isn’t huge, but the numbers are mounting.

Bloomberg New Energy Finance is forecasting about 2,660 megawatts of electricity storage capacity to be online in the U.S., and 9,825 megawatts of storage online globally by 2020.

To compare, the largest coal-fired power plant operating in the U.S. today, Georgia Power’s Plant Bowen northwest of Atlanta, has a total power generating capacity of 3,499 megawatts. The largest wind farm in North America, the Alta Wind Energy Center in California, has a capacity of 1,320 megawatts.

Last year, California became the first state to require utilities to store energy as a way to facilitate renewable energy production, mandating enough storage capacity — 1,325 megawatts — to power about 1 million homes by the end of the decade.

Asked whether electricity storage enables the development of renewable power, Pacific Northwest National Laboratory staff scientist Michael Kintner-Meyer said managers of power grids are looking for as much flexibility as possible to deal with the intermittent nature of renewable power. Energy storage is one answer, he said.

“From a grid perspective, you’re looking for flexibility — flexibility to dispatch your grid assets to take assets out for maintenance, to deal with intermittencies of renewables,” he said. “Energy storage is one of those solutions.” 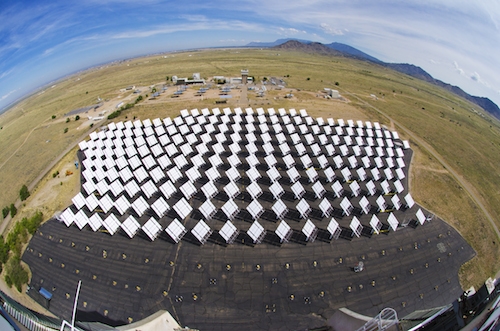 Gates said a smart grid could handle the fluctuation of renewable power better than batteries, however. A smart grid is a computerized electric utility grid that can adjust power production and the flow of electricity through the grid based on a reading of how much electricity homes and businesses are using at any moment.

Today, the power grid isn’t able to easily handle the rapid fluctuations in the production of wind and solar power, but a computerized smart grid would be able to handle the intermittent production of renewable energy much more smoothly.

Gates said he believes today’s batteries have a tough time dealing with all the fluctuations of electricity demand, but as electricity storage technology progresses, traditional utilities may warm to the idea of power storage.

New energy storage technology is being developed quickly, much of which is still in the demonstration phase, and there’s a lot of excitement around it, Kintner-Meyer said.

In addition to helping provide stability to the power grid, energy storage has another advantage: There’s a huge interest in how batteries can help cities and regions with resiliency, he said.

Resiliency is a term many cities are using to describe their efforts to withstand weather extremes that could be brought about or made worse by climate change, including hurricanes as severe as Hurricane Sandy, which knocked out power to millions in the New York City area in 2012.

“Energy storage rises up there as a resiliency resource,” he said.

The Bloomberg New Energy Finance Future of Energy Summit started Monday and concluded Wednesday in New York, with discussions focusing on new renewable and traditional energy technology and its role in a changing climate.