By James Murray for BusinessGreen, part of The Guardian Environment Network

Remarkable new figures from Spain's grid operator have revealed that greenhouse gas emissions from the country's power sector are likely to have fallen 23.1 percent last year, as power generation from wind farms and hydroelectric plants soared. 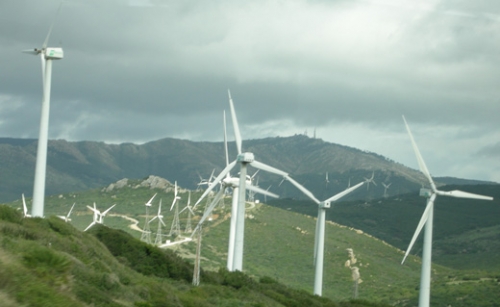 Greenhouse gas emissions from Spain’s power sector are likely to have fallen 23.1 percent in 2013, as power from wind farms and hydroelectric plants soared.
Credit: Flickr/Einalem

Red Eléctrica de España (REE) released a preliminary report on the country's power system late last month, revealing that for “the first time ever, [wind power] contributed most to the annual electricity demand coverage.” According to the figures, wind turbines met 21.1percent of electricity demand on the Spanish peninsula, narrowly beating the region's fleet of nuclear reactors, which provided 21 percent of power.

In total, wind farms are estimated to have generated 53,926 gigawatt hours of electricity, up 12 percent on 2012, while high levels of rainfall meant hydroelectric power output was 16 percent higher than the historical average, climbing to 32,205GWh.

“Throughout 2013, the all-time highs of wind power production were exceeded,” the report stated. “On February 6, wind power recorded a new maximum of instantaneous power with 17,056MW at 3:49 pm (2.5 percent up on the previous record registered in April 2012), and that same day the all-time maximum for hourly energy was also exceeded reaching 16,918MWh. Similarly, in January, February, March and November wind power generation was the technology that made the largest contribution towards the total energy production of the system.” 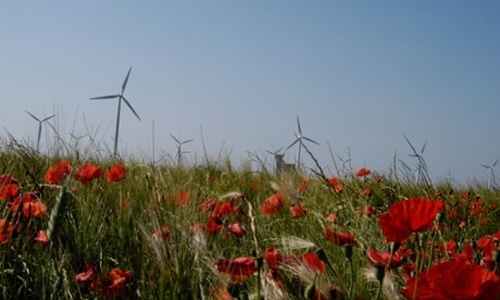 For the first time ever, wind power contributed most to the annual electricity demand coverage in Spain.
Credit: Tor Eigeland/Alamy via The Guardian

The dramatic shift towards renewable generation coupled with a fall in overall power demand of 2.1 percent led to a similarly drastic reductions in emissions from the peninsula’s power sector. “The increased weight of renewable energy in the generation mix structure of 2013 compared to the previous year has reduced CO2 emissions of the electricity sector on the Spanish peninsula to 61.4 million tons, 23.1 percent lower than in 2012,” the report stated.

The study follows news last year that Portugal had successfully generated over 70 percent of its power from renewables during the first quarter of the year, driven by a surge in wind and hydro power output.

The latest figures are likely to be seized upon by renewable energy firms as further evidence that the sector can provide a high proportion of power to a modern economy without risk of blackouts.