Global warming is chasing plants and animals, forcing them to head uphill or north to find suitable habitat. Scientists have considered migration corridors — restored, healthy natural areas that connect current habitats with likely landing spots — as a way to help plants and animals stay a step ahead of climate change.

New findings published on Monday in the Proceedings of the National Academy of Science quantify just how much of a benefit they would provide. The report shows that corridors up to 62 miles long would link up to 25 percent more habitat across the U.S. and on average help species adapt to an extra 4.9°F (2.7°C) of warming. 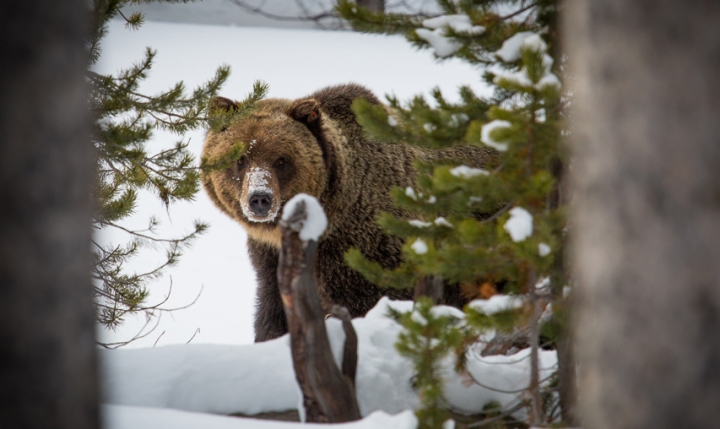 “It’s something land managers should be thinking about right now,” Jenny McGuire, an ecologist at Georgia Tech who led the new research, said. “Increasing connectivity between natural areas really does improve plants’ and animals’ ability to track their current climate.”

There are major hurdles standing between species and future greener pastures. Sprawling urban areas, major agricultural operations and other human developments have fragmented the landscape, forcing some species toward a dead end and their possible demise.

Corridors could help alleviate that. They aren’t literally corridors or paths for wildlife to stroll along, but rather stretches of land where the habitat — say, a river or well-managed commercial forest — is healthy enough to migrate as the world warms.

“Think of a wildflower,” Bruce Stein, associate vice president for conservation science and climate adaptation at the National Wildlife Federation, said. “The wildflower is not going to pick up and run one night through a corridor. But over the long term as the climate changes, there should be space where it can shift along that natural landscape as it’s tracking climatic shifts.”

The current state of climate connectivity is pretty dismal east of the Mississippi River. Only 2 percent of natural areas are connected in a way that will let species migrate north or upward in elevation with their current climate as the planet warms. That’s not surprising as it’s the more developed half of the country, including the densely packed Eastern Seaboard.

Out West, the story is better with just more than half of all natural areas “climate connected.” The most connected habitats are in deserts, which are some of the least developed places in the U.S. (Phoenix and Las Vegas excepted, of course).

Connecting landscapes would help wildlife across the U.S., but some of the largest gains in climate connectivity would be in the Southeast coastal areas and prairies that stretch from Texas to Montana.

In an environment of increasingly tight government funding, those areas could be ripe for implementing adaptation and habitat restoration projects with the most bang for the buck for national parks and other federal and state agencies.

“There’s a major question about the degree to which managers should do this and where they should target the most cost effective and biologically effective interventions,” Stein said. “What this study shows is there’s some tremendous opportunities to cost effectively improve climate connectivity in some regions.”

Gregor Schuurman, an ecologist with the National Park Service (which helped fund the study), agreed saying the new findings “will help focus conservation resources where they can most effectively support climate change adaptation for natural resources.”

There is one big caveat to the study. The results are based on a more moderate climate scenario where carbon dioxide emissions are curbed rather than continuing on their current trends. McGuire said they looked at a business as usual scenario, but it showed a world where “everything is red and nothing is achievable” because climate change will likely be too intense for most species to adapt even with an assist from climate-connected corridors. 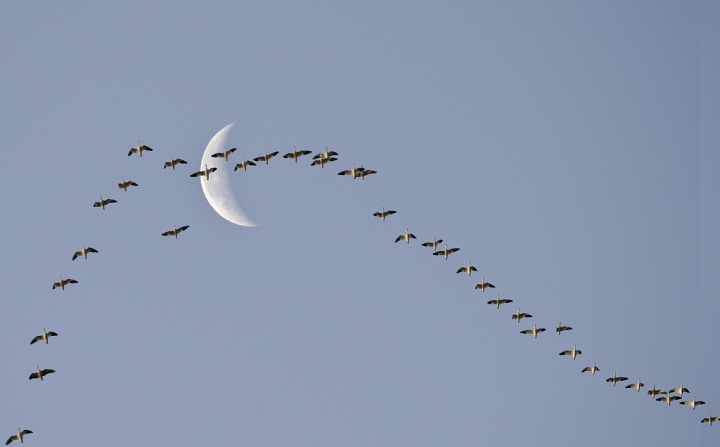 Even under a moderate warming scenario, there are still species that will face an uphill battle to make it in a warming world. The wildlife in the Everglades, in particular, face a challenging future. The ecosystem that supports hundreds of birds, fish and plants is uniquely suited to the current climate in South Florida, right on the edge of the tropical zone. Because Florida has such a uniform temperature and relatively little elevation change, 62-mile corridors would be too short to provide much benefit.

Stein also said this was just one tool wildland managers can use from a climate adaptation standpoint. Assisted migration — picking species and moving them to a new location — and modifying current habitats to make them more hospitable are other possible actions that could help species survive in a warming world.

Ultimately all these strategies have to happen in a world of competing priorities and managing for multiple stressors on wildlife from local pollution to urban development.

“What we especially need to be doing is encouraging managers to, as they’re addressing near-term threats, to do that in ways that will be consistent with what will be needed over the long term,” Stein said.