In honor of the agency’s 99th birthday, the National Park Service is offering free entrance to its 58 parks and 350 other sites. In the Pacific Northwest and Northern Rockies, park visitors might also be hoping that entry comes with a free respirator and x-ray vision.

Smoke from large wildfires is obscuring some of the stunning vistas that inspired the preservation of these places and the creation of the National Park Service in the first place. 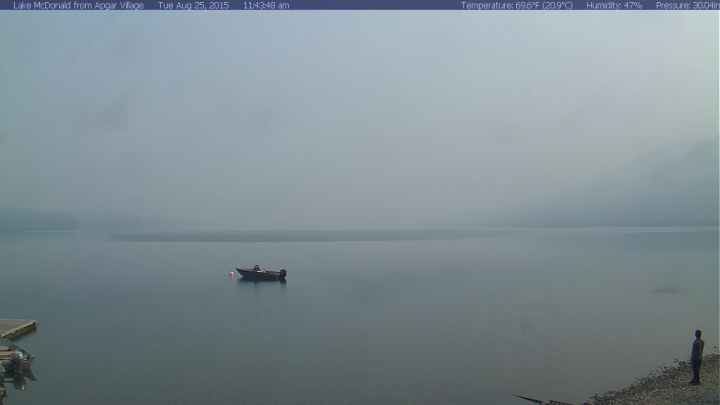 Nearly 70 percent of the 66 large wildfires burning in the U.S. are in Washington, Oregon, Idaho and Montana. That includes the Okanogan Complex in Washington. Clocking in at 256,567 acres, it’s the state’s largest fire on record and the biggest fire currently burning in the Lower 48. Other large fires look like towns lit up at night to NASA satellites.

Wildland fires have burned more than 7.5 million acres in the U.S. so far this year, making it the most active wildfire season to-date in the past 10 years. The lionshare has been in Alaska in June, but the Pacific Northwest is the current epicenter of U.S. wildfire activity. Smoke from those blazes is obscuring some of the most iconic scenery in the country on a day when the National Park Service, dubbed America’s best idea, is celebrating its 99th birthday.

Crater Lake’s iconic blue waters are slate gray as smoke blocks the sunlight that is one of the main ingredients to their color (along with their record-setting clarity). The portion of the Pacific Crest Trail, which runs from Mexico to Canada, through the Park is also closed due to the National Creek Complex, which has burned 10,833 acres as of Tuesday. 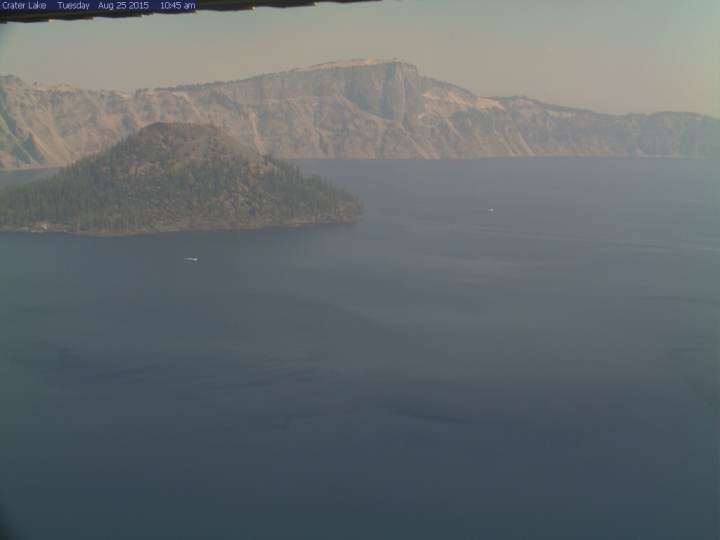 In Glacier National Park, smoke from Washington and Idaho as well as fires burning in Montana have made it so that views across Lake McDonald to the peaks that mark the Continental Divide are blocked by a wall of smoke. And in North Cascades, the Park’s more than 300 (disappearing) glaciers are obscured by smoke and a number of trails and campgrounds are closed due to the Upper Skagit Complex, which has burned 5,605 acres.

Smoky views at National Parks and other locations across the West are becoming increasingly common. Large wildfires, those greater than 1,000 acres, are on the rise across the region and rising temperatures are the main climate driver behind the trend. Warmer weather tends to dry out vegetation, priming it for a rapid burn should lightning or an errant spark get things started.

Large wildfires have become twice as common in Oregon, Washington and Montana since 1970. They’ve quadrupled in Idaho over that time. Overall, large wildfires across the entire West have doubled in frequency and the total area burned by them is also on the rise. Fire season is also now two and a half months longer in the West.

The rise in fires isn’t just ruining that perfect vacation snapshot. Budgets for fighting fires are also in trouble.

Just 10 years ago, the U.S. Forest Service devoted 16 percent of its budget to fighting fires. Today, more than half the agency’s budget is committed to fighting fires and that number is projected to rise to 67 percent in 10 years.

There are plans to rework how the federal government funds firefighting activities on public lands, but that’s little consolation for this year’s hot wildfire season.