Upgrade the power grid, or be swept away by a changing climate.

That’s the message in a new Obama administration report published Tuesday calling for billions of dollars of major investments in the nation’s energy system over the next decade. All the pipelines, power lines, railways and the other infrastructure that bring Americans the energy they use each day will have to be modernized in the face of climate change and a renaissance in renewable energy, it says. 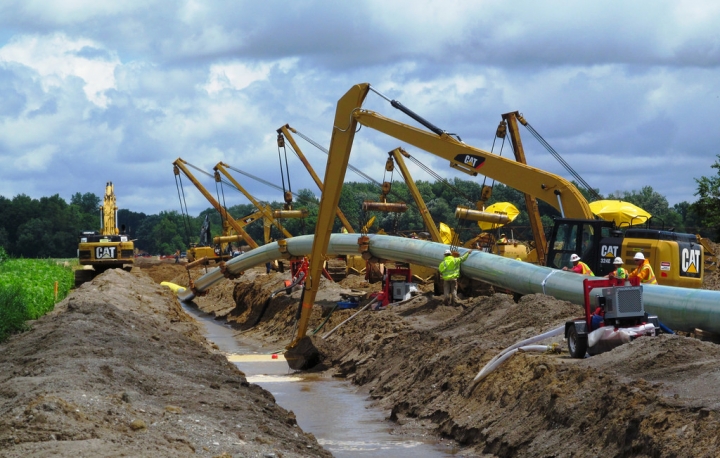 The report, the first Quadrennial Energy Review, is part of the Obama administration’s Climate Action Plan and a four-year guide to modernizing and upgrading the nation’s vast energy system. The rapidly aging system needs a major upgrade in the face of global warming and the need to integrate renewables into the power grid.

In order to crank up a car, drive to work and switch on the office lights, Americans rely on more than 2.6 million miles of oil and natural gas pipelines and hundreds of thousands of miles of power lines and railways that carry fossil fuels and renewable energy to homes and offices.

Many of those things are in a tenuous spot in a changing climate. Many natural gas pipelines emit methane and other greenhouse gases as they add to climate change. At the same time, much of America’s energy infrastructure is low-lying and vulnerable to climate change as sea levels and temperatures rise, weather becomes more extreme, and permafrost melts.

“For example, severe weather is the leading source of electric grid disturbances in the United States,” the review says. “In fact, between 2003 and 2012, an estimated 679 widespread power outages occurred due to severe weather, costing the U.S. economy $18 billion to $33 billion each year between 2003 and 2013. This risk is growing; the number of Gulf Coast electricity substations exposed to inundation caused by storm surge from Category 1 storms is projected to increase from 255 to 337 by 2030 due to sea-level rise.”

The plan makes many recommendations, including a call for the DOE to establish new ways of analyzing how well energy infrastructure can withstand extreme weather and for the department to establish a $3-5 billion program to help states find innovative ways to shore up the electric grid so that it can withstand major storms and flooding.

But preventing gas leaks and making sure the lights can stay on when another Hurricane Sandy or Katrina barrels toward the coast are only first steps. Ensuring that the electric power grid can accommodate new technology is critical, too.

The White House is proposing a $3.5 billion program to create the “smart grid of the future,” which would be able to integrate renewables into the larger electric power system.

“Innovative technologies and services are being introduced to the system at an unprecedented rate — often increasing efficiency, improving reliability, and empowering customers, but also injecting uncertainty into grid operations, traditional regulatory structures, and utility business models,” the review says. “Modernizing the grid will require that these challenges be addressed.”

The White House is also calling on the DOE to spend up to $3.5 billion over the next decade to assist states in replacing leaky natural gas pipes and spend another $10 million on re-working the way the U.S. Environmental Protection Agency quantifies greenhouse gas emissions to include leaking methane from natural gas pipelines. 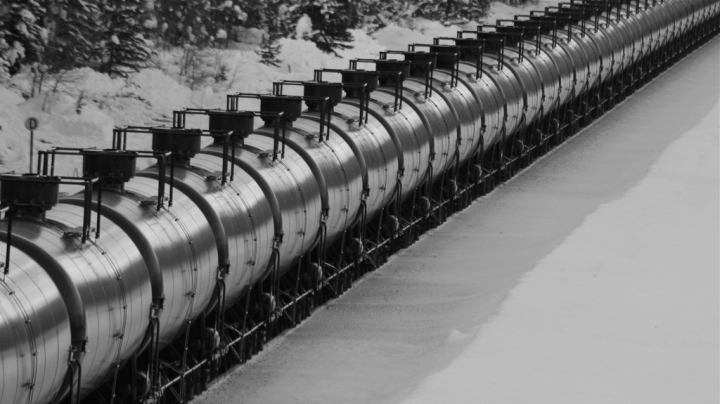 Rail lines carrying crude oil such as this one are among those the Obama administration says need to be made more resilient to the damages of extreme weather in a changing climate. Credit:  Roy Luck/flickr

The American Wind Energy Association hailed the report, saying it highlights the importance of modernizing the power grid to accommodate more wind power.

“By adding more transmission, as today’s report recommends, we can tap more of this made-in-the-USA supply of energy,” AWEA CEO Tom Kiernan said in a statement. “Such grid upgrades more than pay for themselves by reducing electricity costs and improving electric reliability for consumers.”

Ken Johnson, vice president of communications for the Solar Energy Industry Association, said it is critical for the power grid to be modernized to accommodate rooftop solar and other renewables.

“Today’s grid is ancient and facing enormous challenges in the future — from meeting our day-to-day electricity needs to national security threats,” he said. “For renewables in particular, the grid doesn't exist in many places with the best solar resources — or what infrastructure does exist is already committed to other generation sources. Simply put, new or upgraded transmission capabilities will help to move power from where it's generated to where people need it.”