As The White House released its budget request for the 2018 fiscal year on Tuesday, the Trump administration made good on its promise to target deep cuts to federal spending on climate, energy, science, research and other programs widely seen as critical to America’s ability to adapt to a warming world and reduce its impact on the climate. 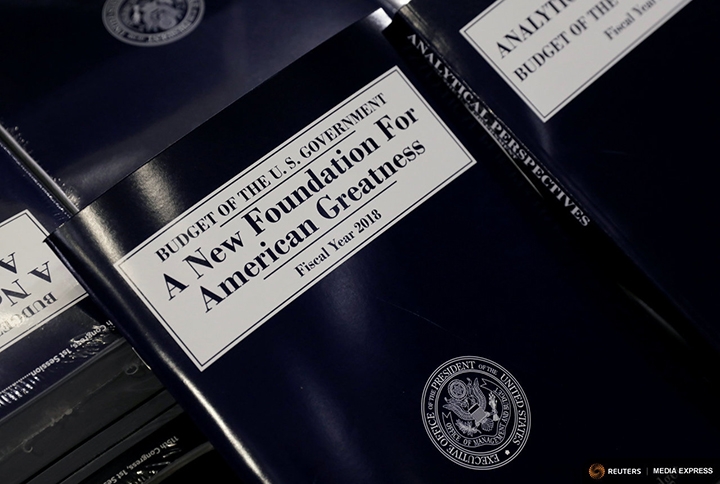 “We want to do some climate science, but we're not going to do some of the crazy stuff the previous administration did,” Mulvaney said.

Trump, who has called climate change a hoax, has strenuously objected to the Environmental Protection Agency’s greenhouse gas emissions regulations created by the Obama administration. His budget reflects his vow to hamstring the EPA’s ability to control and monitor climate pollution by cutting its budget by about 30 percent — more than any other agency.

The $4 trillion budget proposes massive tax cuts for the rich and major corporations while boosting defense spending and it attempts to pay for both with cuts to nearly everything else. The budget eviscerates Medicaid and other social safety net programs, eliminates federal arts support and slashes environmental programs that are unpopular with the administration and its supporters.

Congressional hearings on the budget begin this week, and deliberations in the House and Senate are expected to last into the summer. If the process is not completed by September, lawmakers can pass continuing resolutions to keep the government operating into the next fiscal year, which begins in October. If no agreement is reached, the government will shut down.

Other big proposed cuts to federal climate, environment and energy programs that were outlined in the administration’s “skinny” budget in March are largely intact in the final version. Compared to 2017 levels approved by Congress in May, the budget calls for a 9 percent funding cut for the Department of Energy and a nearly 7 percent cut for the Department of Interior. NASA saw a cut of about 3 percent, including 8.7 percent from its earth science programs, and the National Science Foundation saw an 11 percent cut, according to the American Geophysical Union.

The National Oceanic and Atmospheric Administration, one of the government’s key climate science and meteorological agencies, is targeted for a 16 percent cut. NOAA’s climate research program received a 19 percent cut, according to AGU.

The U.S. Geological Survey’s Climate and Land Use Change program, now known as the “Land Resources” program, is targeted for a 24 percent cut, and the agency, part of the Interior Department, is proposed to receive a 15 percent cut overall.

The cuts to NSF and USGS were particularly surprisingly large because their budgets have mostly stayed flat and haven’t been part of the more rancorous policy discussions, said AGU public affairs director Lexi Shultz.

The budget calls for numerous programs to be killed entirely, including the the EPA’s Energy Star Program energy efficiency program and the DOE’s National Sea Grant College Program. The Energy Star Program certifies consumer electronic goods and buildings for energy efficiency. And the National Sea Grant College program pays for university-based efforts to shore up coastal economies and communities against the ravages of climate change and extreme weather.

The Trump administration is calling for the elimination of four DOE energy research and development programs, including those focusing on energy efficiency, renewables, nuclear, and electric power grid modernization. Also targeted is the DOE’s Advanced Research Project Agency-Energy, which supports research for cutting-edge clean energy technology. Its tasks can be best handled by the private sector, the administration said. 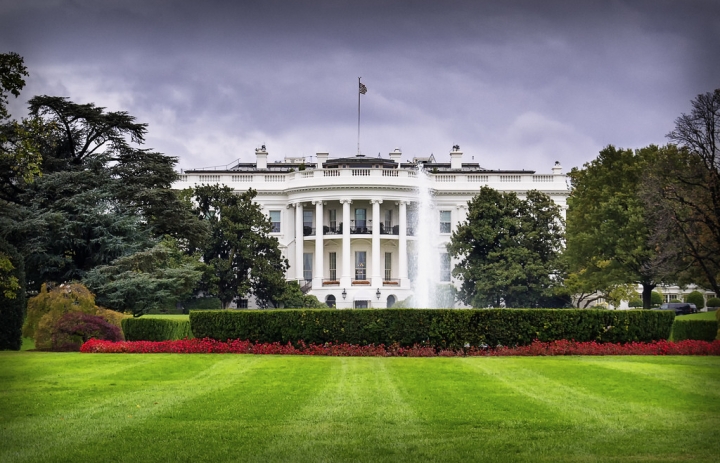 Five climate-related NASA satellite missions are also targeted for elimination. The missions help scientists learn more about the earth’s climate system and how global warming is changing it. They also monitor the health of the nation’s coasts and provided early warnings of drought stress in crops.

Deeply unpopular with scientists, the budget is now in the hands of Congress, which is broadly expected to give the White House few of the cuts it is asking for. Congress ignored Trump’s call for deep cuts in federal programs when it passed a budget for the last five months of the 2017 fiscal year in early May, funding the government largely at 2016 levels.

“If the White House budget plan were to become law, it would devastate America’s science and technology enterprise,” Rush Holt, CEO of the American Association for the Advancement of Science and a former New Jersey congressman, told reporters Tuesday. “The White House does not make appropriations. It is Congress that makes appropriations. Congress has made it clear that they do not buy into this really harsh and abrupt approach to science funding.”

Shultz said Congress has pushed back against Trump’s previous budget proposal and it’s likely Congress will do so again.

If the cuts in the skinny budget had made it into law, they “would’ve really decimated the federal sciences,” and not just what the agencies do themselves, but in academia as well “because that’s where the grants come from,” Shultz, said.

“This would have serious repercussions for the U.S. economy and national security, and for the ability to protect life and property,” he said.

Danny Cullenward, an energy economist at Stanford University, said the proposed budget is an attack on the integrity of both U.S. environmental protection and the nation’s leadership in energy innovation.

“The proposed budget includes massive cuts to national environmental remediation programs, earth sciences, and basic energy research,” he said. “At a time when advanced science and technology is so important to solving our national challenges, this budget would force the United States’ smartest researchers out of public interest science.”

You May Also Like:
The Larsen C Ice Shelf Crack Just Sprouted a New Branch
The Energy Dept. Website Shifts Focus to the Economy
How Trump’s Monuments Review Could Impact Climate