Where Cows and Coal Rule, So Does CO2

In Wyoming, a sparsely populated state where cattle outnumber people more than 2-to-1, electricity is cheap, coal is king, winters are cold and distances are so vast that driving dozens or even hundreds of miles to reach a shopping mall or healthcare is a way of life.

That formula makes the Cowboy State the nation’s leader in per capita carbon dioxide emissions related to burning energy, according to a new U.S. Energy Information Administration report published Monday. The report ranks states by their carbon emissions per person, providing a look into energy and emissions efficiency across the country. 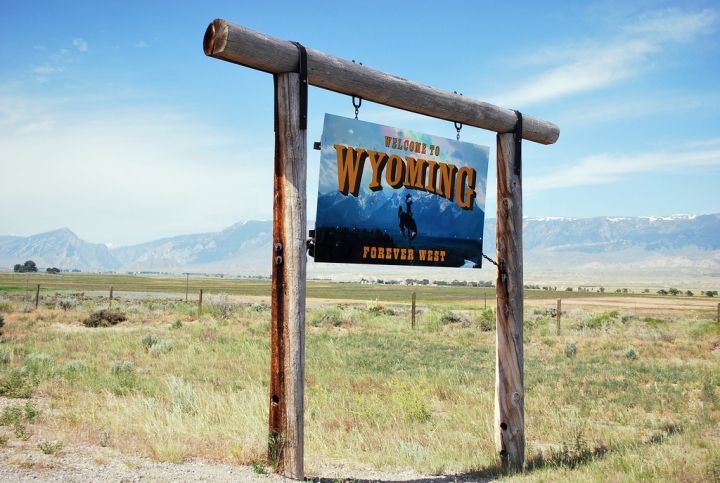 Carbon dioxide emissions are the driving force behind climate change and the prime target of the Obama administration’s Clean Power Plan, which aims to cut carbon emissions from power plants and boost energy efficiency.

Per-capita carbon emissions from burning energy are falling slightly in most states, and the general trend in emissions is “down and stable,” EIA analyst and report author Perry Lindstrom said.

New York, Vermont, California, Rhode Island and Connecticut are the top five states with the lowest per-capita emissions. Those with the highest per capita emissions are Wyoming, North Dakota, West Virginia, Alaska and Louisiana.

Wyoming is the nation’s second-largest energy producer, producing nearly 40 percent of all the coal mined in the U.S. All of that coal contributes to the state’s cheap electricity — the third cheapest in the U.S., according to the EIA — nearly 90 percent of which comes from coal-fired power plants. 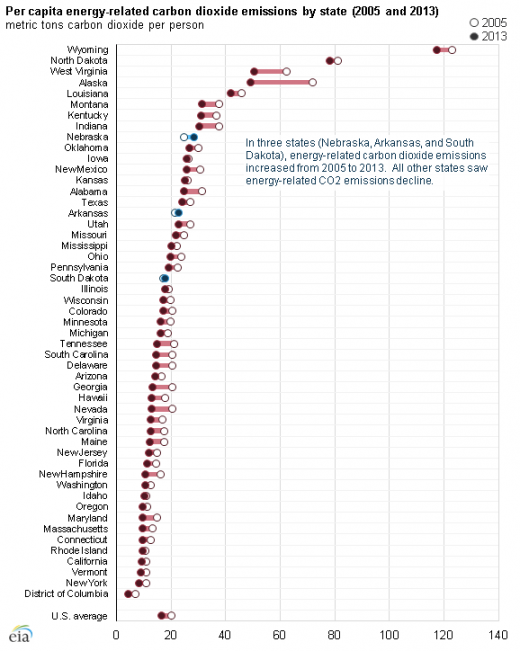 “The mining of coal — there’s energy that goes into that, obviously,” Lindstrom said.

And, like North Dakota, the second-highest per capita carbon emitter, winters are bitterly cold in Wyoming, averaging between 5°F (-15°C)  and 10°F (-12.2°C). That means a lot of energy is burned just to keep homes warm, Lindstrom said.

But just because a state is in a cold climate and has a low population doesn’t necessarily mean its emissions are high. Vermont, a geographically smaller state, is both of those, but most of its electricity is produced using hydropower and natural gas.

“If you’re a coal state, you use coal,” Lindstrom said. “If you’re next to a lot of hydropower, that’s how your system evolved over time.”

You May Also Like:
The $100 Billion Climate Question
Images Show Impact of Sea Level Rise on Global Icons