When Next Hurricane Hits, Storm Surge Will be Mapped

The next time a hurricane hits the Gulf or Atlantic coast, the National Weather Service will be ready with a new map that it hopes will more effectively communicate the threat of deadly storm surge flooding to the public.

The NWS plans to issue “potential storm surge flooding maps” together with tropical storm and hurricane watches beginning with the 2014 hurricane season, the agency announced Friday. 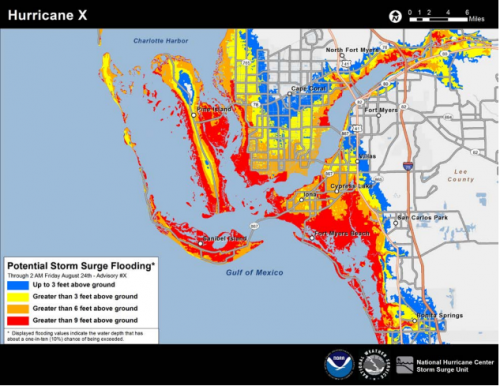 The maps will show areas where inundation from storm surge could occur, and how high above ground level the water could reach in those areas. “Storm surge is often the greatest threat to life and property from a hurricane. However, many people do not understand this term or the threat it represents,” the NWS said in a statement.

The plan for the maps follows several years of consultations between scientists at the National Hurricane Center in Miami and social scientists who conduct research into how people interpret forecast information and assess their own risk of flooding from a storm event. It also follows two storms in which the agency was criticized for not being clear enough about the storm surge threat.

During Hurricane Sandy, dozens of residents of New York and New Jersey died from coastal flooding despite accurate warnings that were provided in text products, rather than in map form. And during 2012’s Hurricane Isaac in Louisiana, entire communities had to be rescued at the last minute after residents failed to understand the storm surge threat the slow-moving storm posed to the low-lying bayous. 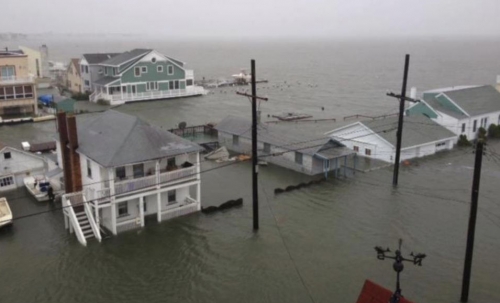 In both cases, the actual NWS storm surge forecasts were accurate, but there were breakdowns in how the information was communicated. The maps are, in part, meant to help prevent such situations from occurring again. A post-Sandy federal review panel found that the storm surge guidance provided by various offices of the NWS were often confusing and lacked graphical presentation. The storm surge caused coastal flooding to exceed 8 feet above ground level in some areas, including in portions of New York City, and water rise was noted from Florida to Maine, the report said.

The NWS said the first inundation map will typically be issued along with the initial hurricane watch, or in some cases a tropical storm watch, which is about 48 hours before the onset of hurricane or tropical storm conditions. The map will show inundation levels that have a 10 percent chance of being exceeded, “and can therefore be thought of as representing a reasonable worst-case scenario for any given location,” the NWS said.

The maps will be based on information from the National Weather Service's Sea, Lake, and Overland Surges from Hurricanes (SLOSH) computer model. The initiative will keep these maps in the experimental stage for 2 years, with the option of moving them into the agency’s suite of operational products thereafter, following a comment period from the public.