What the New IPCC Report Means for Europe

By Freya Roberts, The Carbon Brief

Europe has been warming faster than the global average over the past 30 years, the UN's new climate report reveals. 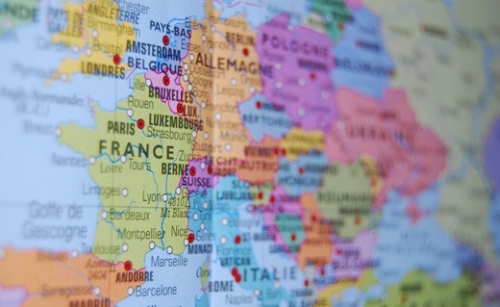 Last week, the Intergovernmental Panel on Climate Change (IPCC) released part one of its scientific report in full. Among some of the most significant findings from a summary of the report are that humans are responsible for at least half of the warming experienced in recent decades. The report also predicts higher sea levels and further warming worldwide if greenhouse gas emissions continue.

The full report also looks at how climate change could pan out differently across the many regions of the world. There will be much more on this when the IPCC releases the second part of its climate report in March 2014. But the first part provides some valuable insights about how climate change affects Europe. 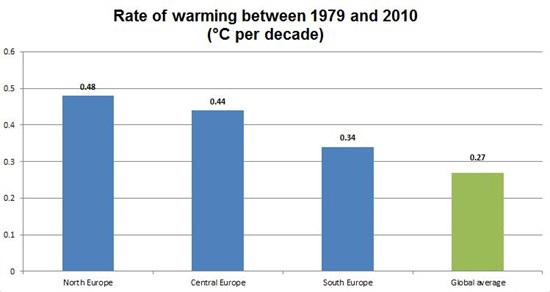 In addition to the warming trend, it's also very likely — which means scientists are 90 percent certain — that Europe has experienced a greater number of warm days and nights since 1950s, according to the report. Since the 1950s, it's also likely that the number of heat waves in Europe has risen.

The IPCC report states that it's likely mid-latitude regions like Europe have, overall, experienced more rainfall since the middle of the 20th century.  A number of studies the report cites suggest extreme or heavy rainfall events have become more intense and frequent in Europe, but there is some variation across regions and seasons.

Other signs of past changes in European climate are less clear, as is the case with droughts. There’s not enough data to say whether the number of droughts has changed across Europe as a whole. However certain areas, such as the Mediterranean, have likely experienced more frequent and intense droughts since 1950.

At this point, there's no clear evidence suggesting how flooding may have changed throughout Europe, but the second part of the IPCC report will discuss in greater detail how floods vary from country to country.

Similarly, there's still discussion among scientists about whether climate change has indirectly contributed to Europe's recent cold winters. The report cites a small number of studies which have linked the decline of Arctic sea ice with the changeable winter conditions in Europe. The research suggests that warming in the Arctic could weaken the jet stream — allowing cold polar air to reach south to places like Britain. More work is needed, however, before scientists can be sure of a link.

Greenhouse gas emissions' disruptive effects on the climate are set to continue, warns the report. In all parts of Europe, and across all the seasons, temperatures are predicted to rise. The speed of warming by the end of the century is likely to be much faster than at present.

Climate models suggest that some parts will warm faster than others, however. The IPCC report predicts that under a scenario where greenhouse gas emissions continue to rise in the near term but stabilize by the end of the century ( RCP4.5), north Europe would warm fastest. 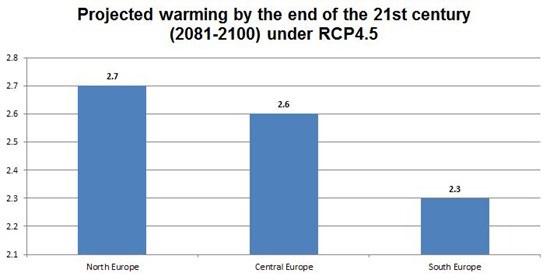 Different patterns emerge when climate models simulate rainfall patterns in the future, too. North and central parts of Europe are projected to get wetter, with an average increase in rainfall of 8 and 4 percent, respectively. Again that's compared to the 1986-2005 average. Meanwhile, Southern parts of Europe are projected to become drier, with 5 percent less rainfall on average. When rain does fall it's likely to be in heavier bursts, the report says. 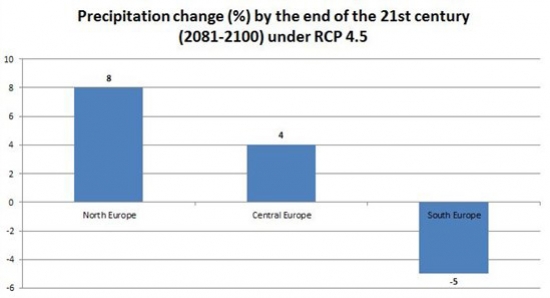 As for heat waves, it is “very likely” Europe will experience longer, more frequent or more intense warm spells (or both), the report says. Recent research also included in the report suggests that the drying out of soils may actually be amplifying the problem of heat waves.

Scientists writing the new report say they have much greater confidence in their ability to model past and future changes in European climate since the IPCC's last big review of science in 2007.

It's not possible to be 100 per cent certain about exactly how much warming and rainfall the continent will experience in the near term, since the region has notoriously complicated weather. Two major circulations in the atmosphere and oceans affect the European climate from one decade to the next, making it difficult to pin down changes in the short term.

But that doesn't change the long term projections in the IPCC's report. Expect more detail when part two of the IPCC report is published next March, but for now it looks like Europe's in for hotter days and heat waves, with many northern and central countries getting wetter while southern parts get drier.

This story was originally published in The Carbon Brief and was republished with their permission.