Shrouded by smoke from a fire in California’s parched San Bernardino Mountains, schools in the Victor Valley closed their doors last week. The Pilot Fire was contained on Monday — shortly before the Blue Cut Fire broke out, billowing soot and ash over the valley afresh, forcing further closures.

“This is a pretty unprecedented situation,” said Violette Roberts, a Mojave Desert Air Quality Management District official whose job involves warning residents in the area about air pollution. On Monday, “the sky had turned dark,” she said. “It looked like it was sunset most of the day.” 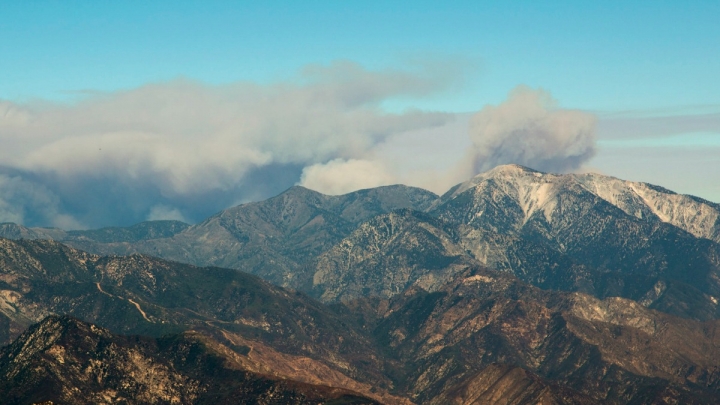 As the district warned valley residents to “limit time spent outdoors” and to seek medical care for respiratory ailments, school and health clinic closures and canceled sporting events were reminders that health impacts from wildfires carry further than the flames.

In the West, where populations living near forests and scrublands are growing, global warming is projected to fuel worsening wildfires, mostly by drying out the land. Research published this week showed how those forces will combine to cause wildfire pollution to threaten tens of millions more people during the years ahead than are currently at risk.

“When you have a wildfire, like a really bad wildfire, you can see that the air quality is reduced,” said Brooke Anderson, a Colorado State University epidemiologist who worked on the new study, published in the journal Climatic Change. “These ambient air pollutants can reach a lot of people.”

Researchers like Anderson have taken to using the term “smoke wave” to describe the type of multiday impacts from wildfire pollution that were experienced this month in the Victor Valley. The valley contains hundreds of thousands of residents as well as the thoroughfare linking Las Vegas with Los Angeles.

Anderson and scientists from Yale and Harvard calculated that 82 million residents of the West will experience smoke waves that are two days or longer during a six-year period beginning in the late 2040s. That’s a 44 percent increase from a six-year period last decade.

“We discovered that, indeed, fires will become worse in the future, and that the number of people exposed to what we call smoke waves increases by about 35 million,” said Loretta Mickley, an atmospheric chemist at Harvard who helped lead the study.

Frequency of smoke waves in the West from 2004 to 2009 (left) compared with projections for 2046 to 2051 (right).
Credit: Liu et al., “Particulate Air Pollution from Wildfires in the Western US under Climate Change,” Climatic Change, 2016.

The researchers combined population projections with the outputs of models designed to predict fire risks as greenhouse gas pollution continues to build up in the atmosphere. They also used a model to project the spread of plumes of air pollution from the flames.

On a per-county average, the group estimated that the number of smoke waves experienced in the West will increase to about 1.5 each year by the 2050s, up from about one today. The smoke waves are also projected to become more intense — with air pollution during the worst smoke waves expected to worsen more than 400 percent.

Not all counties will be equally affected. Some may experience fewer smoke waves as the climate changes, though most were projected to experience worsening conditions. Communities located in or near forests face the worst impacts.

“Arizona does get much bigger fires in the future, but because it’s so grassy there, there’s not a lot of fuel for those big fires,” Mickley said. “These fires can threaten homes, but you don’t get the same massive smoke events.”

The research was lauded by other scientists for its sophisticated and novel approach.

“It’s as good if not better than anyone else is doing,” said Christine Wiedinmyer, a National Center for Atmospheric Research scientist who was not involved with the study. “They’ve come up with a nice way of predicting fires — both now and into the future.” 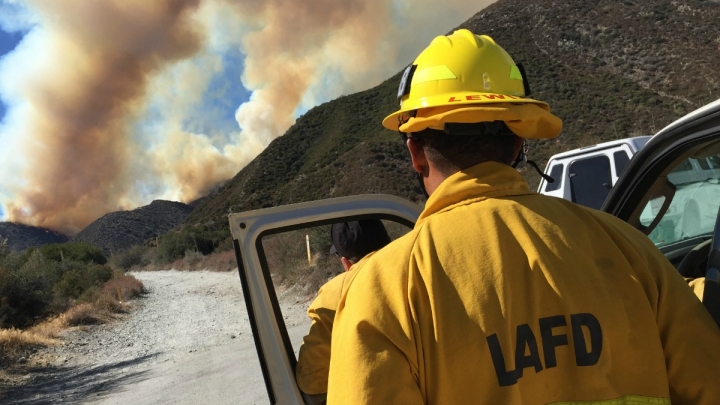 Wiedinmyer said the findings point to a need to better manage Western forests with more prescribed burns, which simulate natural conditions and clear forest floors of potential fuel. “Of course, you’re going to get emissions there,” she said, but risks of smoke waves from wildfires “might be reduced.”

The research focused on fine sky-darkening particles called PM2.5 pollution. Such pollution is one of the world’s main killers, posing risks in particular to children, the elderly and the sick. It’s released by fossil fuel-burning power plants, internal combustion engines and wood burning.

“This type of approach provides a much more expansive and complete view of the potential consequences for humans as we change our climate,” said Kevin Anchukaitis, a climatologist and geographer at the University of Arizona who wasn’t involved with the study. “It shows the complicated yet robust link between climate change and human health.”

The scientists didn’t focus on other kinds of air pollution created by wildfires, such as chemicals that combine in the atmosphere to form ozone pollution.

“The direct effects on human health would be much greater for PM2.5 than for the ozone,” said Lesley Ott, a scientist at NASA who wasn’t involved with the study. “This is probably the most direct threat to human health.”