All along Antarctica’s coast, tongues of floating ice act as a firewall. Any major breaks in the firewall could send inland ice flowing faster to the sea, raising ocean levels and threatening coastal communities around the globe.

In some ways, it’s a process already seen in some areas of Antarctica and it’s concerning enough that scientists have undertaken new research to identify where the weakest links in the firewall are. 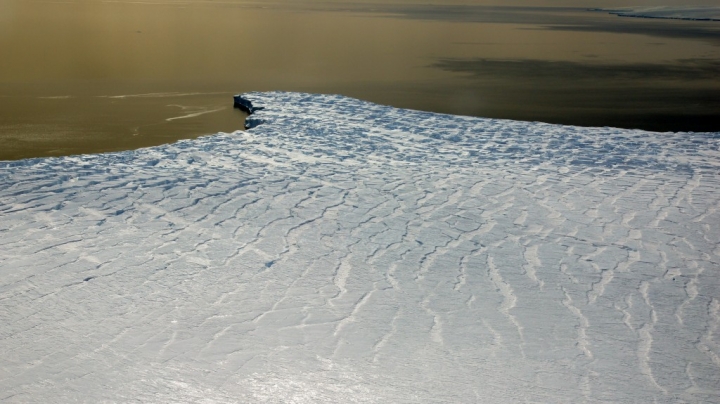 The findings, published in Nature Climate Change on Monday, show that West Antarctica — long an area of scientific concern when it comes to sea level rise — has some of the weakest areas of defense protecting its ice.

Researchers analyzed the tongues of ice — known as ice shelves — to see how much ground each ice shelf could lose before processes began to speed up, sending more inland ice to the sea.

“When they break-up, it is like pulling the plug in the bathtub for the adjacent tributary glaciers,” Johannes Fürst, an ice expert at University of Erlangen-Nuremberg and leader of the new study, said. “For our article, we just wondered how far we can cut into the existing ice-shelf geometries before a notable and instant dynamic effect becomes apparent.”

The cause of the cutting could be any number of factors, according to Fürst, ranging from ice shelf shape to warming seas driven by climate change. This research didn’t focus on the specific causes of ice loss in the region, just how much ice could be lost until major changes occurred. 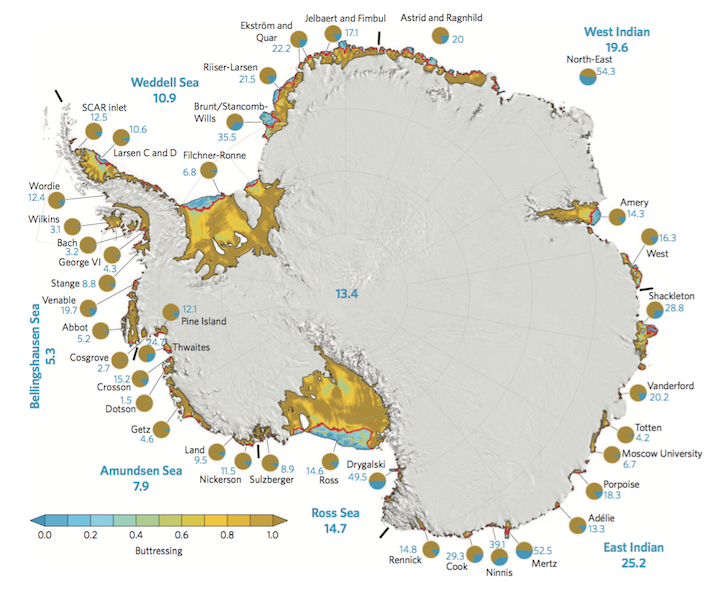 “We have known for a while now that ice shelves are important plugs for the glaciers that flow in from behind,” Martin Truffer, an ice shelf researcher at the University of Alaska, said. “(This research uses) an innovative method and it shows some interesting results.”

The Amundsen and Bellingshausen sea sectors in West Antarctica are home to the most at-risk ice on the continent. Both regions’ ice shelves average less than 10 percent of their ice being “safe” to lose (in a relative sense anyways) before major ice sheet dynamics start to change.

The Antarctic Peninsula is home to rapidly weakening ice shelves as well. That includes Larsen C, which Truffer and his colleagues at the University of Alaska are actively observing this year because of an impending collapse. It’s ice shelf cousins, Larsen A and B, both broke up in spectacular fashion in 1995 and 2002, respectively.

The collapse of Larsen C, which is roughly the size of Scotland, is “going to be a really big event,” Paul Holland, a researcher with the British Antarctic Survey, told Climate Central last year.

All told, West Antarctica contains enough ice to raise sea levels by 13 feet. One of the key questions for scientists is how fast the region could melt out.

The new research could help clarify those estimates and provide clues for what other ice shelves scientists need to be monitoring.

“If we monitor an ice shelf which was not at risk, we will not learn anything on the involved processes and mechanisms. Thus, putting our focus on the right location now will help us to better assess what and when things will start in other regions,” Fürst said.

Helen Fricker, an Antarctic researcher at the Scripps Institution of Oceanography, said while the new research does provide these types of insights, there’s still value in monitoring every and all ice shelves at the bottom of the world.

“I still think we need to continue to monitor the thickness of all ice shelves with satellite altimetry and we should not lose sight of any ice shelf, as there are similar processes occurring under all ice shelves that we need to understand,” she said.

You May Also Like:
Climate Change Is Leaving Native Plants Behind
Climate Economists React to Obama’s Proposed Oil Tax
The Southwest May Have Entered a ‘Drier Climate State’