Did Spate of Wet Weather Fuel the Reign of Genghis Khan?

During the early 1200s, Genghis Khan and his Mongol warriors swept across much of Asia, massacring populations wholesale — by one estimate killing 40 million in just 20 years. Historians have long thought that part of their motivation for expansion had to do with climate. A new analysis in Proceedings of the National Academy of Sciences argues that this theory is literally all wet.

Arid conditions in Genghis Khan’s home territory of northern Mongolia, goes the story, drove him and his hordes outward in search of better land. But the new research suggests that the local climate at the time he began his murderous conquests was the wettest it’s been in roughly the past 1,100 years. 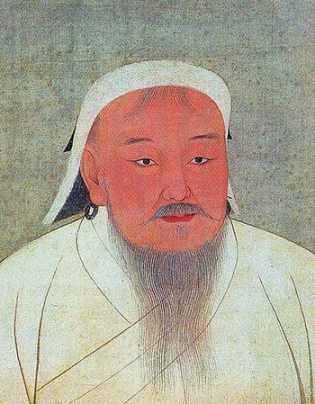 Amy Hessl, a physical geographer at West Virginia University, and her colleagues stumbled on the evidence for this ancient episode of unusual wetness by accident. In 2010, she was part of an expedition looking to understand the fire history of north-central Mongolia. The researchers were looking at tree rings, which represent a tree’s annual growth layers and show charring from ancient fires.

En route to the study site, the team was driving past an old lava flow, when Hessl noted a stand of pine trees amongst the rocks. She convinced the team to stop on the way back and take some samples.

“They sat in the lab for four or five months,” co-author Neil Pederson, a scientist at Lamont-Doherty Earth Observatory’s Tree-Ring Laboratory, said in an interview.

When Pederson finally got around to analyzing them, he found they were much older than expected. One went all the way back to the 600s, and others to the 1100s.

Pederson didn’t find any evidence of fire, but he was surprised to see a series of unusually thick growth rings representing the years 1215–1226. That told the scientists that those years were especially wet, allowing the trees to grow more over that period. While he’s not a historian, Pederson said, “I knew enough to realize this was right at the time the Mongols began to build their empire.”

Pederson, Hessl, and their colleagues hadn’t taken enough samples to be certain their analysis was right, but in 2012 they returned to the site to take more samples. Analysis back in the lab confirmed their original conclusion.

That could mean Genghis Khan’s hordes weren’t driven by drought at all.

The physical findings appear to be well grounded. The strong uptick in moisture in the tree ring data jives with records from lake sediments in the area. Those sediments provide a cruder record but suggest a wet period more or less around the same time.

“It’s a super strong moisture signal,” Stahle, a tree-ring expert from the University of Arkansas who was not involved with the study, said in an interview. 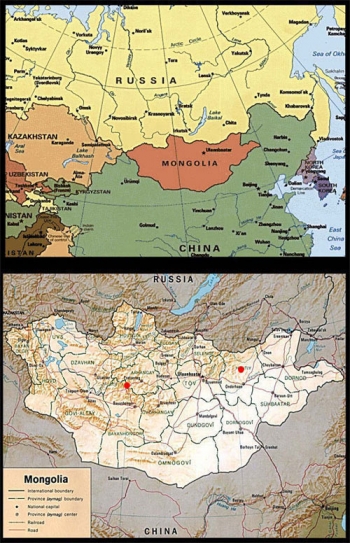 The researchers hypothesize that the wet period not only goosed tree growth but also helped grasses grow more vigorously. Those grasses in turn provided forage for the horses and cattle that sustained Genghis Khan’s march across the Mongolian steppe.

Stahle agrees with the first part of that conclusion.

“The trees are probably a decent proxy for the productivity of the grasslands,” he said.

But Stahle doesn’t see such strong evidence for the next step of reasoning — that productive grasslands and the livestock they nurtured allowed Genghis Khan to become powerful enough to launch his campaigns of conquest. Because of the lack of reliable written records from that era, it’s hard to confirm or refute that portion of the researchers’ theory.

“It’s just a working hypothesis at this time,” Pederson said. “This is just the first step of a big, complex research project.”

Ultimately, figuring out what motivated Genghis Khan is a fascinating historical exercise but the implication for the future is perhaps more important. And what the scientists found at the modern end of the tree-ring record is what Stahle calls “sobering.” The years 1215-1226 may have been unusually wet, but the drought that afflicted the region from 2002-2009 rivals the worst seen over the past thousand years.

Its only competition is a terrible drought that came just before Genghis Khan’s rise. But that happened long before humans began adding heat-trapping carbon dioxide to the atmosphere,

Hessl said the 21st century drought was driven in part by climate change. She said it triggered a mass migration to Mongolia’s capital, Ulan Bator, driving up the city’s population by 50 percent.

“We suggest that these droughts will become more common as the climate changes, and that they’re likely to precipitate major social and economic change, both in Mongolia and in any other semi-arid regions,” Hessl said.

Unlike the Genghis Khan theory, this one could be confirmed in the near future.