When massive storms inundate coastlines or a veritable snowpocalypse keeps a city buried for days, the first question on many minds is: Was climate change to blame?

It may play more of a role than previous studies have suggested, according to scientists who advocate a different approach to searching for the fingerprints of warming in extreme weather. 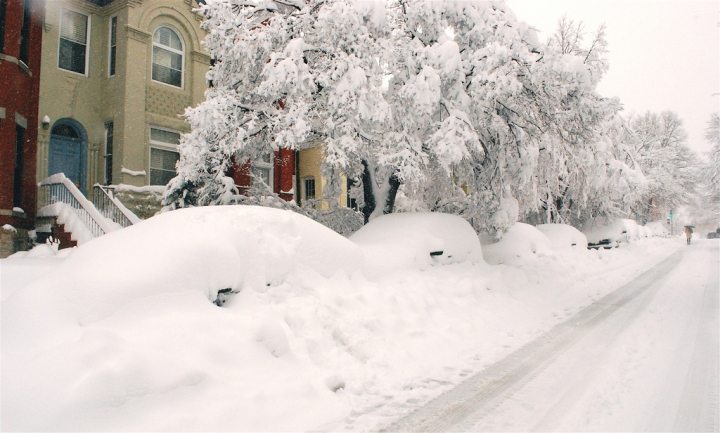 In a new study detailed in the journal Nature Climate Change, these scientists suggest that if investigations focus on the well-known and robust effects of temperature and increased water vapor in the atmosphere, they’ll find that these factors tend to exacerbate the impacts of such weather events. Examples in the study ranged from the record-breaking rains and flooding that occurred in Boulder, Colo., in September 2013 to the devastation of Hurricane Sandy.

Not all scientists engaged in the burgeoning field of extreme event attribution agree, though, arguing that the approach advocated in the study doesn’t give a full picture of what led to extreme weather. Still, it could be useful for supplementing other attribution efforts, or to give some idea of the role of warming played in events that are difficult to represent in climate models, other scientists say.

Traditionally, extreme weather attribution efforts have used statistical analyses and climate modeling to examine what role the overall warming of the planet plays in the rarest of weather events. But models are limited in the types of events they can reliably resolve, which can mean that clear climate change impacts — the amount of rain or snow that falls or the severity of a drought or heat wave, for example — could be missed, Kevin Trenberth, a climate scientist at the National Center for Atmospheric Research in Boulder, Colo., and two colleagues argue in the study.

Trenberth has long been bothered by news headlines proclaiming that warming was or was not to blame in certain events, and thought that this problem was partly a factor of the way the question of climate change’s role was being approached.

Any extreme weather event is affected both by the atmospheric setup that leads to it, such as the patterns of high and low pressure in the atmosphere and the position of the jet stream, as well as what is called the thermodynamic environment, or the changes in atmospheric temperature and water vapor. Warmer air could mean higher temperatures in a heat wave, or could exacerbate a drought. And because the water vapor in the atmosphere increases by 7 percent for every degree Celsius of warming, it can also mean more fuel for rainstorms.

Traditionally, attribution studies have included both aspects to get a full picture of a particular event, but NCAR models have suggested that the change in atmospheric dynamics from warming is swamped by the natural variability of Earth’s climate right now (and is likely to be for some time), while the changes to temperature and water vapor are some of the most well understood and robust responses to warming. So Trenberth thinks that taking out the atmospheric circulation from the equation can simplify the question and enable scientists to make clearer statements about the role of warming.

In the new study, he and his co-authors examined four extreme events: the February 2010 “snowmaggedon” in Washington, D.C., Hurricane Sandy, Super Typhoon Haiyan, and the torrential rains and flooding in Boulder in September 2013. In all four events, the authors point out, warm sea surface temperatures played a role. In Haiyan and Sandy, that ocean warmth meant a higher sea surface, which meant more storm surge. In the snow and rain events, the warmer waters provided more moisture to fuel snows and rains. 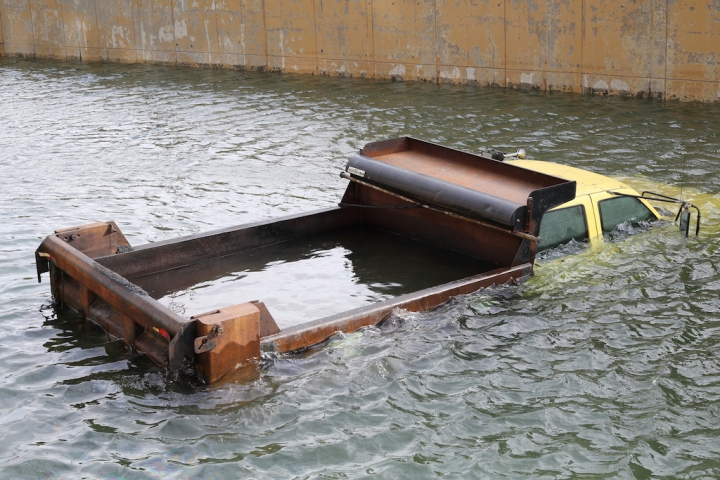 Essentially, while the occurrence of each event was in part, or perhaps even almost entirely, a matter of the random, chaotic nature of the atmosphere, climate change helped drive up how extreme they were. (Some of the ocean warming in each case was due to natural variability, but a significant part is the result of man-made warming.)

In the case of the flooding in Boulder, a previous study had concluded that such an event should become less likely with warming. While climate change may have little to no impact on the atmospheric setup of the event, the authors of the new study say, it did mean more moisture was available for the rains.

Trenberth said he hopes that the attribution community will implement these types of studies.

“I hope that the attribution science community will do things rather differently in future, and I think there is a good chance that this will change things substantially, but it may take a few years and meet some resistance,” he said in an email. “But quite a number of colleagues have responded that what we propose makes sense to them.”

Others in the attribution community argue that to really know how events might be affected by warming, the full atmospheric picture must be taken into account.

“The problem with their proposal is that events are influenced by both dynamic and thermodynamic factors and only by allowing the inclusion of both in attribution analyses can we fully inform decision-making in the face of such extremes,” Peter Stott, who leads the climate monitoring and attribution team at the U.K.’s Met Office and works with Climate Central on such efforts, said in an email. It could be that such events become less likely or are relatively unchanged, he added.

Stott and others did say that where models can’t resolve events, the types of studies proposed by Trenberth and his co-authors could at least allow them to say something about the possible role of warming.

“This approach is useful in that it allows us to simplify our explanations of extreme events' relation to climate change by focusing on the role of those aspects which are most easily explained and predicted,” Columbia University climate researcher Adam Sobel, who was not involved with the study, said. “That is, we know the planet is warming and that this is causing more moisture to be in the air.”

You May Also Like:
U.S. Weather in 16 Prize-Winning Images
Climate Change Poses a Brewing Problem for Tea
The Climate Context for India’s Deadly Heat Wave