We are standing on the edge of a new world where warming is poised to accelerate at rates unseen for at least 1,000 years.

That’s the main finding of a paper published Monday in Nature Climate Change, which looked at the rate of temperature change over 40-year periods. The new research also shows that the Arctic, North America and Europe will be the first regions to transition to a new climate, underscoring the urgent need for adaptation planning. 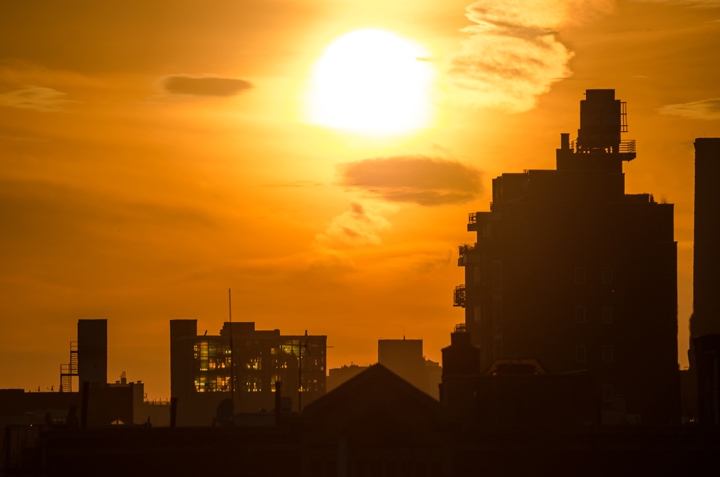 “Essentially the world is entering a new regime where what is normal is going to continue to change and it’s changing at a rate that natural processes might not be able to keep up with,” Steven Smith, a researcher at the Pacific Northwest National Laboratory, said.

Historical records show temperatures have typically fluctuated up or down by about 0.2°F per decade over the past 1,000 years. But trends over the past 40 years have been decidedly up, with warming approaching 0.4°F per decade. That’s still within historical bounds of the past — but just barely.

By 2020, warming rates should eclipse historical bounds of the past 1,000 years — and likely at least 2,000 years — and keep rising. If greenhouse gas emissions continue on their current trend, the rate of warming will reach 0.7°F per decade and stay that high until at least 2100. 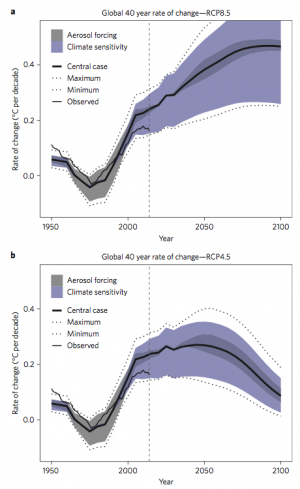 The northern hemisphere will be the first region to experience historically unprecedented warming. The Arctic, which is already the fastest warming part of the planet, will see temperatures rise 1.1°F per decade by 2040. North America and Europe will see slightly lower, though equally unprecedented, warming.

“With those high rates of change, there’s not going to be anything close to equilibrium,” Smith said, underscoring the profound potential impacts on both the natural world and society.

“The authors have demonstrated that we are currently headed into uncharted waters when it comes to the rate of climate change we are now seeing,” Michael Mann, who runs Penn State’s Earth System Science Center, said. “While past studies have focused on the unprecedented nature of the current warmth in the context of the past millennium, there has been less attention to the equally — if not more — critical issue of the rate of warming.”

The research comes on the heels of two recent papers — one which Mann co-authored — projecting that rapid warming is likely to resume in the next decade. That growing body of research has hypothesized that oceans have been stashing extra heat in their depths, leading to a slowdown in the rise of surface temperatures around the globe. But a coming shift in the Pacific trade winds could remove the cap holding that heat down and lead to increased surface warming.

Smith’s work didn’t specifically address this issue, but he said the global warming slowdown isn’t surprising given its comparatively short time frame. That’s partly why he chose to focus on 40-year intervals, which strip away year-to-year noise and represent an important time horizon for infrastructure planning.

“The normal will keep changing over time and that’s something we’ll have to expect and adapt to,” Smith said.

You May Also Like:
Drought Weakens the Amazon’s Ability to Capture Carbon
How Did Your City Fare This Winter?
Once Again, A Record-Hot Winter for California
Maps Show El Niño Won’t Help the West’s Water Woes