Powerful winds are commonplace in the U.S. prairie states, which experienced walls of dirt swept into the air by these gusts during the Dust Bowl. While today's winds don't often carry the huge quantities of dust that they did in the 1930s, they’re stirring up something significantly more useful in states like Kansas, Oklahoma and Texas – energy.

A study published last month in the journal Renewable Energy suggests that climate change may make these states windier in the coming years, which could be a boon to the nation’s renewable energy industry and the already thriving wind energy operations in those states. 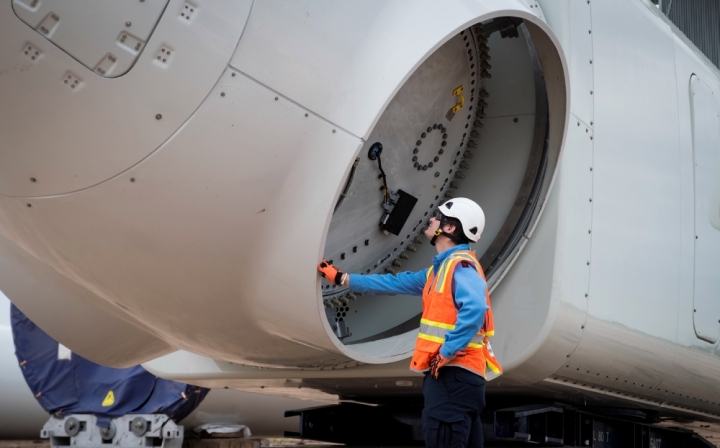 Texas had the greatest amount of installed wind capacity in the U.S. at the end of the first quarter of 2015, generating enough energy to power 3.6 million homes, according to the American Wind Energy Association. Oklahoma and Kansas weren't far behind, being fourth and ninth, respectively.

The steady rise of global temperatures – driven by the buildup of heat-trapping greenhouse gases – was one of the driving factors behind the study. Projections by the Intergovernmental Panel on Climate Change (IPCC) suggest that if countries meet their current greenhouse gas emission reduction goals, temperatures may rise 2.3 to 2.9 degrees Celsius by 2100. If emissions continue unabated, temperatures may rise 4.1 to 4.8 degrees Celsius.

“The sun is emitting energy uniformly, but the earth takes it up unevenly. To me, that’s the starting point of why pressure and wind come about on the earth at all,” Robert Erhardt, a Wake Forest University assistant professor and one of the study’s authors, said. “I was interested in looking to see if there were any projected changes in wind speed and ultimately wind energy density as a result of climate change.”

Erhardt and Dana Johnson, a Wake Forest University student and study co-author, used four climate models from the North American Regional Climate Change Assessment Program (NARCCAP) to map wind energy density throughout the United States. After calculating and mapping the wind energy density of every region from 1968 to 2000, the team did the same using computer modelling for the years 2036 to 2070.

While some of the climate models suggest modest decreases in wind in some areas, across all four models, the wind energy densities of Oklahoma, Kansas and Northern Texas are projected to increase at least 2 percent by the middle of the century.

“These states are already windy, they already have wind farms, there are records and legislation promoting more of this, so it was a happy coincidence, really, that this was also the region that we projected to get windier,” Erhardt said. 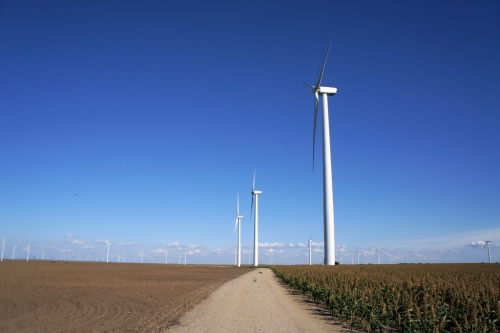 The researchers focused on three counties within those states to determine how much additional power each person would get with the projected midcentury wind energy density increase.

For example, the 75 turbines in Kiowa County, Kan., which is about 120 miles west of Wichita, have the capacity to generate 120 MW of power; that’s enough to fuel around 7,900 homes every month. Even if Kiowa County stopped installing new wind turbines, a 2 percent increase in wind energy density would allow the existing turbines to generate an extra 10 MW of power. Each of the county’s 2,500 residents would therefore have an additional 3.9 kW of power to use, enough for each of them to run a clothes washer and drier all day, every day.

Mark Jacobson, a professor of civil and environmental engineering at Stanford University, said that though the changes in wind energy density that the study demonstrates are modest, they project wind energy’s staying power.

“The good news is that, whether future wind speeds increase or decrease due to climate change, the changes are relatively small,” Jacobson said. “Given the vast wind resources of the Great Plains, climate change will not cause a loss of wind power generation to the U.S.”