Those are the conclusions of a Woods Hole Oceanographic Institution study published Monday in the journal Nature Climate Change, showing that the shifting jet stream over the Pacific Ocean is increasing flight times between Hawaii and the U.S. mainland, leading to more of the pollution that fuels climate change.

Flights between Hawaii and the U.S. mainland could get longer as the jet stream changes position in a warming world.
Credit: Anthony Dolce/flickr

Previous studies have shown that commercial airplanes will be affected by climate change primarily in terms of turbulence. But the U.S. government has recently made moves to look at how climate change is being exacerbated by commercial airplanes, which for account about 3 percent of total U.S. greenhouse gas emissions and about 0.5 percent globally.

The Environmental Protection Agency announced in June that it plans to declare commercial airplane emissions a danger to public health because of the role they play in climate change — the first step in regulating airplanes’ emissions and engine fuel efficiency.

The Woods Hole study shows how airplanes flying into winds made stronger by both natural climate variability and man-made global warming will in turn make global warming even worse. The resulting additional greenhouse emissions from airplanes could increase total global emissions by 0.03 percent as roundtrip flight times across the globe increase, according to the study.

“What we found was that, for the particular airline routes that we focused on, the flight-level wind changes were such that westbound flights should take longer in the future while eastbound flights will be shorter,” study lead author Kristopher Karnauskas, an associate scientist of geology and geophysics at Woods Hole, said.

Those cycles include the El Niño-Southern Oscilliation, or ENSO, and the Arctic Oscillation, which drive natural climate variability over the Pacific, including the position of the jet stream between Hawaii and North America.

Karnauskas’ team studied U.S. Department of Transportation data for 250,000 commercial flights between Honolulu and the West Coast, and compared them to observed winds at an airplane’s cruising altitude to understand how the flights are being affected by the wind patterns. They found a strong correlation between air travel times and fluctuations in the ENSO and Arctic Oscillation. 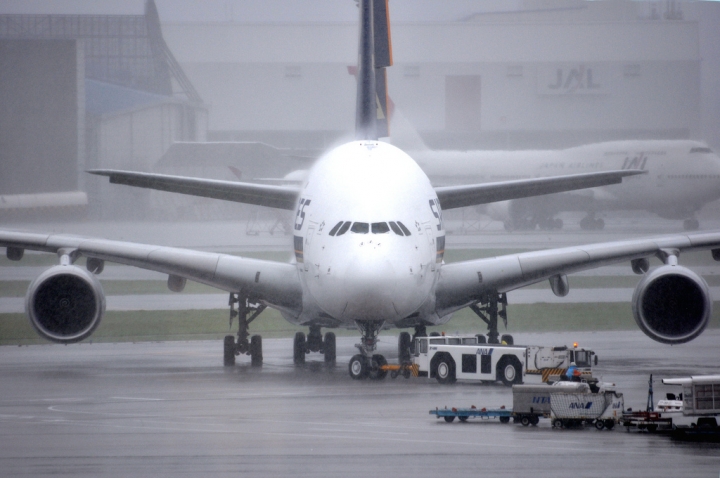 The team then analyzed 30 different global climate models used by the Intergovernmental Panel on Climate Change, which show that in a warming world the jet stream may reposition itself in a way that forces airplanes to fly against stronger winds on routes between the mainland and Hawaii.

Researchers unaffiliated with the study said it shows the need for more research into the effects of commercial aviation on the climate.

“This study is focused primarily on one part of the total picture, as you know, and so points the way to larger studies assessing something more like the whole (airline industry) route structure as currently flown and what might be flown in a changing world,” Penn State geosciences professor Richard B. Alley said.

In showing that commercial flight times will increase in a warming world, the study illustrates that everyone’s lives will be touched by climate change in some way and that people will need to adapt, he said.

Manoj Joshi, senior lecturer in climate dynamics at the University of East Anglia in the United Kingdom, said the study shows how cruising altitudes over the northeastern Pacific can be altered by both climate variability and climate change and that increasing airplane fuel efficiency would make airplanes less sensitive to those changes.

“It’s a jolly interesting study that shows yet another way in which climate change and variability affect the human world,” he said.