While the 2015 Atlantic hurricane season is expected to be relatively quiet, thanks to the influence of a healthy El Niño, the typhoon season in the northwest Pacific has been jam-packed so far, even for an area that normally sees the highest tropical cyclone activity and a large proportion of the strongest storms. 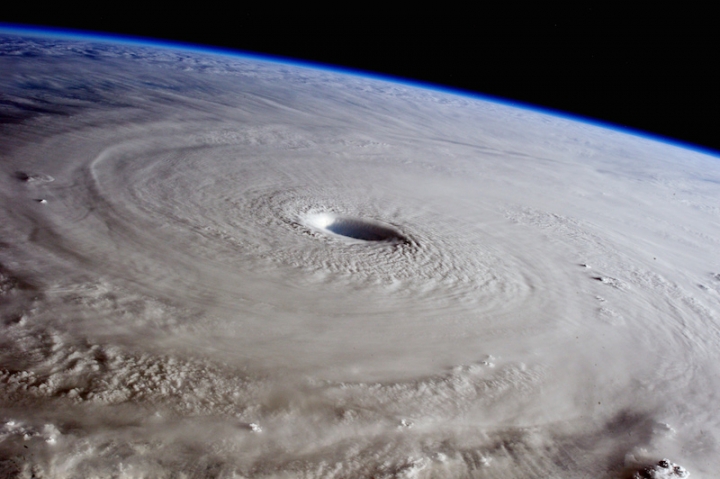 One of the earliest Category 5 typhoons in the record books, Super Typhoon Maysak, formed in March, and the basin has already seen its seventh named storm, the earliest in a season that mark has been reached. And one of the strongest cyclones ever measured, Typhoon Haiyan, devastated the Philippines just two years ago.

A new study suggests that the region could see even more intense storms in a warming world, propelled by rising temperatures in the upper portion of the ocean. The excess heat absorbed by the Pacific as greenhouse gas emissions continue will lead to a 14 percent increase in typhoon intensity in that basin by 2100, the researchers project.

“This is exciting and well-executed research which will no doubt influence future work on the relationship between tropical cyclones and climate,” Kerry Emanuel, a hurricane-climate researcher at MIT who wasn’t involved in the study, said in an email.

Features that make the northwest Pacific such a hazardous place in terms of storm risk also make it ripe for studies of patterns and trends in tropical cyclone activity — the more storms there are, the more data researchers have to tease those trends from.

In particular, researchers want to understand how the overall warming of the planet, including the oceans, will affect future storm activity. The emerging consensus from climate model studies is that there will be fewer, but more intense tropical cyclones (the blanket term for hurricanes and typhoons) in a warmer world.

Finding real-world responses is helpful in understanding what might happen. The study authors did this by first looking at how typhoon intensity has changed over recent decades by taking the average of the peak intensities that all typhoons achieved during a season. Recent decades had “unprecedentedly high average typhoon intensity” compared to the 1970s, they wrote. This beefed-up intensity seemed to be caused by high rates of intensification, like a car that can go from zero to 60 mph in a matter of seconds.

The researchers wanted to find what factors in the typhoons’ environment might be causing this rapid intensification; those factors are more readily simulated by climate models. They found that the temperatures of the upper ocean layers, particularly those just under the surface, gave the best match.

The link isn’t terribly surprising, given that warm waters are the fuel for the convection at the heart of tropical cyclones. Storms tend to leave a cool “wake” behind them, as they churn cooler waters from below. But if that water is relatively warm, it makes sense that the typhoons would see a bigger boost. 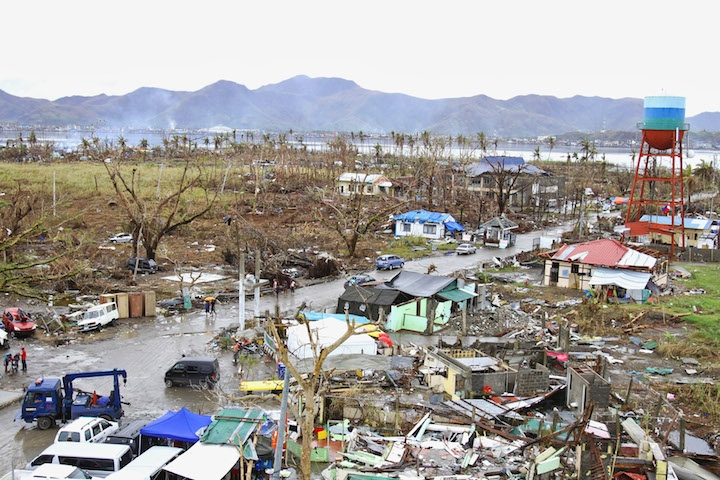 It was surprising, though, said author Wei Mei, just how much ocean temperatures dominated the intensification, particularly over atmospheric factors like wind shear, or the change of speed and direction of winds with altitude. High wind shear can choke off a storm’s development.

Given the relationship they found, and the amount of warming expected in the oceans with even a moderate level of continued greenhouse gas emissions over the rest of the century, Mei and his colleagues calculated that the average typhoon intensity would go up by 14 percent.

That figure is about twice what other researchers, like Tom Knutson at the Geophysical Fluid Dynamics Laboratory in Princeton, N.J., have calculated. The discrepancy could be because the new study ignored certain atmospheric processes that could be more important to storm formation in a warmer world than they are now, both the authors and Knutson said.

Knutson also pointed out that other groups haven’t found the same increase in typhoon intensity in recent years that this study, detailed in the journal Science Advances, identified. Others have also found that ocean temperature changes with depth has more of an effect than this study found. Knutson suggests that further research will be needed to clear up the picture.

Just how the results from this study might apply to the rest of the world is also unclear.

“The story may differ from basin to basin,” Mei said in an email.

You May Also Like:
Will The West Ever Be Able To Live With Fire?
Report: U.S. Can Make Good on Climate Pledge — Barely
Obama Issues Tropical Storm Forecast, Does Twitter Q&A
El Niño Can Raise Sea Levels Along U.S. Coast