When a searing heat wave sends the temperature soaring, Americans turn to their air conditioners for relief. But with heat waves becoming more intense and happening more often as the world warms, that air conditioner use on the hottest days will put substantially more demand on the nation’s electricity grids, a new study finds. 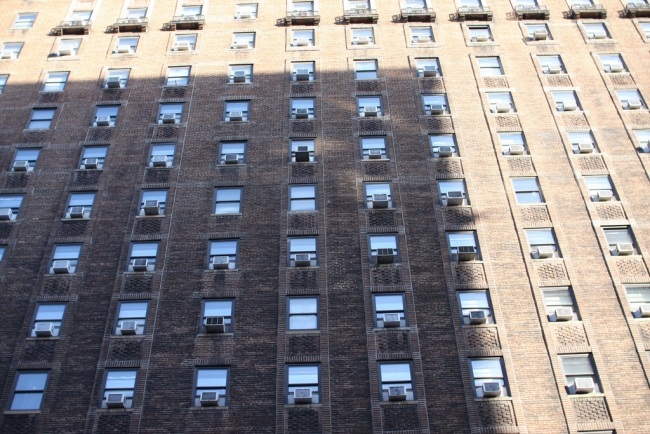 When hot weather hits, some areas of the country rely on window air conditioner units for relief.
Credit: Arvind Grover/flickr

That increased demand means electricity providers will need to increase capacity to guard against spikes in usage, potentially requiring up to $180 billion of additional grid investment, the study, detailed Monday in the journal Proceedings of the National Academy of Sciences, suggests.

“The big implication of this study is that adaptation to rising temperature . . . will be more expensive than what the existing models tell us,” co-author Catie Hausman, an energy and environmental economist at the University of Michigan, said. That means that reducing greenhouse gas emissions now to avoid those future costs is also a more valuable prospect.

That Earth’s rising temperature will lead to more intense and more frequent extreme heat events is one of the basic tenets of climate change. This shift can already be seen when comparing record highs to record lows. In 2016, highs in the U.S. outpaced lows by nearly 6-to-1. If greenhouse gas emissions continue at current rates, this trend will become even more pronounced.

Because electricity-driven cooling systems are the main way people deal with hot days, it has long been expected that global warming would lead to a rise in electricity consumption and that this would be one of the biggest costs associated with a changing climate.

To date, most evaluations of that cost have focused on how much average electricity consumption would rise. But electrical grids aren’t just built for average use; “we build the grid to meet the highest demand day of the year,” Hausman said. And that day comes during the heat of summer.

Hausman and her colleagues looked at how rising temperatures might increase peak electricity demand by linking daily electrical use data from across the country with daily weather data. Most previous studies used only monthly data, which can mask the effects on peak demand.

The relationship they found between temperature and electricity demand was then used to see how demand would change given different warming scenarios from global climate models.

They found that while average electricity consumption had only a modest nationwide increase of 2.8 percent, peak-demand days became much more frequent. High-demand days that now occur less than 1 percent of the time would happen 1,500 percent more often by the end of the century if greenhouse gas emissions aren’t curbed, they found. That increase would drop to about 370 percent under moderate emissions controls.

“Levels of demand that are currently considered unusually high will become much more common,” the authors wrote.

The results vary from region to region because of differences in regional climate trends as well as heating and cooling systems (for example, much of the northern part of the country relies on natural gas heating). Demand is expected to spike the most in the South, and could actually slightly decrease in the Pacific Northwest, thanks to a reduced need for winter heating.

One of the largest electrical operators the study looked at, located in Texas, was projected to see 65 days at or above the level of demand of the four highest days in today’s climate.

Because electrical systems must be built to deal with that highest range of demand, operators will have to address these increases by either building more power plants, developing better battery storage capacity or convincing consumers to shift some of their use to off-peak hours.

Larry Dale, an energy researcher at Lawrence Berkeley National Laboratory, has studied the impacts of warming on California’s electrical grid and agreed that the most costly impact on electrical systems would be because of peak demand. Dale was not involved with the new study.

The authors estimate that building out those capabilities to deal with higher peak demand could cost between $70 billion $180 billion, depending on how much emissions are curtailed. That makes the costs of emitting carbon dioxide and other greenhouse gases higher than has previously been estimated. That higher price tag makes reducing emissions today more economically attractive.

“If you can pay money now to avoid CO2 emissions,” those costs of upgrading the grid can be avoided, Hausman said.

You May Also Like:
The EPA Has Started to Remove Obama-era Information
The March for Science is Set to Happen on Earth Day
Scientists Just Sharply Denounced Trump’s Travel Ban
Women Scientists Advocating for Equality Surge to 14,000