Living along the shoreline may be nice, but a new study suggests that as climate change makes extreme weather and temperature events more frequent, cases of salmonella poisoning may become more prevalent, too, especially in some coastal communities.

Each year, it is estimated that 1 million people in the United States become sickened from salmonella. The stomach-crippling illness is caused by a bacteria that occurs naturally in the gut of many animals, such as cows and chickens. 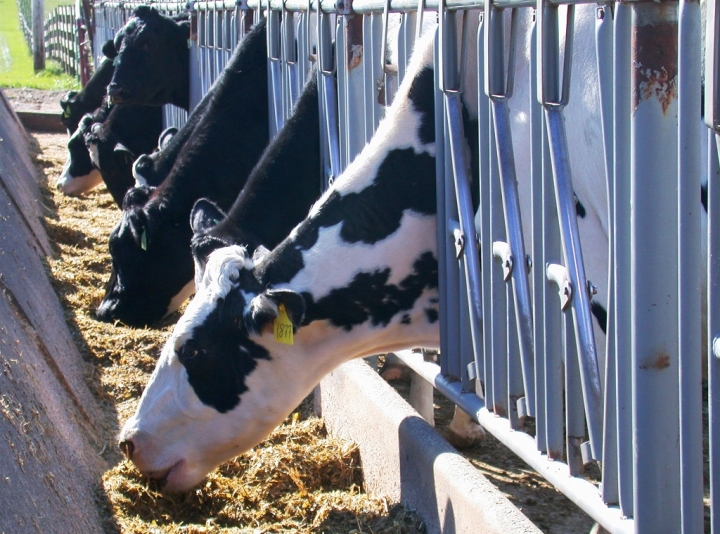 Cows at the trough on a farm in Scaggsville, Md. Researchers based their study on salmonella data collected across that state.
Credit: Cyndy Sims Parr/flickr

These bacteria often travel with the waste of the animal, which can transfer the pathogen to water or soil used to grow crops. Salmonella spreads easily with contact, which makes lots of organisms subject to infection.

Kristi S. Shaw, a researcher at the University of Maryland School of Public Health and co-author of the study, published this month in the journal Environment International, said she and her fellow researchers set out to determine how environmental conditions affect salmonella outbreaks.

“Salmonella, just like any bacteria that responds well to heat, is going to spread whenever you have warmer temperatures,” Shaw said. “We wanted to look past outbreaks caused by a group of people getting sick at a church cookout or something like that, to the less defined outbreaks caused by environmental variables like temperature.”

The researchers focused their study on the state of Maryland and first looked to data from the Maryland Foodborne Diseases Active Surveillance Network (FoodNet). This Centers for Disease Control and Prevention-funded project tracks confirmed cases of salmonella and other illnesses and provides researchers with specific genetic information about salmonella. Maryland reported a little more than 9,500 salmonella cases from 2002 to 2012.

They next turned to temperature and precipitation data by county from the years 1960 to 1989. This data gave the researchers a baseline to determine whether a day from 2002 to 2012 was among those they considered to have the most precipitation (within the 90th percentile) or among those that had the hottest temperatures (within the 95th percentile). The days that met these criteria were added together to determine the number of extreme weather events that occurred during a particular month. The team then compared that number to the number of salmonella cases documented that month. 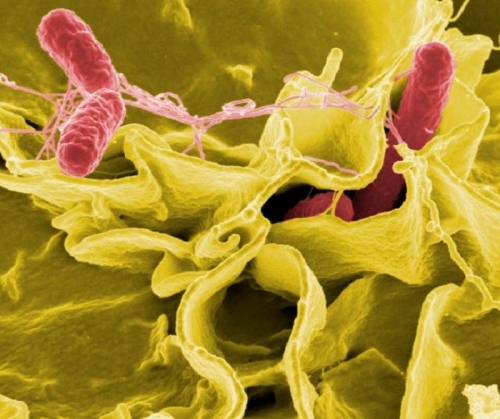 In coastal areas, the risk increased 5.1 and 7.1 percent for a one unit increase in extreme temperature and precipitation events, respectively, while increasing 1.5 and 3.6 percent in non-coastal areas.

The researchers believe land use and soil type maybe the culprits behind these large differences. For instance, the Eastern shore of Maryland is mostly agricultural, while further inland there is a greater buildup of urban areas, according to Shaw.

“There are definite differences between the soil type of those areas: the drainage is different, and the coastal areas tend to have much sandier soil, so if you have a precipitation event, there will be a pretty decent amount of water that’s going to drop through the sand or dirt,” Shaw said. “In the inland counties where you have a higher amount of gravel and rock, there will be a very different carrying capacity for the water transport.”

Brenda Wilson, a microbiologist at the University of Illinois who was not a part of the study, said that while the results were not surprising, the data the researchers found does back up the assumption that “increased temperature and moisture makes bacteria (including pathogens) grow better, which increases the likelihood of exposure to them.”

Wilson also noted that the researchers “were careful to point out some of the limitations of their study, particularly regarding the narrow geographic area,” a sentiment echoed by Shaw.

“I think it will be hard to extrapolate this out to all coastal areas because the hydrology and the land use are going to be large components of whether you would see a situation like this. But given the other literature that backs this up, I think you will see more salmonella cases with temperature spikes and precipitation spikes,” Shaw said.

You May Also Like:
Missing: One Year’s Worth of California Rain