The world cannot afford to wait for a new global climate change agreement to come into force in 2020, because doing so will mean an end to hopes of limiting global warming to moderate levels, one of the world's foremost authorities on energy has warned.

Carbon dioxide emissions from energy rose by 1.4 percent in 2012 to a record high of more than 31 billion tonnes, according to a report from the International Energy Agency on Monday, driven in part by a striking 6 percent rise in emissions from Japan following its phase-out of nuclear power and continuing growth in emissions from China. 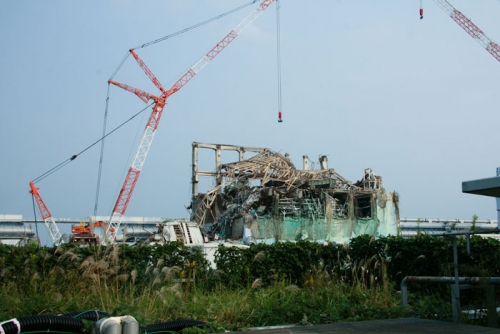 Decommissioning work at the Fukushima nuclear plant. There has been a 6 percent rise in emissions from Japan following its phase-out of nuclear power.
Credit: flickr/IAEA Imagebank

Fatih Birol, chief economist at the IEA, and one of the world's most respected energy experts, told the Guardian that greenhouse gas emissions were continuing to rise so fast that pinning hopes on a replacement for the Kyoto protocol would set the world on a path to 5°C (9°F) of warming, which would be catastrophic.

Birol urged governments to take urgent action on improving energy efficiency, replacing fossil fuels with low-carbon power, stopping the construction of inefficient power plants and phasing out fossil fuel subsidies, as low or no-cost ways of reducing emissions quickly. “This will not harm economic growth, and they are policies that can be taken in a fragile economic context,” he said.

The IEA has calculated that making clean energy investments sooner would be cheaper than leaving them until after 2020. About $1.5 trillion should be spent before 2020 to meet climate targets, it found, but if the investments are left until after 2020 it will take $5 trillion to achieve the same results.

Governments are negotiating under the United Nations to forge a global deal on emissions that would be signed in 2015 but not come into force until 2020. Until then, most countries have their own voluntary goals to curb carbon, but these fall well short of the cuts scientists say are needed to limit temperature rises to no more than 2°C (3.6°F) above pre-industrial levels, which is regarded as the limit of safety beyond which warming is likely to become catastrophic and irreversible.

Birol said: “I am very worried about the emissions trends. The chance of keeping to 2°C (3.6°F) is still there, technically, but it is not very great. It is becoming extremely challenging.” 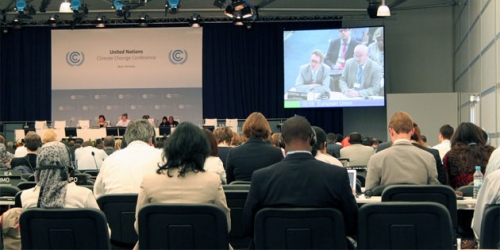 Officials are meeting in Bonn this week in the next round of the ongoing U.N. talks.
Credit: Adopt a Negotiator via TckTckTck

Officials are meeting in Bonn this week in the next round of the ongoing U.N. talks, and Birol urged “a change in political mood” in the run-up to the 2015 deadline. He noted that there were a few positive trends among the rising carbon levels identified by the IEA, the gold standard on energy and emissions data. Emissions from energy in the U.S. are now at levels not seen since the mid 1990s, having dropped by 3.8 percent in 2012 due to the effects of the shale gas boom that has led to gas replacing coal.

But Birol warned that this could not be replicated globally: “Shale gas is not a panacea. It can only be helpful if we see these other low-carbon technologies also [coming into widespread use] if we are serious about 2°C (3.6°F).”

Birol also saw positive trends in China, the world's biggest emitter. Although China's emissions rose by more than 300 millio tonnes, this was one of the smallest annual increases in two decades, Birol said. “The Chinese government has made huge efforts in energy efficiency, and a major effort on renewable energy such as hydroelectricity and wind.”

Lord Stern of Brentford, author of the landmark Stern review of the economics of climate change, said the IEA report showed the importance of making investments quickly in cleaner energy. He said: “Government-induced policy risk from lack of clarity on energy and climate policy is, in many parts of the world, a major deterrent to long-term investment. This is surely unacceptable at a time of idle resources, low interest rates, strong liquidity within much of the private sector, attractive medium-term prospects for low-carbon growth and a climate at great risk.”

He added: “The IEA has also warned of the dangers of locking in fossil fuel infrastructure, which would need to be retired early, at great additional cost, in order to meet the 2°C (3.6°F) target. The IEA's message is crystal clear: dither and delay in making the transition to a low-carbon energy system will be risky and expensive.”