By Mark Scialla, The Guardian

The last time Nguyen Van Viet saw water in his well was almost four months ago. The 44-year-old has farmed coffee in central Vietnam for two decades and says that’s never happened before. 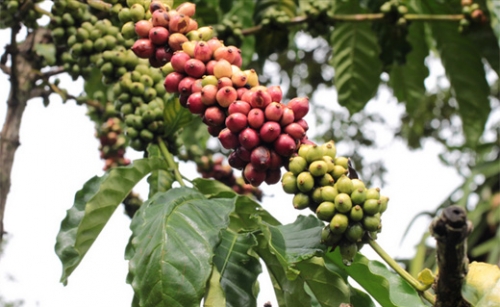 For millions of Vietnam coffee farmers, this season has been disastrous.
Credit: Lawrence Sinclair/flickr

“This is the worst drought I’ve seen in over a decade,” Viet, told the Guardian. “Some people don’t have enough water to drink.”

For Viet and millions of other coffee farmers, this season has been disastrous. A prolonged drought has affected all five provinces in Vietnam’s Central Highlands – a region that produces 60 percent of the country’s coffee.

“Normally, in March or April, it should start rain, but this year it hasn’t rained until now,” Viet said. “Over the years I’ve realized it’s getting harder to grow coffee mostly because lack of water. The temperatures are getting higher and higher and the rainfall is less.”

Viet says he’s lost almost 4,000 square meters of coffee crops on his 5-acre farm in Dak Lak, a province responsible for 30 percent of total coffee harvests last year. At least 7,000 acres of coffee plants have died there since March, according to the provincial Ministry of Agriculture and Rural Affairs. And in neighboring Lam Dong Province, the drought has stressed another 150,000 acres of coffee.

The result has been a five-year low in coffee exports, 40 percent down on the same period in 2014. The economic costs have yet to be tallied.

Vietnam is the world’s largest producer of Robusta, a tougher, more bitter bean often used in instant coffee and espresso. The French introduced the plant in the 19th century and in the post-war years it helped pull millions of Vietnamese from poverty. The industry grew rapidly in the 1990s, making Vietnam the world’s second-largest exporter of coffee and supplying around a quarter of the UK’s coffee.

But success came at a cost. Deforestation, mono-cropping and intensive pesticide use that helped create the boom now leaves coffee farms more vulnerable to climate change.

Since 1960, the average annual temperature in Vietnam has increased by 0.4°C and the average number of hot days has also increased. 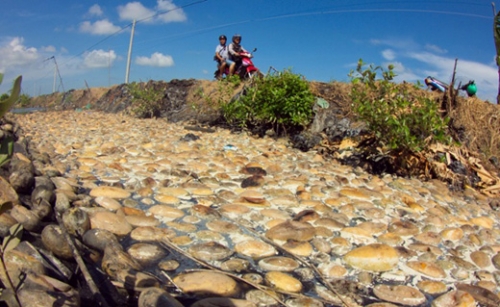 Local residents pass a dried channel at Thanh Phu District of Ben Tre province in the Mekong Delta region of Vietnam. The region is the most vulnerable location in Vietnam to impacts of climate change.
Credit:: VNA/Corbis via The Guardian

Climate change projections suggest an average temperature rise of 2.3°C by 2100, according to the United Nations. The number of hot days in the Central Highlands is expected to increase to 134 in 2050 and 230 in 2100. Even though Robusta is more tolerant of higher temperatures than Arabica, temperature rise could damage plant development.

“If the temperature really goes beyond the flowering threshold, we get flowering abortion and we’re going to have a serious problem,” said Dave D’Haeze, an environmental consultant with the Hanns R Neumann Foundation.

But the main problem in Vietnam now is water. Rainfall in Dak Lak Province is 86 percent less compared to this time last year. In Lam Dong, reservoirs are one meter lower than last year, according to the provincial Bureau of Water Resource Management.

Expansion of coffee farms in recent years has added stress to an already limited water supply.

“The biggest factor for vulnerability is dependency on water for irrigation,” Kerstin Linne a consultant who has studied Vietnam’s coffee supply chain. “Farmers are using up groundwater and levels are already declining. With increasing temperatures, therefore increasing evapotranspiration and changes in rainfalls pressure on water levels will increase. However, so far many farmers over-irrigate as water is free and they do not know how much water they use.”

Although climate change projections for Vietnam suggest more rain in the wet season, there may be 20 percent less rainfall in the drier months, according to the UN.

D’Haeze is working with coffee farmers on an experiment to determine the right amount of water to use. Government guidelines suggest 400 to 500 liters of water per plant, per watering, but D’Haeze thinks it could be much less, around 350 liters.

“At the moment we know we are using far too much water,” D’Haeze said. “So if everybody is using the right amount of water at the right time, we might be able to have enough during the dry season.”