At U.N. negotiations in Paris, the U.S. is pushing its bold new approach in domestic energy reform to an international level, after years of being admonished for its recalcitrance in the fight against climate change.

“The United States of America not only recognizes our role in creating this problem, we embrace our responsibility to do something about it,” President Obama said in Paris on Monday, during a speech at the start of an historic two-week session of the U.N. Framework Convention on Climate Change. “I believe, in the words of Dr. Martin Luther King, Jr., that there is such a thing as being too late. And when it comes to climate change, that hour is almost upon us.” 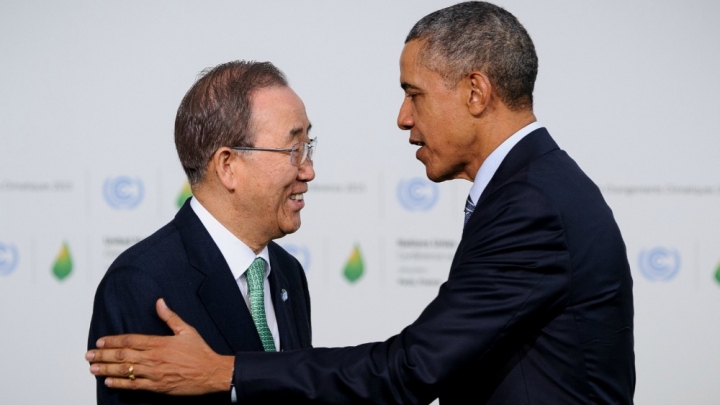 If the U.S. gets its way in Paris, as many think is likely, then humanity will pursue a strategy for curbing global warming that would differ entirely from that of the Kyoto Protocol. The Kyoto Protocol was an unprecedented but unsuccessful 1990s climate pact that attempted to force wealthy nations to reduce emissions of climate-changing pollution by specific amounts.

America wants a new global approach to solving the climate problem — one that relies on the adoption of ambitious but voluntary national strategies. In many ways, the approach resembles the Obama administration’s Clean Power Plan, which is a new set of federal rules that will provide broad flexibility to states as they strive to curb energy sector climate pollution.

Like the Clean Power Plan, the flexible approach the U.S. is backing for global climate action could see pollution-reduction goals and climate-protection ambitions ratcheted up as clean energy technology improves and as political support grows.

“The hybrid architecture of the new agreement that will be considered in Paris is consistent, in most dimensions, with what the U.S. has been pushing for,” said Robert Stavins, a Harvard University economist and expert on global climate diplomacy. He said the U.S. has been influential in convincing other countries to support its plan for a new kind of climate agreement, and that it was ahead of the curve in recognizing the need for it.

“The U.S. will be in a greater position of international leadership than it has been at any time in these negotiations since the talks that led to the Kyoto Protocol in 1997,” Stavins said.

America’s nascent leadership on climate change has received boosts from recent Obama Administration decisions that signaled to the rest of the world that the nation is becoming serious about curbing its appetite for fossil fuel energy. Obama and his State Department say the Paris meetings will be successful if it succeeds in sending a similar signal to the global energy industry — and to its financial backers.

“If we put the right rules and incentives in place, we’ll unleash the creative power of our best scientists and engineers and entrepreneurs to deploy clean energy technologies and the new jobs and new opportunities that they create all around the world,” Obama said. “There are hundreds of billions of dollars ready to deploy to countries around the world if they get the signal that we mean business this time. Let’s send that signal.”

During Obama’s second term, the U.S. has rejected plans to build the second and final leg of the Keystone XL oil pipeline, which would have carried polluting Canadian tar-sands oil to the Gulf Coast. It finalized the Clean Power Plan — which is popular with American voters — requiring the electricity sector to reduce its climate impacts. It refused to grant extensions for unused oil-drilling leases off Alaska. And it has tightened rules on pollution from automobiles, among other things.

“Obama clearly speaks with far more credibility than he did at Copenhagen,” said Bill McKibben, a prominent climate activist and writer, referring to a round of climate negotiations in 2009 that flopped despite Obama’s efforts to salvage them.

“In his first term, he did very little about climate, and that gave the rest of the world plenty of cover for inaction,” McKibben said. “But now he's actually stopped a major project on climate grounds — Keystone XL — becoming the first world leader who can say that.”

Here’s a summary of what U.S. negotiators will be pushing for in Paris.

Unlike decades past, most of the climate pollution that’s pouring into the atmosphere every year is now coming from countries whose economies are still in relatively early stages of development.

Rather than allowing those countries to pollute the atmosphere as they burn fossil fuels to catch up to Western standards of living, as had been implicitly imagined under the Kyoto Protocol, the U.S. wants every nation to be reducing its climate impacts under a Paris agreement.

“We have put forward a structure that says everybody’s got to act,” Obama’s lead negotiator, Todd Stern, told reporters during an online press briefing last week. “This is an agreement where all countries are going to play a part, but play a part in a way that’s fair to them and fair to everybody.”

It would be unfair to ask developing countries to limit their economic development to help curb a global problem caused by the development of rich countries. “You cannot ask countries to act in ways that are going to be inconsistent with their imperatives of growth, development, and the eradication of poverty,” Stern said.

So, during previous rounds of climate talks, wealthy countries agreed to provide $100 billion a year by 2020 to help poorer ones slow and adapt to global warming. It remains unclear, however, how that much money could be raised — or even what kinds of contributions should count toward meeting that lofty target. A recent analysis by OECD controversially included market-rate loans provided to poorer countries for issues tangentially related to climate change, concluding more than $60 billion was provided last year.

“The number of parties who are prepared to contribute financing to poor countries should grow,” Stern said. He also said it’s critical to secure more support from the private sector for a rapid clean energy transition.

“We have to keep up the government investment and the government support that we are doing, but we also need to try to help poorer countries develop the sorts of economies that will attract capital,” Stern said. “That’s the way you open up the big, big, big money to come in.”

The U.S. also recognizes that poorer countries will need help as they try to adapt to the myriad changes wrought by greenhouse gas pollution, such as rising seas, heavier downpours and worsening heatwaves.

“There’s a great many countries who don’t emit very much but who face great risk from the effects of and impacts of climate change,” Stern said. “All countries have a real challenge in adaptation and this agreement means to enhance and increase the focus on adaptation.”

Few Rules for the Wild West

The hoped-for Paris agreement would provide a framework that ties together national climate pledges, which most countries published this year, stating how they plan to curb their climate impacts — and, in many cases, by how much. 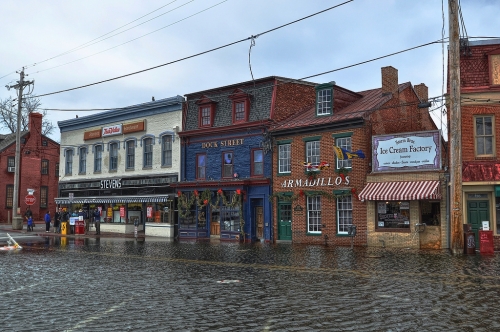 Although the U.S. believes some aspects of the an agreement struck in Paris could be legally binding under previous climate pacts — such as rules for how pollution is measured — it doesn’t want a Paris agreement to be a legally binding international treaty.

It believes such an legally binding approach would be impossible, because a new climate treaty would not be ratified by U.S. Congress. It also worries that such an approach would be counterproductive, because it may discourage countries from setting forth ambitious climate pledges.

“Contrary to what I think many people might assume, in our view, a structure of this kind will actually enhance ambition,” Stern said. “We are quite convinced that there are many countries who would be inclined to put in a lower target than they’re really capable of if they were worried about the legally binding nature of the targets themselves.”

The climate pledges that were submitted to the U.N. this year were notable for their existence, though not so much for their substance. America’s pledge to reduce pollution by a quarter between 2005 and 2025 could be easily achieved, for example.

When considered together, the pledges put the world on track for 3°C (5.4°F) of warming or more — far above the 2°C limit that most nations are targeting in Paris, and something that scientists and policymakers alike agree would be catastrophic.

The U.S would like those pledges reviewed and resubmitted regularly. Unlike other countries, which submitted climate pledges covering a 10-year period from 2020 to 2030, the U.S. pledge covers 2020 to 2025.

“In 2020, we will be able to put forward a target for 2030 much stronger than we would be able to do if we were trying to kind of guess on what a 2030 target would look like now 15 years out,” Stern said. “We favor an approach to the agreement that post-2030 would have all countries working on five-year updating of schedules.”

You May Also Like:
Interactive Map Unveils the Mystery of Wind Turbines
This is the Globe’s Hottest Five-Year Period on Record
Global Warming Key Driver of 2015’s Record Heat
Where Cows and Coal Rule, So Does CO2
These Tiny Satellites Could Keep an Eye on Wildfires