The federal government has vastly underestimated climate change-fueling methane being emitted in the United States, primarily from the oil and gas and cattle industries, according to a new Harvard University study.

The oil and gas industry, largely in the south-central U.S., may be emitting nearly five times the methane that scientists previously estimated, while methane emissions of livestock operations are twice previous estimates and overall nationwide methane emissions are up to 1.7 times what had been thought until now. 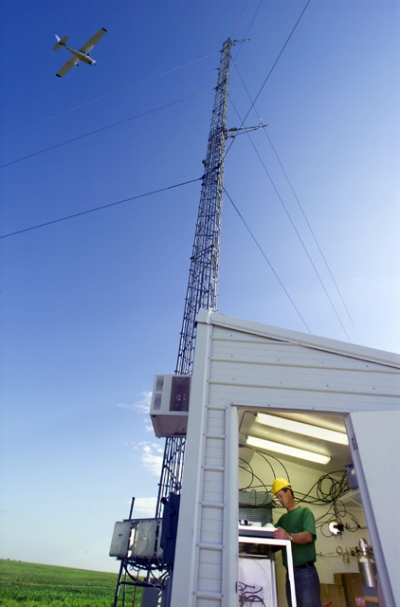 The study, conducted by a team of researchers from Harvard and seven other institutions, was published Monday in the Proceedings of the National Academies of Sciences.

Methane is a greenhouse gas that the Intergovernmental Panel on Climate Change reports is 34 times more powerful than carbon dioxide (CO2), although it has a much shorter atmospheric lifetime. While the boom in shale oil and gas drilling and fracking has helped to reduce carbon emissions by shifting some electricity generation to natural gas-fired power plants from coal-fired ones, methane emissions have become a major climate concern.

The U.S. Environmental Protection Agency (EPA) recently reduced its estimates for the amount of methane emitted by the oil and gas industry between 1990 and 2011 by up to 30 percent, but the Harvard team found that emissions data gathered from across the country show national methane emissions estimates need to be adjusted upward, not down.

The big difference in methane emissions estimates may be in how they're calculated, though the researchers say further research needs to be done to determine why the EPA and the Harvard team have come up with wildly different emissions estimates.

The Harvard team used actual methane emissions data gathered from towers, airplanes and other ground-level monitoring stations to calculate total methane emisions nationwide. The EPA calculates methane emissions by counting the number of cows, oil and gas wells and oil refineries in a region, then estimates total emissions based on how much methane each of those sources is expected to emit. That data is reported in the Emissions Database for Global Atmospheric Research, or EDGAR.

“We used a very different approach, often referred to as a ‘top down’ method,” said study lead author Scot M. Miller, a doctoral student in earth and planetary sciences at Harvard University. “Our colleagues at NOAA and the DOE (U.S. Department of Energy) measure concentrations of methane gas in the atmosphere. All methane emissions end up in the atmosphere, so these atmospheric measurements help us estimate the total amount of methane emitted downwind. This approach gives us a strong understanding of total methane emissions over a large region of the entire United States.”

Miller's study found that measurements of methane in the air above oil and gas-producing areas show that emissions are rising as a 20-year increase in the number of oil and gas wells, many of which involve fracking and horizontal drilling techniques, continues.

Why EDGAR underestimated total U.S. methane emissions by up to 1.7 times is the “million dollar question,” Miller said.

“Our result is consistent with increased emissions from (cattle) ruminants and from oil and gas extraction and refining,” he said. “I think an important next step following our study is to understand why our estimates differ.” 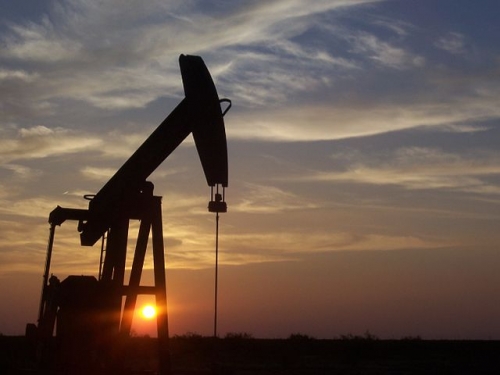 Methane emissions tied to oil and gas production in Texas and Oklahoma were up to 4.9 times higher than EPA estimates.
Credit: Wikipedia

Miller said oil and gas operations in Texas and Oklahoma can be tied to high methane emissions because of the presence of propane in the atmosphere.

The study does not necessarily conflict with an energy industry and Environmental Defense Fund-sponsored University of Texas-Austin study published in September suggesting that fracking may emit less methane than previous EPA estimates, Miller said.

“The two studies look at very different pieces of the puzzle, and I think it’s difficult to make a direct comparison,” he said, adding that the UT study made detailed measurements of a specific source — natural gas production.

“Our study, on the other hand, uses atmospheric methane measurements to understand total methane emissions from all source sectors collectively,” Miller said.

The Miller study also gives scientists an opportunity to find the flaws in current ways of measuring methane emissions and finding ways to improve those inventories.

“The broad implication of the study is that we had shown very strongly that total emissions from the U.S. and total emissions from certain regions of the U.S. are potentially higher than what leading inventories would suggest,” said study co-author Anna Michalak, a researcher at the Carnegie Institution for Science in Stanford, Calif. “Something is missing from those inventories. We’re currently working with a faulty picture of what methane emissions in the U.S. look like.”

The study, “Anthropogenic Emissions of Methane in the United States,” was funded in part by the American Meteorological Society, the U.S. Department of Energy and the Environmental Defense Fund.