It’s After Labor Day, So Why Is It Still So Hot?

Even though Labor Day is behind us, and meteorological summer is over, the seasonal heat is hanging on across a large swath of the country, setting records in some places. Afternoon temperatures across parts of the West, South and Northeast are reaching the 90s, which is 15° to 20°F above normal in some spots. 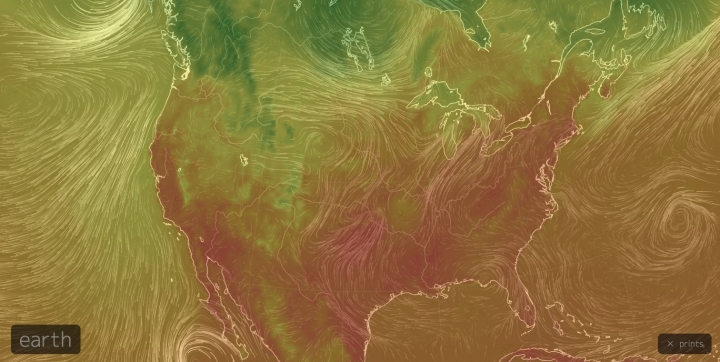 The heat wave that has a hold on much of the country is due to an area of high pressure parked off the East Coast, Bob Oravec, lead forecaster with the National Weather Service in College Park, Md., said. High pressure tends to lead to stable air and clear skies, which can help send temperatures soaring.

“There were many locations that have been warmer during the first week of September than they were in all of August,” Jake Crouch, a climate scientist with the National Oceanic and Atmospheric Administration said in an email.

The NWS reported record high temperatures across the New York City area on Tuesday, with Newark Liberty International Airport hitting 98°F, besting the old record of 94°F set in 1939. LaGuardia hit 95°F, beating out the record from 1945 of 91°F, while Central Park beat an even older record: It also hit 94°F, according to the NWS, beating the record of 93°F set in 1919.

Temperatures in normally mild San Francisco were expected to reach the mid-90s, while locations further inland were set to top 100°F.

The high pressure pattern ushering in this heat is more typical of mid-summer, Oravec said, but can sometimes linger into September.

Relief is in sight for some areas, particularly in the East, as cooler air dips down over the country later in the week. But the West and South will likely see the heat hang on, Oravec said.

96 degrees in Central Park this afternoon. Feels like 100+ on the streets. #NYC #stillsummer pic.twitter.com/MxCCKgYKsI

That heat is a major concern in the West, which is already battling a record-setting wildfire season. Dry, hot weather can make vegetation more likely to ignite.

While hot days in early September have been seen plenty of times before, heat waves overall are expected to become more intense and more common as more and more heat is trapped by greenhouse gases accumulating in the atmosphere. Climate scientists have even pinpointed how much more likely certain heat waves, like those in Europe earlier this year, have become in a warming world.

Extremely high temperatures have been prevalent for much of the year in the West, and several cities there had their hottest summers on record, a benchmark undoubtedly aided by overall global warming.

That warming (along with a strong El Niño) is also expected to help push 2015 to be the warmest year on record for the globe as a whole, overtaking the record set just last year.

You May Also Like:
Summer Sea Ice Likely to Drop to 4th Lowest on Record
1997 vs. 2015: Animation Compares El Niños Side-by-Side
In Week of Cyclone Records, Kilo Could Break More
Climate Change Could Put Tribes’ Electric Systems at Risk