NEW YORK – As United Nations diplomats gather in New York this week, climate wonks may be feeling like anxious children on a long drive to a beach.

A slew of documents filed by national representatives on Wednesday thrust the new UN climate treaty closer to taking effect — a “hairbreadth” away, as Maldives foreign minister Mohamed Asim put it in a statement. But it’s not quite there yet. 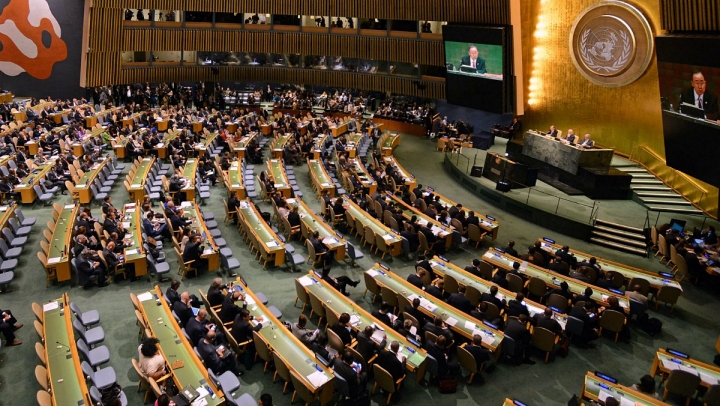 Meetings at the United Nations this week.
Credit: GovernmentZA/flickr

During meetings in France in December, nearly 200 countries agreed to take steps to fight global warming under a new pact, such as by protecting forests and replacing coal power generation with cleaner alternatives. But the agreement hasn’t actually taken effect yet, because that requires an extra bureaucratic step — one that sometimes takes years to complete.

For the treaty to become law, or “take legal force,” at least 55 countries responsible for at least 55 percent of greenhouse gas emissions need to have filed documents known as “instruments of ratification,” indicating they’re ready to join the pact.

Under pressure from UN chief Ban Ki-moon, Asim and representatives of other nations, 31 countries filed their ratification documents during a ceremony on Wednesday morning. That ceremony coincided with annual UN meetings.

“The remarkable support for this agreement reflects the urgency and magnitude of the challenge,” Ki-moon said at the beginning of the proceedings. “Today will take us one step closer to bringing the Paris agreement into force this year.”

With the U.S., Brazil and China among the countries that have already submitted their paperwork, Wednesday’s ceremony pushed the number that are formally poised to join the agreement over the threshold of 55 — but they collectively release 48 percent of yearly global climate pollution. That means more countries must sign on before the agreement can take force.

“This is much faster than most people had anticipated,” said Michael Gerrard, a professor at Columbia Law School who focuses on environmental law. “It’s a sign of the strong international consensus behind the Paris Agreement.”

Russia, India and Japan have agreed to join the pact, but they haven’t submitted their instruments of ratification. Climate experts this week are watching closely for any Paris pact filings from those countries, “some combination” of which would help get the agreement “over the limit,” said Alex Hanafi, an official with the Environmental Defense Fund.

Meanwhile, EU environment ministers will meet Sept. 30 to discuss options for fast-tracking the bloc’s entry into the agreement.

“There’s a push within the EU to get them to be the ones that help bring this thing into force,” Hanafi said. “They don’t want to be seen as behind the times.” 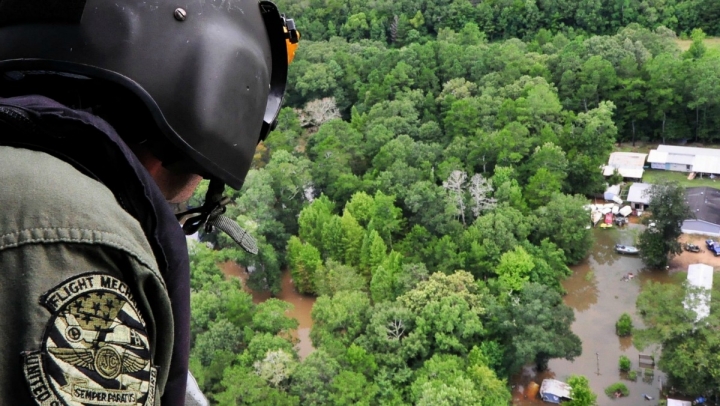 The Paris agreement formally covers pollution released after 2020. If it takes effect by early October, countries that have formally joined the pact may have more influence than others during meetings in November in crafting rules for how it will be implemented.

And if Republican presidential nominee Donald Trump wins the November election, taking the agreement into legal force before his January inauguration would make it more difficult for him to follow through with his pledge of dumping the agreement — though he would still have options for doing so.

The possibility that a Trump presidency could trounce emerging global cooperation on climate change is worrying leaders, whose nations are being forced to confront the realities of a warming world. Nearly 2°F of warming since the 1800s is worsening the deadly impacts of heat waves, storms and floods. It’s also rattling scientists.

Prominent researchers published an open letter on Tuesday, stating they “are certain beyond a reasonable doubt,” that “the problem of human-caused climate change is real, serious, and immediate, and that this problem poses significant risks.”

In the letter, hundreds of scientists, including Cambridge University professor Stephen Hawking, University of Maryland professor Rita Colwell and Harvard professor emeritus E.O. Wilson denounced Trump and other Republicans who deny the science of climate change.

“From studies of changes in temperature and sea level over the last million years, we know that the climate system has tipping points,” the scientists wrote. “The political system also has tipping points. Thus it is of great concern that the Republican nominee for President has advocated U.S. withdrawal from the Paris Accord.”

Paul Ehrlich, a conservation biology professor at Stanford who signed the letter, said he doubted it would have an impact, given the well-funded efforts underway to “denigrate the people’s opinions of science.” But he said scientists “must make every single effort” they can to protect human civilization from an “existential risk.”

“I’ve spent almost 60 years studying these issues — that tells me that society ought to at least listen to my opinions as much as Donald Trump’s,” Ehrlich said. “It’s idiotic to focus on the opinions of people who have never so much as looked at any of these problems.”

You May Also Like:
This is What Climate Change Sounds Like, in D Minor
Streak of Record-Hot Temps Adds Another Month