Vital parts of UK infrastructure are being neglected, with potentially severe impacts on national competitiveness and quality of life, according to a new study by engineers. 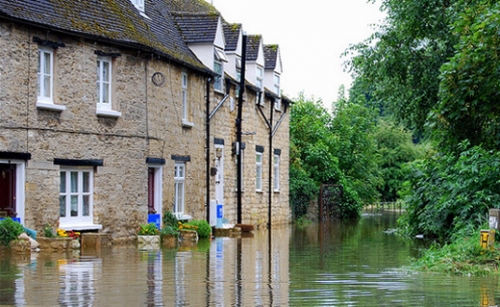 The engineers urged ministers to start tackling the problems, in order to safeguard the UK's economic competitiveness.
Credit: dachalan/Flickr

Energy networks, transport, waste and water are all at risk, while flood defenses are falling well behind where they need to be. This is happening while future risks to these essential national services are intensifying, as more extreme weather under climate change is likely to bring more floods, droughts, fiercer storms and other more unpredictable weather that are likely to bring more serious challenges to infrastructure than have been faced in the past.

The report by the Institution of Civil Engineers produced a UK-wide score-card grading key aspects of infrastructure according to whether it was fit for purpose, required attention or was at risk. The organization has carried out such “state of the nation” reports annually since 2000.

The engineers urged ministers to start tackling the problems, in order to safeguard the UK's economic competitiveness, which relies heavily on having reliable national infrastructure. Hundreds of billions of pounds are likely to be needed in investment in the next decade, much of it in energy.

Local transport fared worst in the assessment, and was judged at risk of serious failure, and the government was advised to make clearing the backlog of essential road maintenance a clear spending priority. Flood management was also graded as well below par, “requiring attention.” Energy also gained a C minus grade in the judging, meaning it also required government attention, while waste services came out only slightly better, but also requiring government intervention.

Perhaps surprisingly, given the widespread criticism of water companies in the past few years as droughts and floods have taken their toll, water was one of the two highest graded services, gaining a B, meaning it was fit for purpose for the present but could face challenges in future. Strategic transport comprising airports and major rail links and motorways – also came off relatively well, judged “adequate for now.”

Last winter's floods, which left thousands fleeing their homes in January, were highlighted as an example of the costly and damaging interruptions that can strike householders and businesses alike. Many people and transport routes are still not back to normal. Although such natural disasters are always a risk, the resulting damage can be mitigated if essential services are well-prepared and precautions have been taken to make transport, communications, water and energy networks more resilient, the report says. 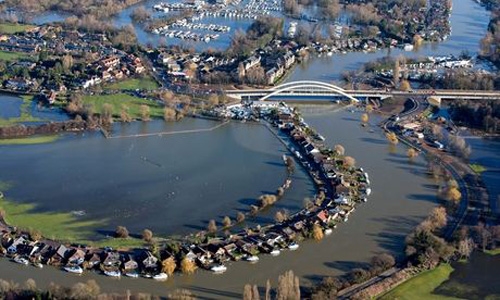 Vital infrastructure, including flood defenses, are well behind where they need to be, the Institution of Civil Engineers is warning.
Credit: Steve Parsons/PA

The ICE also warned of a domino effect whereby the failure of one aspect of infrastructure – such as flood defenses – then has a damaging impact on energy, water, transport and waste networks. This has not been sufficiently taken into account in providing such services, the organization warned.

But the engineers also acknowledged that making all infrastructure fully proofed against all possible shocks was not feasible, and that trade-offs would have to be made between full reliability and the likelihood of damage. Drawing that line is always likely to be a matter of dispute, and one of the key issues will be how governments direct the private sector to build resilience into their systems. That could take many forms – for instance, providing more electricity substations than are necessary in an area in case some are overwhelmed by flooding. This requires a degree of coordination among the private sector owners of infrastructure that many experts would argue is not present today. ICE said it would require “the right regulatory environment” to be put in place.

Keith Clarke, vice president at ICE, laid the blame for a lack of planning squarely at the feet of ministers: “The public expect a certain level of service. Government ultimately bears the risk for the resulting impact.”

As climate change takes hold, such events are likely to become more frequent. But minsters were recently sharply criticized for failing to take those effects into account in planning for future flood defenses.

Clarke said: “It is becoming clear that extreme weather events will become more frequent, and it is time that factors such as availability, resilience, and the domino effect are rooted into the criteria used to make decisions on which projects go ahead, so new infrastructure is more future-proofed.”

He warned that “management of the public's expectations of availability [of infrastructure] during adverse conditions” would be crucial. This could mean ministers having to tell the public unpalatable truths about whether their essential services will be available – or whether their homes will be protected.