Three Decades Until Carbon Budget Is Eaten Through

If the planet’s carbon budget, which is the amount of fuel we can burn, concrete we can pour and forest we can fell without blowing global warming goals, was a giant cake, then we’d all be running out of dessert — fast. 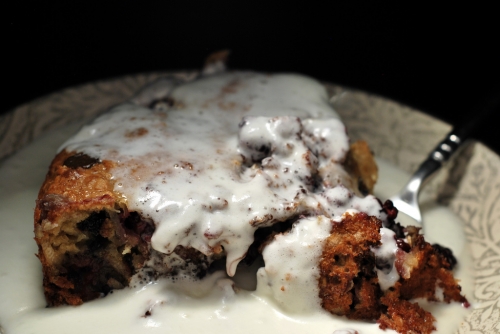 We've got about a third left.
Credit: Michael May/flickr

We’ve been eating into the carbon budget since the Industrial Revolution. Just nibbling at first, but now with record relish. Figures published Sunday warn delegates attending Tuesday’s U.N. Climate Summit in New York that, at the rate we’re going, in nearly 30 years we’ll run out of our metaphorical carbon cake. That’s when we would start gorging our way to a future where warming exceeds the internationally agreed-upon goal of 2°C, or 3.7°F.

Scientists writing in Earth System Science Data Discussions on Sunday calculated that all the planet’s residents will have released about 37 gigatonnes of climate-changing carbon dioxide in 2014 by burning fossil fuels and, to a far lesser extent, by producing concrete (which involves carbon dioxide-releasing chemical reactions) by the time the ball drops in Times Square. That’s up 2.5 percent from 2013, and up 65 percent from 1990. Another 3 gigatonnes will have been released this year from deforestation, the researchers calculated. Taken together, that will bring our historical grand total of CO2 emissions to 2,000 gigatonnes.

For a two-thirds shot at keeping warming to within the 3.7°F goal, scientists writing in Nature Geoscience on Sunday say we have to keep to a carbon budget of 3,200 gigatonnes. So it could be said that we have 1,200 gigatonnes of carbon budget left to eat through. (Though it wouldn’t hurt the climate to leave some of that on the plate.)

If recent greenhouse gas trends continue, that carbon budget will have been devoured 22 years after a new climate treaty takes effect in 2020, the scientists calculated based on a review of global financial forecasts and the new emissions data. If climate-changing pollution levels remain stable at 2014 levels, the carbon budget would last for nearly an extra decade.

“Every day we eat more than the previous day,” said University of Exeter professor Pierre Friedlingstein, who led the research published in Nature Geoscience. “If every day you take more cake, it goes out faster.”

Most of the growth in annual emissions is occurring in China and India as their economies expand. The new figures show that U.S. emissions are expected to fall by less than 1 percent this year following a slightly larger rise last year. 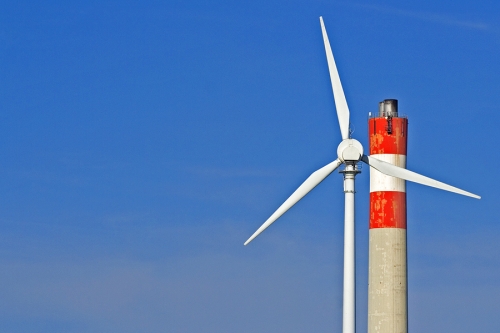 Friedlingstein warned that carbon budget projections are “conservative” because they don’t account for other greenhouse gases or for climate feedbacks — such as carbon dioxide and climate-changing methane that’s escaping from melting permafrost.

The carbon budget figures are normally updated annually and released in the lead-up to late-year U.N. climate negotiations. This year, publication was coincided with this week’s climate summit.

At the summit, which is an informal prelude to climate negotiations planned in Lima in December and in Paris a year later, countries are being asked to explain how they plan to reduce greenhouse gas pollution rates. The new papers highlight the urgency of such efforts.

“The most important aspect of this paper is how increasingly difficult it will be for us to keep global temperatures at a reasonable level unless we act quickly,” said Stanford University professor Rob Jackson, co-chair of the Global Carbon Project, which helps coordinate the carbon budget research. He was not directly involved with either of the new studies.

“Despite all of the actions; all the activities around the world; all the increases in renewables, carbon dioxide concentrations are still going up,” Jackson said. “They’re going up faster than anyone expected 20 years ago.”

Correction: This article originally stated that the carbon budget could be eaten through in the next 22 years. That 22-year figure actually refers to the period following 2020, when a new climate agreement is expected to take effect. Friedlingstein's paper was published in Nature Geoscience, not Nature Climate Change as originally reported.

You May Also Like:
NASA Ranks This August as Warmest on Record
The $90 Trillion Climate-Stabilizing Cookbook
What Will Survive in Hot, Acidic Oceans?
Arctic Sea Ice to Reach Sixth Lowest Extent on Record