The Climate Impacts of Trump’s ExxonMobil Pick for State

President-elect Trump on Tuesday rounded out a potential dream team of anti-environment cabinet members with the chief executive officer of ExxonMobil, among the world’s 10 largest companies and one that has profited from global warming and worked to slow the fight against climate change.

If the nomination of Rex Tillerson for secretary of state is approved by Congress, he would have more influence over America’s role in global environmental agreements than any other member of Trump's administration — including its participation in the historic United Nations climate pact negotiated last year in Paris. 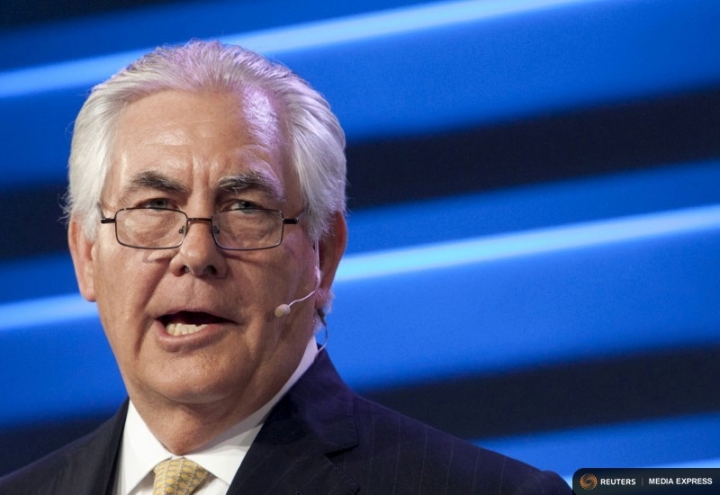 “Tillerson’s career is the embodiment of the American dream,” Trump said in a statement Tuesday. “His tenacity, broad experience and deep understanding of geopolitics make him an excellent choice for Secretary of State.”

ExxonMobil, where Tillerson has worked since 1975, is being investigated by more than a dozen states after InsideClimate News revealed last year that it spent decades ignoring its own scientists’ research tying fossil fuels to climate change.

The $380 billion company’s alleged failure to account for the risks of climate change to its stockholders is being investigated by the U.S. Securities and Exchange Commission. It’s also the target of a high-profile campaign by environmental groups over its climate impacts and propaganda.

Tillerson would need to step down from his job at ExxonMobil and sell off about $45 million worth of shares before working for the State Department to comply with ethics rules affecting federal employees. He could lose another $150 million in stocks that he's not yet vested in because of ExxonMobil rules governing those shares.

Tillerson receives about $6 million in annual salary and bonus payments, plus he receives about three times that amount each year in stocks. Those stock payments come with restrictions for at least five years, limiting when he can receive or sell the shares. Those restrictions were designed to encourage executives to prioritize long-term profits over short-term gains. 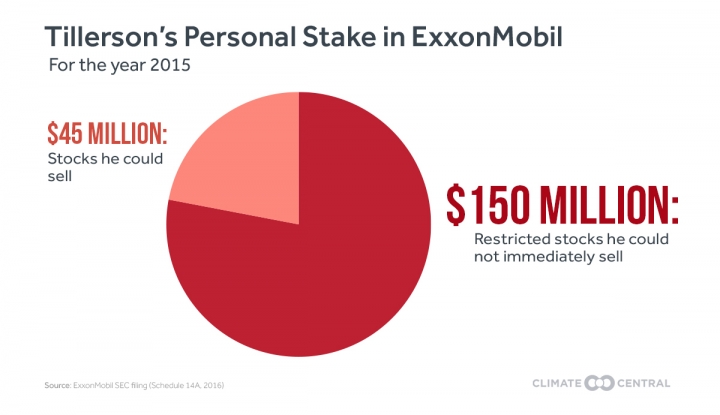 “That's an expensive nest egg to throw over the transom,” said Michael Wara, an energy and environmental law expert at Stanford. “If he doesn't, I don't see how he functions as secretary of state. If he's willing to do that to serve — wow.”

Alternatively, Tillerson may try to secure what could be a wildly controversial waiver from Trump.

“Ethics rules are not so much aimed at protecting us from ExxonMobil, but in ensuring that government officials are acting in the public interest rather than their own private interests,” said Kathleen Clark, a professor at Washington University Law specializing in ethics. “This doesn’t apply to Congress and it does not apply to the president or vice president, but it applies to the secretary of state.”

Tuesday’s nomination announcement completed a political hat-trick for ExxonMobil, which recently suspended a deal to explore and pump oil in Siberia because of American sanctions imposed on Russia. As state secretary, Tillerson could seek to lift those sanctions, which could be worth tens of billions of dollars for the company.

ExxonMobil was set to be a major loser under the Paris climate pact, which aims to to limit fossil fuel burning and global warming. The treaty covers pollution released during the 2020s and has already been ratified by more than 100 countries, including the U.S.

“We have a Paris Agreement that still has many, many steps to be fully implemented,” said Kenneth Kimmell, president of the nonprofit Union of Concerned Scientists. “U.S. leadership in the implementation of that agreement is critical, and the secretary of state is the point person.”

That American leadership role now appears to be deeply imperiled. Trump’s nominee to lead the EPA, Oklahoma Attorney General Scott Pruitt, is a climate science denialist who has supported eliminating the agency and who has called on other states to drop their investigations into ExxonMobil. Trump’s nominee for attorney general, Sen. Jeff Sessions of Alabama, cosigned a letter demanding Obama’s attorney general end any ongoing investigations into the company regarding climate change.

“We’re troubled by the nomination of Rex Tillerson and, in our minds, we look at it paired with the nomination of Scott Pruitt for EPA,” Kimmell said. “The two together, in terms of their careers, are absolutely the embodiment of the oil and gas industry.”

Environmental groups and Democrats have vowed to fight Tillerson’s nomination, fearing that he will use America’s vast diplomatic apparatus to benefit ExxonMobil’s shareholders at the expense of Americans, their security and the stability of their climate.

Some academics have been more ambivalent, however, pointing out that Trump’s other potential picks for the top diplomatic job would have been more extreme. 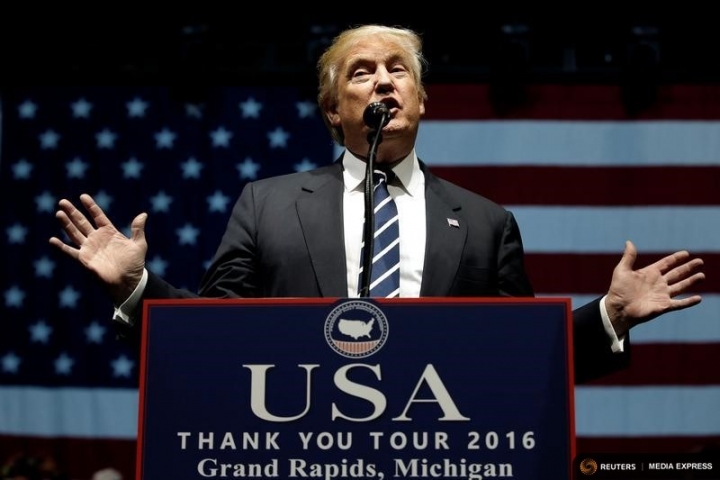 “A month ago, I never would have thought I’d say that Rex Tillerson is ‘reasonable’ for secretary of state,” said Robert Stavins, a Harvard economics professor who follows international environmental agreements. “However, if the alternatives were [former New York mayor] Rudy Giuliani and [President George W. Bush’s Ambassador to the United Nations] John Bolton, then I would say that Tillerson may be what some people would like to to say is the ‘least bad.’ ”

“I know Rex as a successful businessman and a patriot,” Stanford professor Condoleezza Rice, who served as Bush’s national security adviser, said in a statement. “He will bring to the post remarkable and broad international experience, a deep understanding of the global economy, and a belief in America's special role in the world.”

Sen. Lindsay Graham, a Republican from South Carolina, praised Tillerson but raised some doubts about the nomination, pointing to his close business ties with Russia and President Vladimir Putin. The nomination was announced amid Republican infighting over what the CIA says was Russia’s role in helping get Trump elected.

The main concerns over Tillerson’s nomination focus on his close relationship with Putin — he received the Order of Friendship from Russia in 2013 — and his long career in an industry that carries heavy responsibility for global warming. ExxonMobil is America’s biggest oil company and a study published in 2014 blamed it for more than 3 percent of global climate pollution released since the mid 1700s.

The nomination of the executive of a company that profits by polluting the atmosphere escalated fears that Trump would withdraw the U.S. from the Paris climate agreement, withdraw it entirely from U.N. climate negotiations or become an obstructionist during those talks.

Fossil fuel burning, deforestation and farming have increased temperatures by nearly 2°F during the past two centuries and caused ice to melt into the seas, causing them to rise at a quickening pace. Greenhouse gas pollution has been scientifically linked to hotter and more frequent heat waves, regular coastal flooding, mass coral bleaching and die-offs and deadly downpours.

The amount of greenhouse gas pollution released globally annually stabilized in recent years following centuries of growth, but there are no robust signs that emissions are falling. A rapid decline in annual emissions would be needed to prevent warming from blowing past the ambitious temperature goals of the Paris agreement.

Trump falsely claimed during an appearance on Fox News over the weekend that “nobody really knows” whether climate change is real. He said he’s “studying” whether he would yank the U.S. from the Paris pact. Under the agreement, America voluntarily pledged to reduce its annual greenhouse gas emissions by a little more than a quarter by 2025, compared with 2005. It’s likely that Tillerson will now help Trump make that decision.