President-elect Donald Trump plans to nominate first-term U.S. Rep. Ryan Zinke, R-Mont., a former Navy SEAL who is champion of the coal industry and a climate science denialist, as Interior secretary, according to multiple news reports.

Trump had reportedly considered U.S. Rep. Cathy McMorris Rodgers, R-Wash., for the job last week, but has offered the job to Zinke, instead, according to the Associated Press and Reuters. 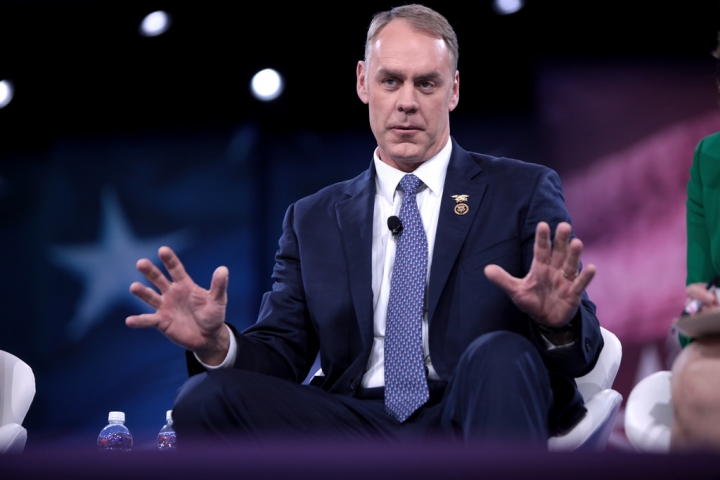 Zinke has said he considers himself a conservationist but is skeptical of climate science.

“It’s not a hoax, but it’s not proven science either,” Zinke falsely told the Billings Gazette in 2014. “But you don’t dismantle America’s power and energy on a maybe. We need to to be energy independent first. We need to do it better, which we can, but it is not a settled science.”

During a 2014 congressional candidate debate in Montana, Zinke said he believes humans have “had an influence” on higher atmospheric carbon dioxide concentrations, but other factors including “rising ocean temperatures” have a greater influence, according to the Missoulian newspaper.

The League of Conservation Voters gives Zinke a score of 3 out of 100 for his opposition to climate and other environmental regulations. As a Congressman, he has opposed Obama administration carbon emissions controls for new coal-fired power plants and calculations made by federal agencies of the social cost of carbon.

Neither Trump’s transition team nor Zinke’s office responded to requests for comment.

If confirmed by the Senate, Zinke would control more than 500 million acres of federal public land across the U.S. The land stores atmospheric carbon in trees and tree roots; protects biological diversity in wilderness areas, forests and national parks; and provides water for millions of people, mainly in the West.

Zinke resigned as a delegate from the Republican National Convention in July when the GOP adopted a policy in its 2016 platform calling for the federal government to transfer public lands to state control.

The move bucked a growing trend in some Western states, led by Utah, demanding that Congress grant them control of the federal lands within their borders because they believe local land managers can more effectively care for the land than federal employees.

“I will not tolerate selling our public lands,” Zinke says on his Congressional website, adding the caveat that he believes that the federal government poorly manages many of Montana’s forests.

As Interior secretary, Zinke would also have outsized influence on energy development and environmental conservation across the country. He would oversee the development of all of its offshore oil, gas and wind development, and all the coal, natural gas and crude oil development on federal public lands. Federal land is the source of more than 20 percent of all the oil and gas and 40 percent of the coal produced in the U.S. 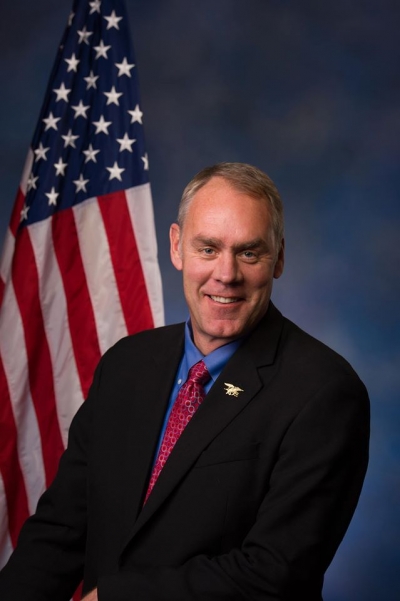 The Interior Department is also one of the nation’s largest water managers, operating 476 dams and 348 reservoirs across the country, and it is in charge of numerous scientific endeavors and mapping the entire globe through the U.S. Geological Survey.

Under Zinke, the Interior Dept. would have the power to reverse Obama administration efforts to protect federally managed waters from oil and gas development as well as end the research into how coal mining affects the climate. Earlier this year, the Obama administration placed a three-year moratorium on federal coal leasing, and closed the entire East Coast and parts of the Arctic Ocean to offshore oil drilling.

Zinke has fought against the coal leasing moratorium, linking the loss of some public school resources to declining coal revenue in Montana, according to the Billings Gazette.

“The administration seems to be waging a war on coal specifically, and other natural resources, fossil fuels, and we’ve seen how hard hit Montana is as a result,” Zinke said.

The reaction to Zinke’s expected nomination for Interior Secretary were mixed.

“This is the most status quo appointment of any cabinet appointments Trump has made thus far,” said Robert H. Nelson, a professor of public policy focusing on public lands management at the University of Maryland. “Rep. Zinke actively pressed for maintaining the federal lands status quo in writing the platform at the Republican National Convention, but was overridden by other Republicans. Almost all the other Trump cabinet appointments are proponents of fundamental policy and administrative changes.”

Nelson, who favors transferring federal land to the states, said Zinke’s opposition to public land reform is out of touch with the Republican base and those who believe federal land management is dysfunctional.

“Fossil fuel is big in his ideological portfolio, and obviously that means that climate change issues are a threat to his supporters, to his home industry,” Plater said. “Zinke is a climate change denier and opponent of regulations for greenhouse gas emissions.”

Dominick DellaSala, chief scientist of the Geos Institute in Ashland, Ore. said that while Zinke supports keeping federal public lands under federal control, he would emphasize coal development during his tenure as Interior secretary.

“He has been supportive of oil and gas drilling, the Keystone pipeline, and believes climate change has not be scientifically proven,” DellaSala said.

Mark Squillace, a natural resources law professor at the University of Colorado-Boulder, said Zinke’s expected nomination is symbolic of the current political era.

“It shows how far from normal we have come that we have to even ask whether an Interior secretary candidate supports federal control over our public lands,” Squillace said. “Having said that, I am pleased that Zinke seems to be in the federal control over federal lands camp. How he proposes to manage those lands going forward does still raise a big concern, especially as relates to mineral development and resource protection.”

You May Also Like:
What a Warmer Future Means for Southeastern Wildfires
EPA Imperiled Under Ebell, But Agency May Survive Yet