The White House’s proposed “America First” budget forcefully kicks many federal climate-related energy programs to the curb, representing a possible turn away from renewable energy and a broad disinvestment in the research and development needed to transform the U.S. energy system into one better able to adapt to climate change.

The budget “blueprint,” released Thursday morning by the White House Office of Management and Budget, proposes to fully eliminate or drastically reduce funding for a wide swath of federal clean energy programs and energy efficiency efforts. In all, it would cut more than 50 programs from the Environmental Protection Agency, including the Clean Power Plan, the Obama administration’s signature effort to fight climate change. 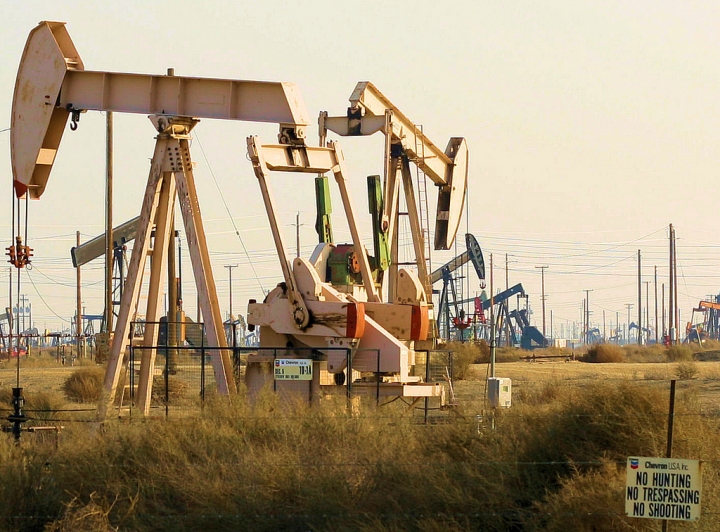 All of the targeted programs help the U.S. reduce the pollution that causes global warming or improves the quality of the environment so communities can withstand the ravages of climate change.

The biggest single target is the EPA. The Trump administration is calling for a 31 percent cut in the EPA’s budget, or $2.6 billion from its current $8.2 billion budget, and would reduce its workforce by 3,200. These cuts would hamstring the EPA’s ability to enforce laws protecting air and water, giving states more authority to regulate. It was states’ inability to effectively control pollution that led to the creation of the EPA in the first place in 1970 so that one federal agency could more evenly oversee environmental laws across state lines.

The budget also calls for a 5.6 percent reduction in funding for the U.S. Department of Energy (or $1.7 billion) and a 12 percent cut for the Department of the Interior ($1.5 billion), which oversees all energy development offshore and on federal lands.

In total, the budget calls for eliminating $54 billion in funding for vast federal programs and proposes to increase to defense spending by the same amount so that the federal deficit will be unaffected.

The proposed cuts fall in line with Trump’s energy plan and campaign promises that called for a fossil fuels “renaissance” while rejecting established climate science that shows manmade carbon emissions are the primary cause of global warming. Trump has repeatedly expressed contempt for Obama administration climate and clean energy policies and regulations, and his proposed budget is his plan to undo them.

White House Budget Director Mick Mulvaney said Tuesday that the budget blueprint was written “using the president’s own words” by turning his policies and rhetoric into hard numbers.

“You can’t drain the swamp and leave all the people in it. So, I guess the first place that comes to mind will be the Environmental Protection Agency,” Mulvaney said. “The president wants a smaller EPA. He thinks they overreach, and the budget reflects that.”

But the proposal, which is unlikely to be rubber-stamped by Congress in its current form, is light on details about cuts to specific programs within federal agencies. It describes many of the cuts as broad goals to slice deeply into government climate and energy programs, federal support for energy research at universities and funding for national laboratories, many of which conduct clean energy and climate research. 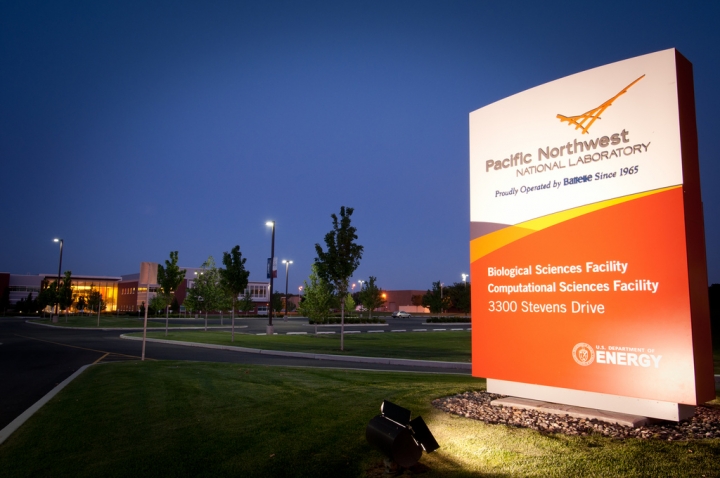 The Pacific Northwest National Laboratory is among the national labs that could see budget cuts under the Trump administration's 2018 budget blueprint. Credit: Scott Butner/flickr

Mark Barteau, director of the Energy Institute at the University of Michigan-Ann Arbor, said it is unclear what Trump’s budget proposal will ultimately mean for energy research because Congress has not yet weighed in on the budget.

“The real question is just how bad it will turn out to be,” he said. “I see a dramatic decrease in support for renewables such as wind and solar, particularly for programs aimed at promoting deployment of these technologies.”

As Trump has long promised, among the most significant programs on the chopping block is the Clean Power Plan, the Obama administration’s signature rule that would cut carbon emissions from existing coal-fired power plants.

The plan’s proposed elimination is in line with expectations that Trump will soon sign an executive order requiring the EPA to take steps to reverse or replace the Clean Power Plan. The plan lent the U.S. credibility during the 2015 Paris climate negotiations because it showed that the U.S. was serious about cutting its greenhouse gas emissions and addressing climate change.

Thursday’s proposed budget also shows that Trump is trying to make good on his promise to widely expand oil and gas drilling and development on public lands and offshore. The proposed Interior Department budget calls for streamlining drilling permitting and providing greater industry access to public lands. The move suggests Trump may attempt to counter Obama administration efforts last year to close off areas of the Arctic Ocean to oil and gas development and create national monuments in the West that would restrict energy development there.

The administration is calling for the elimination of the DOE’s Advanced Research Projects Agency-Energy, or ARPA-E, which funds research on cutting-edge energy technology that is not yet advanced enough for private investment. The agency funds research on energy storage technology, high-efficiency solar power, carbon capture and sequestration and other emerging renewables technologies. 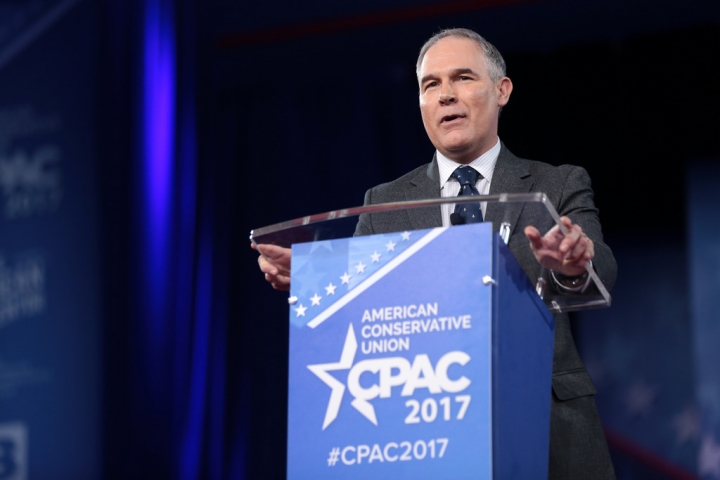 The administration is calling for a 16 percent, or $900 million, funding cut to the DOE’s Office of Science, which oversees 10 national laboratories, including the Argonne, Fermi, Oak Ridge, Lawrence Berkeley, Pacific Northwest and other labs.

The budget says the private sector is better suited to pay for “disruptive” energy research and development, so Trump is proposing to kill a DOE program that helps fund rapid construction of renewables and electric power transmission projects, and another that loans money to develop energy efficient vehicles.

Those programs include the Innovative Technology Loan Guarantee Program, which was formed under the George W. Bush administration to support clean energy projects that can’t obtain conventional private loans because of the high risks involved. The Advanced Technology Vehicle Manufacturing Program, also established by the Bush administration, offers direct loans to auto companies so they can expand facilities to produce fuel-efficient vehicles and related parts.

Trump also wants to kill the DOE’s State Energy Program, which helps states develop clean energy, as a way to “reduce federal intervention in state-level energy policy,” according to the proposal. The program was created by Congress in 1996 to bolster state programs that help fund renewable energy projects. The program provides technical assistance to states that want to build energy efficiency and renewables projects. 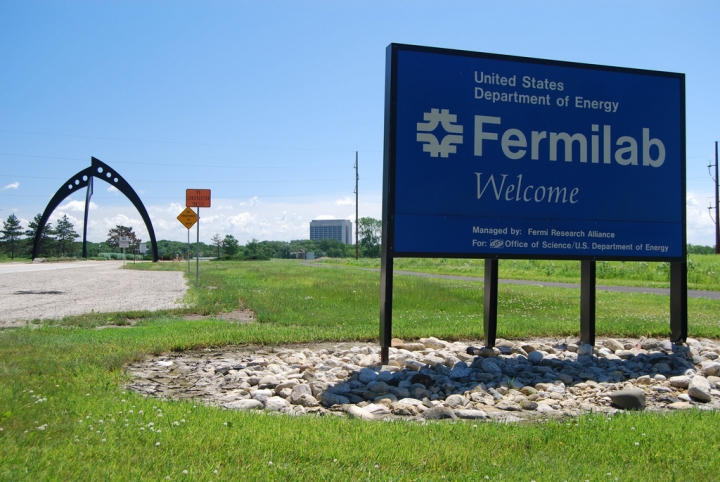 Fermilab is among the national laboratories that could see budget cuts. Credit: Michael Kappel/flickr

“If the budget decrease is sustained, it will reduce university and research funding for startups and other companies that compete for federal grants on renewable energy, reducing American competitiveness for innovation and patents relative to other countries, ultimately decreasing the GDP of the United States,” said Mark Z. Jacobson, a Stanford University environmental engineering professor whose research focuses on renewable energy development.

Jeremy Firestone, director of the Center for Carbon-Free Power Integration at the University of Delaware, said the proposed budget counters Energy Secretary Rick Perry’s vocal support of the country’s national laboratories, which he has hailed as America’s “science and engineering treasures.”

“It is appears that despite Secretary Perry’s statement during his confirmation hearing that the national labs are the ‘crown jewels of this country’ the administration does not share that view given the deep cuts to the Office of Science, which supports not only university research but more than half of the national labs including Lawrence Berkeley National Lab,which provide extremely valuable research on renewables and energy efficiency,” Firestone said.

“The gutting of ARPA-E shows a total lack of understanding of the crucial role that government plays in scientific advances to ensure that America remains great, vital and economically competitive, and reaches even greater heights,” Firestone said.

“There’s likely going to be some cuts at EPA, but probably not that drastic,” Alonso said. “It really does indicate (Trump’s) policy direction and what the plan is for the EPA moving forward.”

Alonso said he expects the final budget that is eventually approved by Congress to include a weakened form of the Clean Power Plan because the EPA is unlikely to attempt to challenge a Supreme Court ruling saying the EPA is required to regulate carbon dioxide.

You May Also Like:
Global Heat Continues With Second-Hottest February
The U.S. is Poised to Set a Record-Setting Record
Senate Mulls ‘Kill Switch’ for Obama Methane Rule
This is What 4 Million Solar Panels Look Like From Space