Attorneys for automakers have joined forces with the Trump Administration as they begin the cumbersome task of working to scuttle what would have been some of America’s most far-reaching rules designed to slow global warming — ambitious car mileage standards.

Trump announced in Michigan on Wednesday that the EPA would review federal mileage standards for 2022 to 2025. The Alliance of Automobile Manufacturers filed a lawsuit this week challenging the same standards, several weeks after it asked EPA to conduct the review. 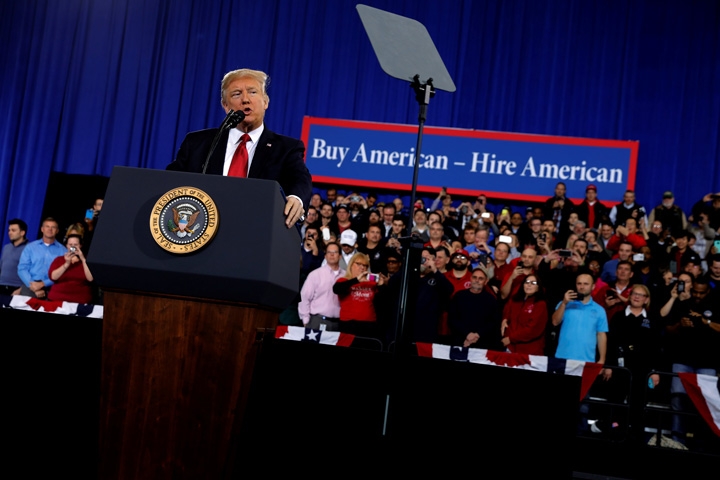 “This is an enormously significant set of standards,” said Michael Wara, an energy and environment expert at Stanford Law School. “The fuel economy standards are the single biggest step the Obama administration took to reduce greenhouse gas emissions in the U.S.”

Under rules adopted by the Obama administration shortly before Trump became president, the average fuel efficiency of cars and other light vehicles sold in America would need to improve to more than 50 miles per gallon by 2025. For comparison, a new Toyota Camry now gets about 33 miles per gallon on freeways; less in cities.

The new rules were designed to spur supply of electric and hybrid vehicles, as well as force carmakers to invest heavily in fuel-saving research and development efforts.

Under Obama, the EPA estimated that the mileage rules would save Americans $1.7 trillion in fuel costs while reducing climate-changing fuel burning by 12 billion barrels of oil by 2025. Major automakers opposed the rules, which they say will hamper their ongoing financial recoveries. Electric car innovator Tesla pushed for more stringent standards.

The EPA completed its review of mileage rules and finalized the 2022 to 2025 standards well ahead of schedule, leading automakers to accuse it of rushing its decision. Trump on Wednesday characterized the decision as an “11th-hour executive action.”

“We are going to cancel that executive action,” Trump said during a speech at a driverless car technology test facility in Ypsilanti Township, Mich. “We are going to restore the originally scheduled midterm review, and we are going to ensure that any regulations we have protect and defend your jobs.” 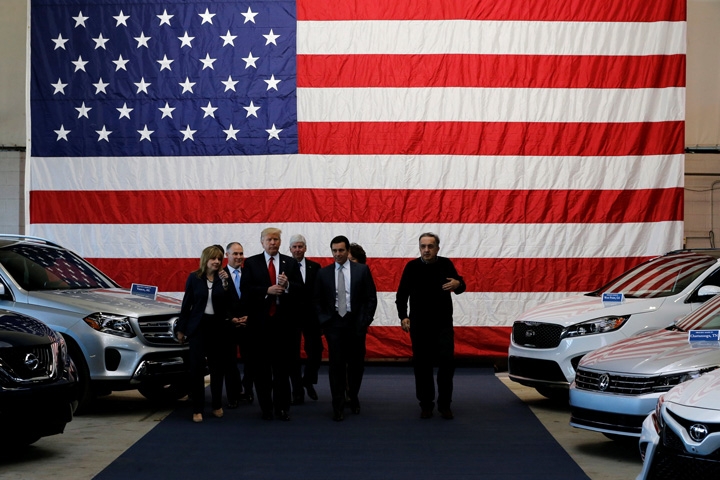 The EPA said Wednesday that it intends to complete the review by April 1, 2018. Experts said the lawsuit filed by automakers could support efforts to roll back mileage standards, because it could provide the EPA with the option of a settlement agreement.

“The lawsuit provides an additional option — settlement — for EPA's policy-making repertoire,” George Washington University Law School professor Emily Hammond said. “I worry that a settlement approach would be less democratic than a full rulemaking to rescind the tailpipe standards.”

California and a some states have adopted more stringent clean car rules than the federal government. Those states won’t be directly affected by Wednesday’s announcement, although EPA administrator Scott Pruitt has hinted that his agency may separately attempt to challenge those states’ rules.

“We applaud the Administration’s decision to reinstate the data-driven review of the 2022-2025 standards,” Auto Alliance CEO Mitch Bainwol said in a statement. “Our industry is committed to producing even safer and more energy-efficient vehicles in the future and that’s what this process is all about.”

Green groups appeared united in condemning the decision, which was one of the first of a long list of anti-regulatory actions anticipated by the Trump administration as it begins walking back the Obama administration’s efforts to slow climate change.

“We’ll obviously be resisting any kind of rollback fiercely,” said Roland Hwang, who leads the energy and transportation program at the nonprofit Natural Resources Defense Council. “That will include in the court of law, the court of public opinion, the halls of Congress. Wherever it takes us, we will be resisting.”