Plant a tree. Preserve a forest. Save the Earth from climate change?

It’s of course much more complicated than that, and slowing the tide of climate change will take a lot more than saving trees from chainsaws. But a new study highlights how critical forests may be, especially in the tropics, in absorbing human-caused carbon dioxide (CO2) emissions and mitigating climate change. 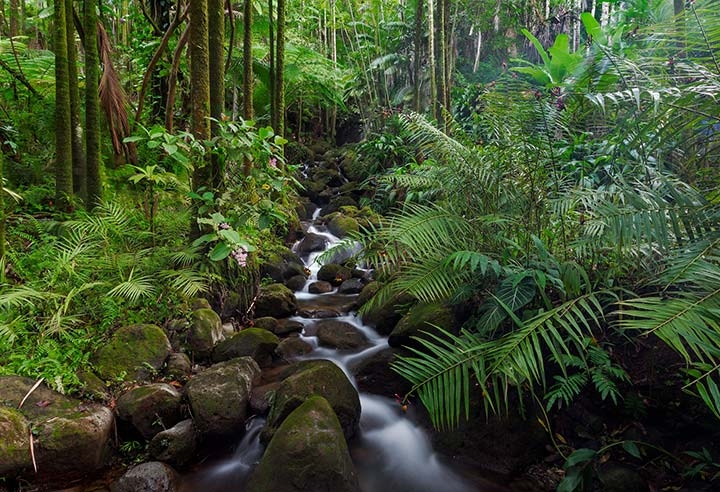 Tropical forests are so critical to fighting climate change that they may absorb up to one-fifth of all of humans’ fossil fuel emissions and may become more effective at doing so as atmospheric CO2 concentrations increase, according to a new study published in the Proceedings of the National Academy of Sciences. All forests globally absorb about one-third of those emissions.

“While forests cannot solve the CO2 and climate change problem, without them the problem would be even harder,” said the study’s lead author David Schimel, a research scientist at NASA’s Jet Propulsion Laboratory at the California Institute of Technology.

All forests, especially dense tropical forests, are excellent at capturing carbon and storing it. Scientists call them “carbon sinks” because they absorb CO2 from the atmosphere, storing it in tree bark, wood and roots. Logging a forest has the opposite effect, as the felled wood burns or decomposes and releases stored CO2 back into the atmosphere.

Research suggests that higher CO2 concentrations in the atmosphere may make trees more efficient at storing carbon and force them to grow faster, a phenomenon called the “fertilization effect.”

Roughly half of all of humans’ fossil fuel emissions are absorbed by the land and the oceans, but scientists don’t fully understand why it happens and why forests have been absorbing more CO2 as atmospheric concentrations rise, Schimel said.

“This study provides strong evidence that as CO2 in the atmosphere increases, ecosystems are able to take up more carbon, keeping the ratio between how much CO2 we release from fossil fuels and how much accumulates in the atmosphere,” he said.

The findings build upon 2007 research led by study co-author Britton Stephens, an atmospheric scientist at the National Center for Atmospheric Research in Boulder, Colo., suggesting that tropical forests are more effective at absorbing CO2 than those in the Northern Hemisphere.

Abby Swann, an assistant professor at the University of Washington’s Ecoclimate Lab who is unaffiliated with the study, said that it is difficult to measure how much carbon is going into the land directly from the atmosphere, and earlier studies have come up with conflicting results.

“This study carefully considers several different approaches for estimating how much carbon is being stored on land and finds that if appropriate constraints from other datasets are used, all of the methods give a consistent answer that says, ‘yes, more atmospheric CO2 is leading to more carbon getting stored in tropical forests,’ ” Swann said.

There is a lot of conflict among scientists about that idea, however.

“This study synthesizes a bunch of results that are essentially already out there but in a way that really highlights the significant controversy in our field at the moment, which is about half our colleagues think that this study is old news and the other half think it’s heresy,” Stephens said. 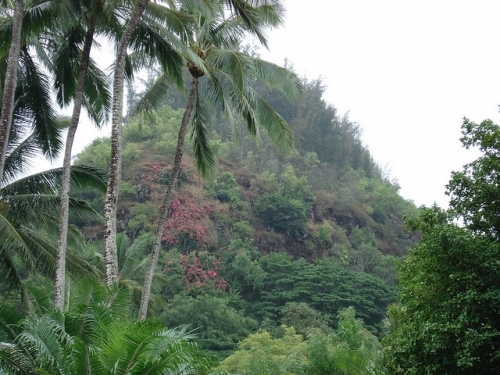 For example, other recent research has found that rising CO2 concentrations may not be increasing tree growth in the tropics, possibly casting some doubt on the ways tropical forests act as carbon sinks.

When examining tree rings taken from 1,100 trees in Bolivia, Cameroon and Thailand, a research team at at Wageningen University in the Netherlands found no evidence that the trees had begun to grow faster as CO2 concentrations increased. That study was published in Nature Geoscience in December.

But he said that the Wageningen study doesn’t necessarily contradict Schimel and Stephens’ results because tree rings don’t necessarily measure changes in a forest’s biomass.

“Forest biomass, and thus the amount of carbon stored in these forests, could still have increased even if tree growth did not,” Zuidema said. “It is possible that elevated CO2 allowed a higher tree density, and in that way led to increased forest biomass.”

Though there is disagreement in the scientific community about how effective tropical forests are at storing those emissions, it’s clear that natural ecosystems are offsetting a large percentage of them, Stephens said.

“Tropical forests are providing a significant climate benefit,” he said. “The most important thing we can do is not cut them down.”