The Climate Questions the Next President Should Answer

By Brian Kahn and Andrea Thompson

It also marked the end of the second straight presidential debate cycle where the moderators failed to ask a single question about climate change. It’s been covered pretty extensively as a massive failure by the media to ask the next leader of the free world a question about one of the planet’s most pressing problems.

The U.S. has gone eight years without hearing presidential candidates answer a question on climate change while on the same stage. You have to go back to Oct. 15, 2008, when Barack Obama and John McCain took part in their third debate, for the most recent climate question. 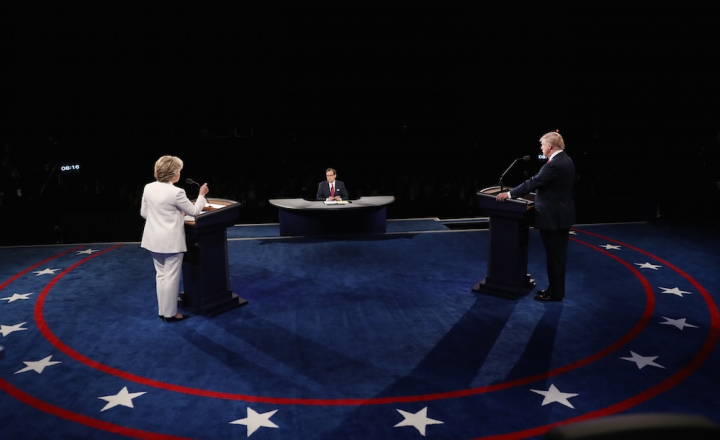 We could continue to rehash the missed opportunities, why it didn’t come up and all the issues with how climate change continues to be viewed by the media as a squishy environmental topic rather than one of equal, if not greater, importance to ISIS, healthcare and the economy (heck, it affects all those things).

But instead, we wanted to look forward to the reality that our next president will have to address climate change one way or the other, from adapting to impacts from rising seas, more extreme weather, and overhauling the entire energy infrastructure that powers the economy. The U.S. is only one actor, but it has outsize influence on the direction the world will head and the next president will have a lot to do with that.

Climate Central reached out to climate, energy and policy researchers to get their views on what questions all U.S. citizens should be asking our next president, no matter their party affiliation, about climate change. Their answers have been lightly edited for clarity and brevity:

Kim Cobb, coral and climate researcher at Georgia Tech: Given that methane is a very potent greenhouse gas, what would be your approach to addressing the huge methane leaks that have accompanied the fracking boom?

Energy efficiency saves money to consumers, while reducing emissions of greenhouse gases. Would you incentivize individuals and the private sector to increase energy efficiency? If so, how?

Kerry Emanuel, hurricane researcher at MIT: Do you take the risks associated with climate change seriously and, if so, what measures would you take to reduce them?

How would you position the U.S. to be at the leading edge of the transformation of the $6 trillion per year global energy market?

Jennifer Francis, sea ice researcher at Rutgers University: Imposing a price on burning fossil carbon is widely viewed as a powerful tool for reducing emissions of greenhouse gases and generating revenue for programs to help communities adapt to climate change. Which existing carbon-fee programs (for example, in British Columbia) would you consider using as a model for the United States?

What incentives would you advocate to help accelerate the transition to renewable energy sources?

How would you convince Congress to make decisions based on science rather than on fact-free ideology?

What will you tell your grandchildren about this time in history when little was done to address climate change even though we had a clear picture of the problems they would face?

Michael Gerrard, climate law expert at Columbia University: What do you see as the future of fossil fuels in the U.S.? Should we have a program to phase out the extraction and use of coal, oil and natural gas? What would that program look like? How would you prepare the country for the sea level rise and extreme weather events that we know are coming? What is the appropriate role for the federal government?

Peter Gleick, president and chief scientist at the Pacific Institute: Given the clear scientific consensus on the threat of climate change, what will your administration do to reduce that threat to current and future generations?

Climate change is the most significant environmental threat to the planet, and its global nature means there are not just economic and social reasons to address it, but international political reasons as well. This makes it far more than an “environmental question.” This makes it a question that’s deep and central to national security.

Katharine Hayhoe, climate modeler at Texas Tech University: I wouldn't waste any time asking them what they think about the science — scientists are already very clear on the science, and have been for decades. I would ask them the question that is most appropriate to their role as politicians: what are they going to do to fix this problem?

Andrew Hoffman, sustainable development expert at the University of Michigan: How should the government and the president be using science in setting policy?

How do you explain the sharp difference between Republicans and Democrats on the state of climate science and also between the views of scientists and those of the general public.  How do we bring the views of science more centrally into policy discussions?

What do you see as the energy strategy of this nation in the short, medium and long term?  And what role do you see for government in helping the economy make the necessary transitions from each phase to the next?

Mark Jacobson, clean energy researcher at Stanford: What do you plan to do about the 65,000 premature air pollution deaths and millions more illnesses per year in the U.S. due to air pollution caused almost entirely by combustion of fossil fuels and biofuels?

If converting the U.S. to 100 percent clean, renewable energy creates a net of 2 million more jobs than lost, stabilizes energy prices and reduces energy costs to families, would you institute a transition?

Even if you don't believe in global warming, wouldn't you want to go to large-scale clean, renewable energy to provide energy security forever, reduce international conflict by avoiding dependence on foreign fuels, and stabilize energy prices because fuel costs are zero? 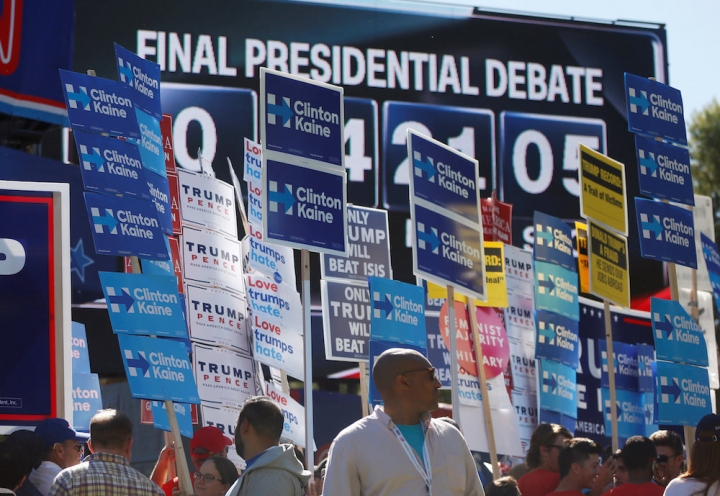 Anthony Ingraffea, fracking and energy researcher at Cornell: For Clinton: You have proposed substantial new programs for infrastructure and other important societal needs, but you have chosen not to make climate change a central issue in the campaign, and have not proposed any substantial program addressing climate change for the first year in office. Why? And why did you state that the U.S. is now energy independent in your second debate when you know that is far from true?

And why, in the same debate, did you reiterate the need for more natural gas production as a “bridge,” when the science says that that “bridge” leads to climate disaster?

I have no questions for Trump.

Michael Mann, paleoclimate researcher at Penn State: Do you actually accept the overwhelming scientific consensus that climate change is (a) real, (b) human-caused and (c) a major and growing threat?

What do you propose to do about it?

Maureen Raymo, paleoclimate and sea level researcher at Lamont-Doherty Earth Observatory: I would ask Clinton if she had ever thought really deeply about what it would mean for the world, her grandchildren, and her great-grandchildren if sea level were to increase by 6 feet over the next 120 years. The wheels have been set in motion and are gaining momentum.

David Titley, climate and weather risk researcher at Penn State: How do you intend to stabilize the world’s climate?  At what level and by above the pre-industrial baseline and by what year would you set as the target to stabilize the climate?  How much are you willing to invest to reach those goals?”

You May Also Like:
U.S. Energy Shakeup Continues as Solar Capacity Triples
This is What It’s Like To Be a Young Climate Scientist
Hottest Months on Record Have Something in Common
U.S. Senate Could Block Landmark HFC Climate Treaty