One of the biggest concerns about producing crude oil from the Alberta tar sands is its impact on climate change, which has been a major part of the debate about whether the Keystone XL Pipeline should be built.

A new University of Toronto-Scarborough study published Monday says there’s another reason to be concerned about oil production in the tar sands: The Canadian government may have underestimated emissions of carcinogens known as polycyclic aromatic hydrocarbons, or PAHs, from the Alberta tar sands, and they may be a major hazard to both human and ecosystem health. 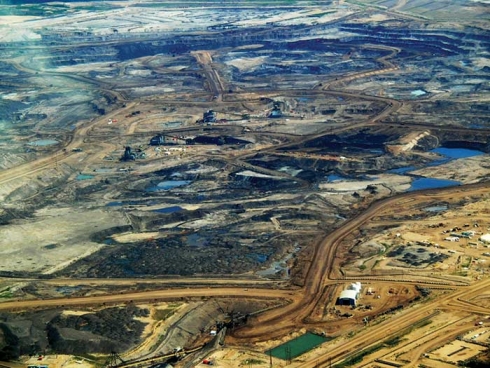 Official estimates of PAH emissions from the Alberta tar sands have been used by the Canadian government to approve new tar sands development, and estimates for PAH concentrations in air, water and food in the region may also be too low, leading to an underestimation of PAH risk to human health, the study says.

PAHs are not greenhouse gases, and have no direct effect on climate change. But their source does: The U.S. State Department in its Final Supplemental Environmental Impact Statement for the proposed Keystone XL Pipeline, released Friday, says the production and processing of a barrel of tar sands crude releases 17 percent more carbon emissions than the average barrel of crude produced elsewhere.

For anyone living along the Keystone XL Pipeline’s route, PAHs are a big deal, said Jules M. Blais, a University of Ottawa chemical and toxicology professor who is unaffiliated with the study.

“From the standpoint of Keystone, the concerns are regarding potential breaches that could contaminate soils,” he said. “The same kinds of things that are getting into the Athabasca River could be relevant to Keystone.”

PAHs, which include phenanthrene, pyrene and benzo(a)pyrene, “are among the most toxic hydrocarbons,” Blais said. “They’re some of the worst things out there.”

The study, conducted by a team co-led by University of Toronto-Scarborough environmental chemistry professor Frank Wania, used computer models to examine the plausibility of official Canadian inventories of PAHs against actual measured PAH concentrations found in the Athabasca Oil Sands Region where Alberta’s tar sands are produced near the northern end of the proposed Keystone XL Pipeline. 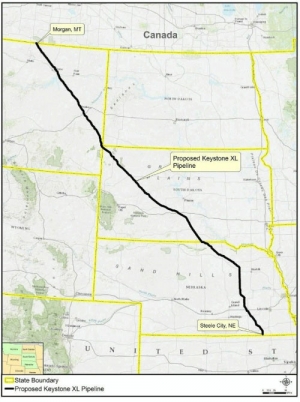 Previous studies have found that fish and other aquatic species are harmed when they’re exposed to oil sands water and sediments produced in the region, according to the study. Increased concentrations of PAHs are found in oil sands tailings ponds and have been found in the Athabasca River, which threads through the oil sands region.

“We found that the predictions the model uses were too low than what has been measured,” Wania said. “The officially reported emissions are very likely too low.”

When Wania’s team looked for reasons the emissions inventories were too low, they discovered that tar sands tailings ponds — storage ponds used often for toxic mining waste material — might be an answer.

“In our second set of model calculations, we included tailings ponds and allowed evaporation of PAHs to occur,” he said. “The concentration we calculated was closer to what is being measured, so it indicates that quite possibly tailings pond emissions are part of the explanation of why the emissions are too low.”

Blowing dust could also be a source of PAHs, he said.

Because sources of these emissions may not have been considered in official inventories, the risk PAHs pose to human health and the environment may be much greater than previously thought, Wania said.

That’s important because PAHs are a health issue for anyone living near the tar sands or the Keystone XL pipeline if it were to leak, he said.